It is critical to systematically monitor inflation by various services categories. 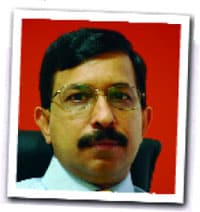 Rising inflation, particularly in food items, has been a major party-pooper in India’s celebration of its unprecedented growth. And there are complaints that rising prices are biting more than what the official price indices indicate. This disconnect is because we don’t have a measure of inflation which reflects the living conditions of the entire economy and can be simultaneously used for monitoring price stability.

Various measures of inflation differ in terms of their coverage, frequency of reporting and the use they can be put to. The wholesale price index (WPI), the measure of headline inflation in India, misses out the services sector which now accounts for over 55% of GDP. The consumer price index (CPI) includes some services but represents only some segments of the economy. The GDP deflator covers the entire economy but is available too late to be of much use. In nutshell, we lack a measure of inflation which correctly represents the prices paid by consumers.

In 2006-07, the WPI and CPI inflation peaked at 6.7% and 7.7% respectively. The inflation in GDP deflator too crossed 6% in the fourth quarter of the last fiscal. With inflation in the fuel group at close to 1%, the major pressure point has emerged from spiralling prices in foodgrains, pulses oilseeds and some other food items. The inflation in manufacturing sector too has firmed up. But what about inflation in services which form the bulk of GDP? The anecdotal evidence suggests that while some of the services like telephony, Internet, etc are becoming cheaper the same is not true for others such hotel tariffs, school education, housing, etc.

The quarterly GDP data recently released allows us to measure inflation in broad categories of services. As the inflation accounts for the difference between GDP at current and constant prices, one can impute inflation in key categories from GDP data. The data reveals that services too have increasingly contributed to the recent spurt in inflation. Inflation in the construction sector went up from 4.6% in the first quarter of 2006-7 to 6.4% in the last quarter. Financing, insurance, real estate and business services too saw a similar rise in inflation.

Thus while some services may have become cheaper others have become expensive. The net impact has been the pick up in the inflation is the services sector as a group. Apart from buoyant demand, the expanding coverage of the services tax is also pushing up prices of some services. This trend is likely to continue. The wages in some of the services with severe demand supply mismatch of qualified workforce will also witness price pressures. It is critical to systematically monitor inflation by various services categories. The WPI is woefully inadequate and shifting to a more comprehensive index which accurately reflects the cost of living will allow effective measurement and monitoring of prices.