Real estate sector hopes for new phase of growth in 2015

Since the new Government took over, there is a growing positivity among the real estate sector that can now hope for a new phase of growth.

Within a span of six months since the new Government took over, there is a growing positivity among the real estate sector that can now hope for a new phase of growth: be it in the commercial or the residential segments. The Government has taken many steps to create an environment of growth for the sector. The policies have been two-pronged, which includes providing greater access to funding on the one hand and extending liquidity to the end-user to strengthen affordability. Both steps would lead to a balance of demand and supply in the near future.

The Indian government has allowed foreign direct investment of up to 100% under the automatic route in real estate projects. This will be for housing, townships, commercial and industrial construction to boost infrastructure activities in India. There is provision for reduction in the area from 50,000 sq m to 20,000 sq m and reduction in minimum capitalisation for FDI investment from $10 million to $5 million. This will help boost urbanisation, especially in tier-2 and tier-3 cities, which were struggling to develop large projects. Making them smaller and more manageable will attract FDI and expertise in setting up new townships and cities.

To ensure that there is a genuine effort to increase affordability, the government announced some key reductions in the direct tax structure in the interim budget. The tax benefits for consumers and housing loan borrowers were the main demand from the industry to stimulate the sector. The increase in exemption limit from Rs 2 lakh to Rs 2.5 lakh will help household savings. Additionally, the limit on home loan interest has been raised from Rs 1.5 lakh to Rs 2 lakh. Increased savings coupled with increased tax benefit will go a long way in motivating home buyers who have been reeling under the pressure of high inflation and high interest rates.

Notably, the government has been promoting investment from the Non-Resident Indian (NRI) and Person of Indian Origin (PIO) communities. The Reserve Bank of India has given permission to all foreign citizens of Indian origin to carry out property transactions in India in residential as well as commercial sector. The government has not only tried to boost demand but also supply-side factors, in that, it has clarified on how Real Estate Investment Trust (REIT) investments will be taxed. With this, we are on the threshold of initialising REITs once Sebi gives its nod. Innovations like REITs will open channels for both the commercial and infrastructure sectors. All these measures have led to a rise in general confidence among investors, developers and end users which is expected to alter the way 2015 is expected to be. It will create a better milieu for growth of real estate, backed by a strong economy and consumer/end-user confidence. 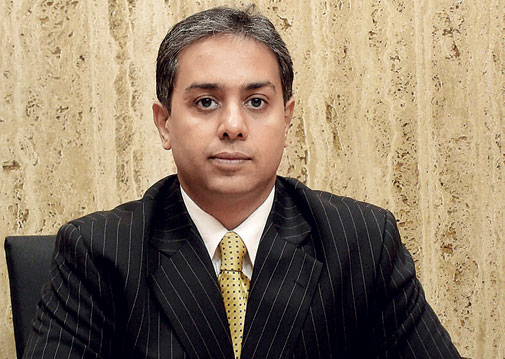 As against the residential market, the commercial market has already positively reacted to the changes in the Indian economic condition. Starting with the uptake of commercial properties including leasing, leading cities of India are expected to record net absorption of over 32-33 million square feet (msf) which will be higher by close to 40% from that achieved at the end of 2013. Bangalore is likely to lead this spurt with 10-11 msf net absorption, the highest among all cities followed by Delhi-NCR at 6.5-7.0 msf and Mumbai with 5 -6 msf.

With expected improvements in the economy and Wakefieldpick-up in demand our initial estimates for 2015 suggest that net absorption will be closer to around 37-38 msf, a probable increase of 14-15% from 2014.

On the supply side, 2014 is expected to end with a total of 36-37 msf supply for the entire year, which translates to around 29-30% increase from last year. Hyderabad has shown a remarkable increase of 2.8 times from last year and, similarly, Bengaluru 2.2 times. The growth momentum in new supply is expected to continue in 2015 as well, which is likely to see a 28% increase. The current estimates show the supply pipeline for 2015 to be around 45 msf. However, given past trends, we feel that some of this supply could be deferred to 2015 and the total may be closer to around 40-42 msf.

With the Union Budget only a couple of months away, all eyes will be focused to see what more the central government will provide.