Super-affluent in India are looking beyond traditional investment avenues

Once invested in little more than brick and mortar, shares, debentures and gold, they are now looking at relative rarities that promise the fizz, pop and bang of exclusivity, as well as adventure.

Govind Dhar
India's Ultra High Net-worth Individuals (UHNIs) have moved beyond humdrum traditional investment avenues. Once invested in little more than brick and mortar, shares, debentures and gold, they are now looking at relative rarities that promise the fizz, pop and bang of exclusivity, as well as adventure. Investments in art, fine wine, luxury estates and other treasure assets - as they are called - can be as exciting as they are daunting. 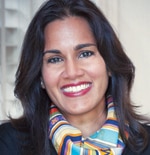 Indian clients are becoming an increasingly powerful force in the art market: Yamini Mehta, Sotheby's International Director for Indian and Southeast Asian Art
There is no dearth of Indians looking to buy their first M.F. Husain or S.H. Raza. But after the 2008 economic crisis, India's art market has not rewarded investors. Indian contemporary artists collectively earned 22 per cent less in March sales this year at worldwide auctions over a year earlier, according to ArtTactic, a London-based art market analysis firm. Indeed, Indian art is no more the charmed conversation-starter it used to be. Is it time Indians began adding Picassos and Monets to their collections?

"Traditionally, Indian buyers concentrated on their own artistic heritage, but they are now venturing into other areas of the market, including international contemporary art, impressionist and modern art and old master paintings," says Yamini Mehta, Sotheby's International Director for Indian and Southeast Asian Art. "Indian clients are becoming an increasingly powerful force in the art market. In the last year alone, we have seen a 42 per cent increase in their spending at Sotheby's sales globally." A V.S Gaitonde1962 painting raked in 698,500 pound at Sotheby's, also in June
There are, however, pitfalls with investing in art. Paintings aren't easy to liquidate in a hurry. Also, following a trend could prove unfruitful. "Your primary consideration when buying art should always be whether you love the work or not, rather than whether you believe it will appreciate. Buying from a reputable auction house adds value over time because that adds to the history of the work. It is something that your grandchildren will thank you for," says Mehta.

The upside of working with experts? In March, Sotheby's New York sold a part of Amrita Jhaveri's collection entitled the Amaya Collection, featuring M.F. Husain, Tyeb Mehta, F.N. Souza and others. Sotheby's garnered $7 million at the sale, while four of the artists sold at prices higher than they had ever done before.

WINE
Fine wine continues to hold its own as an absurdly-priced luxury. As for investing in it, experts say it's worth taking a punt on if you're already secure. "Wine is a low-risk and stable investment," says Robin Khanna, Managing Director of Bordeaux Traders, a fine wine investment consultancy. He prefers an initial investment of Rs 10 to 15 lakh in wine and a holding period of at least 18 months. Khanna, an Austrian of Indian origin, has worked at some of London's top wine brokerages. In 2009, he started his own venture Bordeaux Traders and today has clients in the US, Canada, the UK, France, Germany, Switzerland, India and China. "There's a lot of interest in this area from emerging economies, but India is only just beginning to get involved," says Khanna. He notes that some of his clients have seen double- and even triple-digit returns on portfolios maintained for 12 to 24 months. Indians have been investing in fine wines as a hedge against equities and commodities: Robin Khanna, Managing Director, Bordeaux Traders
"Indians have been investing in fine wines as a hedge against investments in equities and commodities," adds Khanna. Bordeaux Traders even offers wine futures to clients willing to take a little more risk. "So far the Indians we've dealt with were very keen to understand this market, the risks, and they were very, very careful with their money." The downside in wine investment? In the US and Europe, profits on wine trading are not taxed, but in India they are. Bordeaux Traders charges 3.5 per cent on initial investment, and another two per cent on annual portfolio value. It then takes care of everthing - buying, advising, insuring, transporting, etc. It also takes a 20 per cent cut on the profit when a portfolio is liquidated. "The best we've got so far was from a shipping family in India. It put in $150,000," says Khanna. One of the most exclusive properties in the world, located on the Noetzie Beach in South Africa
REAL ESTATE
In luxury estates, the Indian super rich have been investing globally. Penny Mosgrove, Managing Director of the global concierge services company Quintessentially Estates, says that Indians tend to favour London along with destinations in the Indian Ocean and the Maldives. "We specialise in finding properties for clients who aren't on the open market," she says. "It is a very discreet service and clients can then keep their purchases under the radar. Typically, Indians invest between 1.5 million pound and 4 million pound on investment properties. Generally, we advise clients to hold properties for a minimum of five years to make sure they get an excellent return on their investment." Generally, we advise clients to hold properties for a minimum of five years to get an excellent return on investment: Penny Mosgrove, Managing Director, Quintessentially Estates
Many affluent Indians see London as a safe haven for their investments. "London is synonymous with UHNIs looking to add to their property portfolio or have a luxury home in the city as part of a lifestyle choice," says Ila Amba, Head of the South Asian Desk at real estate firm Knight Frank, London. "The majority of our business at the South Asia Desk derives from India." Amba says Indians prefer central London. In prime central London, property rates can vary from 500,000 pound to 150 pound million for houses or flats ranging in size from 400 sq.ft. to 45,000 sq.ft. "Regardless of age, Indians always look for appreciation on their investment and keep their properties for three to six years," says Amba. The author is former Executive Editor of Robb Report India and writes on luxury, arts and culture for publications in India and West Asia