The demand for top talent to manage change in a tech- and data-led world remains strong. Our top B-schools lend India Inc. a helping hand to grow in a fast-changing world.

Indian business school campuses are abuzz. It is that time of the year when, in many campuses, companies recruit summer interns, a route that more and more of them are taking to find potential employees instead of relying solely on the half-hour interviews during final placements. This year, as India Inc. gets ready to expand after years of surviving in a slow growing economy and embraces technology and data to manage change, the buzz on B-school campuses is louder. 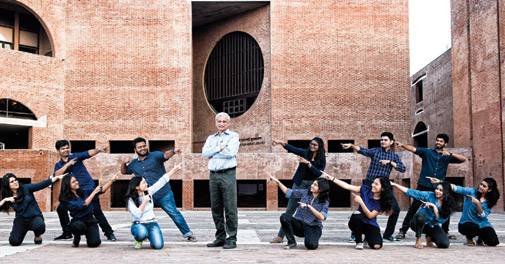 Consultants are among the top favourites again - they hired one-third of the batch at IIM-Ahmedabad (IIM-A) - as more and more companies engage them to manage change and grow in the marketplace increasingly getting impacted by technology. So are banks, again looking to adopt latest technology and use big data to put years of slow growth behind them. Ecommerce, the most sought-after sector during the peak of the funding boom till a few years ago, seems to be getting back after a lull; it accounted for 10 per cent placements at IIM-A. And the IT sector, say placement heads, is all but missing, a reflection of muted demand despite all the focus around digital transformation for their clients.

While hiring trends reflect broader economic shifts, the countrys B-schools are themselves going through a major churn. The overall rankings of the top B-schools, more or less unchanged from last year, do not do full justice to the effort each institute is putting in different areas to offer a higher value proposition to students, recruiters and faculty. For instance, though IIM-A has been ranked the country's top B-school, in terms of offering global exposure, IIM-Calcutta is way ahead, followed by XLRI, IIM-Bangalore, SPJIMR and MDI.

In student and faculty foreign exchange programmes, too, SPJIMR and a few others among the top 25 have done better than IIM-A, though in terms of salaries offered during campus placements, most of the leading schools have scored well. As for the learning experience, all top three IIMs (IIM-A, IIM-C and IIM-B) stand out, followed by SPJIMR. That apart, institutes like IIM Indore and Indian Institute of Foreign Trade have built on their previous year's strengths in this space (see The Top 10).

The race to be the best is truly on. So are efforts to provide talent/skills that the corporate world needs to survive the cut-throat marketplace. "Businesses are continuously recreating themselves and looking for people who have content knowledge from the field and conceptual knowledge from text books and study material. We try each year to build on the content knowledge by ensuring faculty that brings those components into classrooms from their research and consulting experiences," says Errol D'Souza, Director, IIM-A.

The school, unlike most others that follow a day system for placements, has a cluster cohort system where companies are divided on the basis of the sector. Giving a sense of numbers and trends, Amit Karna, Chairperson, Placements, IIM-A, says, "Overall, the numbers have been quite positive. In 2018, 124 students, about a third (32 per cent) of the batch, went into consulting in final placements as against 103, or about 27 per cent, in 2017, followed by banking, which hired 15 per cent of the batch. Then there were consumer goods players. One highlight was ecommerce, which hired 10 per cent of the batch. The IT sector, however, hired less."

These numbers also tell us how the next year is going to be as companies anticipate early so that they can invest in human capital, he says. The conclusion is that the hiring tempo will continue, and so will the difficulties with companies attempting transition. Consultants are likely to make a lot of money (See "Domain Dons").

The story is not very different in other campuses. For instance, the IIM-B class of 420 that passed out in February this year got 462 offers from over 140 companies. Many recruiters made more offers than initially indicated. Prashant Mishra, Dean, New Initiatives and External Relations at IIM-C, says there has been a general year on year rise in number of companies visiting the campus and offers made by them. Also, companies are opting for a more deeper and continuous engagement with students. This is showing in the rise in the number of pre placement offers.

Calling it a good year, SPJIMR dean Ranjan Banerjee says his school has ensured that it not only builds on its niche and contemporary offerings to students but is also able to sustain and build on recruiter interest. "While some traditional recruiters like FMCG, consulting and others have remained strong, there has been some recalibration of the way talent is sought," he says. For instance, he points to consulting coming with a much sharper focus on technology and implementation. Consulting recruited the highest numbers, overtaking FMCG.

Apart from these, there is growing interest from what he calls new age tech dotcoms with scale and interesting business models like Uber, OYO Rooms and others, apart from e-commerce players like Amazon and Flipkart. He also sees momentum from conglomerates building on their pool of business leaders. Pramath Raj Sinha, the founding Dean of Indian School of Business and co-founder of Ashoka University, Sonepat, Haryana, has seen the recruitment landscape closely over the years. "Given some successes we have had with our Vedica Scholars Programme for Women in Delhi (an alternative masters in business administration programme) and Young India Fellowship at Ashoka, I think recruiters are looking at broader skills, more breadth in profiles, broader perspective, better communication and leadership skills."

Student aspirations cover the entire range from seeking established brands to venturing on the start-up route. J.K. Varshika, in her second year at IIM-B, hopes to see herself as a management trainee under a brand manager in a big firm and in the long run get into a niche role like digital media marketing consultant. Her batchmates, however, have mixed views, with some preferring the big, established firms and others keen on a bigger role at a start-up.

Some, like IIM-A's V. Raghuram, are not sure. This chemical engineer from IIT-Kharagpur who interned at a consulting firm wants to look at start-ups for a more impactful role but is not sure at the moment. "I am trying to talk to all my batchmates to understand their experience to see what will be a good fit," he says.

Most schools and students say talent assessment is shifting from the half-hour interview during the final placement week. Companies want to engage with students for a longer period. Summer internships are aimed at this. Except for a few leading schools such as SPJIMR, which has an autumn placement model (instead of the April-May period for internships, at SPJIMR, the time is mid-August to mid-October in the second year as summer months are spent on visiting villages and working with NGOs) and about 50 per cent students get pre-placement offers based on autumn projects, most other leading schools, especially the IIMs, have summer placement interviews around October/November. As this issue was being put together, the numbers were trickling in. This time, at IIM-B, around 150 companies visited the campus as against around 130 last year.

In all, 442 offers were made (all students apparently got summer placed). How many end up getting pre placement offers will be known by December next year. But past trend shows the numbers will rise. "Last year, out of the total batch of 400 students, 155 got pre placement offers, and this year, the number could perhaps go up to 180," says IIM-B Director G. Raghuram. 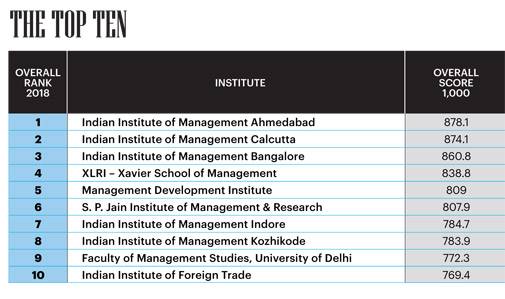 At MDI Gurgaon, 98 companies descended on the campus for selecting students for summer internships, with 31 new recruiters among them, up from last year's 90 companies and 28 new recruiters.

This is how it works. Students join a B-school (say an IIM) in June, interviews for summer internships happen around October/November and they intern from April to end of May the following year. Then, by December, companies make pre placement offers and then visit for final placements around February.

Does this focus on pre-placement offers do any good? IIM-B Director Raghuram says, "From the educational point of view, I am ambivalent whether this is a good trend. If I put myself in the shoes of companies, I think it is a good trend, because they are assessing people on a multi-dimensional scale and giving students an opportunity for seven to eight weeks where they can be put through different departments."

Pre placement offers is not the only route the companies are taking. They are deepening engagement with campuses through case competitions, buddy programmes, training in case studies and talks, all driven by the argument that a prolonged engagement with students may be better.

But IIM-B's Raghuram also reminds that "from the institution and education point of view, where we would like to believe in two years of good educational time, where you are going for knowledge, the way I am spending time is getting more placement-driven. We are worried that here is a person who is joining us in June and by November you are beginning to assess him or her. So, while the assessment period and the dimensions of assessments are on the rise, the assessment is in some sense encroaching into pure learning. That, I think, is a concern."

Agreeing that it is a growing trend, Amit Karna of IIM-A says today close to half or more than one-third batch gets pre placement offers, though in case of IIM-A, pre placement offers are not taken with conditionalities as a final and binding option. The idea is to give both the recruiter and the student time to re-engage and see if the fit works or not. 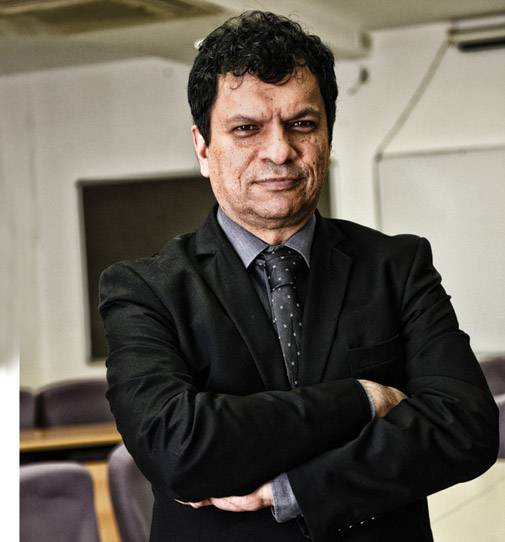