The gain and pain of getting credit

Stringent lending norms will make it difficult to secure loans, but the cost of borrowing will definitely go down.

>2009: A year of hope
>Favourable for end-users
>After detariff, what?
>'The new pension scheme is portable across jobs and locations'
>Charting a brand new cours
>Back to savings
>Your money, your life
>Better security for sunset years
>Setting a tough goal
>Borrow to build assets
>Money on the move
>More covers, customisation
>Crisis could be cathartic

The power of credit is tremendous. A house, a car, vacations and impulsive buys are all possible on credit. Until recently, borrowing was easy and banks and credit card companies were known for pushing loans and cards on passers-by. This continued as long as there was sufficient liquidity in the system. Now, however, the process of qualifying for a loan will become stringent as will the amount that you can borrow.

Says K.V.S. Manian, group head, retail liabilities, Kotak Mahindra Bank: “Many people were borrowing to the extent that they found it difficult to service the loan. This is being addressed and the lenders will take steps to make lending norms more stringent.” The days of finding almost 90-95% of house value as loan are over. The good news is that interest rates are set to go down and touch about 10% by the end of 2009. There will also be more takers for hybrid loans, which will blend fixed and floating rate loans to offer borrowers a mix that they can control based on their repaying abilities.

Loans against shares and property, which had seen frenzied activity, will also find new rules coming into force. For instance, banks now lend funds amounting to 40-50% of the market value of shares held in a demat account, usually computed every weekend. With the markets crashing, there will be a reduction in such loans. While the overdraft option will exist, the rates will be far less attractive.

The biggest change is expected on the credit card front. “Card companies will be strict with defaults and delays,” says Amit Dutta, vice-president, marketing, American Express. They will not only penalise for delays, but also downgrade the credit limit. Cards will also carry differential interest rates for defaulters and those who have a good credit history, encouraging those who pay on time with exclusive offers.

Security concerns may prompt the use of credit cards with encrypted chips. Card issuers will work on better loyalty programs to engage cardholders. “Standard discounts on swipes in wide locations and transactions above pre-fixed differential discounts will be packed into the card,” says Manian. 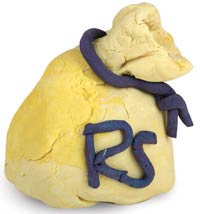 There are also rumours about debit-cum-credit cards that will let you decide how much you wish to pay from your account and how much you wish to borrow on your credit card. Such cards will allow the cardholders to hedge their borrowings. The amount that is swiped as debit will help them reduce interest rate volatility, especially if they are likely to delay the credit component of the repayment.

The lending industry may also see the emergence of loan brokers. These will be similar to entities in the west that negotiate a loan on a customer’s behalf to get him the best deal at terms that suit his requirements. The intermediaries, especially the ones that offer features that allow you to compare loans across lenders, will be the first to enter this space.

Interest rates are likely to fall and that will stimulate borrowings. However, borrow only if you can earn more than the rate at which you borrow. This will allow you to exploit debt rather than be exploited by debt.