The End Of The Super CEO 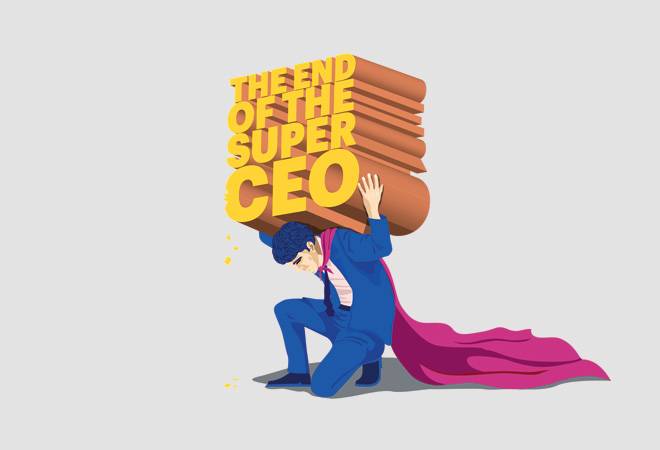 Russi Mody had a 53-year stint at the Tata group. He was managing director for 19 years - the last nine also as chairman - at Tata Iron & Steel Company.

He lorded over the Tata group for years among other satraps, including Darbari Seth, Chairman of Tata Chemicals, and Ajit Baburao Kerkar, who led Indian Hotels Company. A decade before them, Ashok Ganguly was chairman of Hindustan Lever from 1980 to 1990.

All of them were Super CEOs, but that was in the last millennium. In a young and changing India, there are just a handful of such all-powerful professional Super CEOs left. They could well be the last of the lot.

Anil Manibhai Naik, 77, lords over Larsen & Toubro, India's engineering behemoth. As Non-Executive Chairman, a position he has held for two years, his presence is still felt as his successor, S.N. Subrahmanyan, and the different vertical heads still regularly consult him at his corner office in the Landmark building in Mumbai's Andheri for key decisions. Naik does not mince words in public and criticises governments. He has always been aggressive, assertive and authoritative, say people who interact with him. At L&T AGMs, shareholders 'plead with Anilbhai' not to desert L&T. Naik regards L&T as his 'temple' and himself as its 'keeper'. Naik highlights how he made 80 per cent of the Rs 1.2 lakh crore revenue of L&T today, from about 85 businesses. And how, since he took over as its CEO and managing director in 1999, he professionalised the company, brought in entrepreneurial aggression and converted L&T into the nation's pride. Since 1999, L&T's revenues have grown 25 times and market capitalisation 85 times.

Another Super CEO is ITC Non-Executive Chairman Yogesh Chander Deveshwar, who has led ITC for two decades. Deveshwar has been an ITC man since 1968 (except during 1991/94 when he was chairman of Air India). Like Naik, who saved L&T from hostile takeover attempts by the Ambanis and the Birlas, Deveshwar withstood a hostile takeover attempt by British American Tobacco Company. He diversified ITC from just a tobacco and hotels company into a formidable player in FMCG, paper, packaging, agri-business, IT and lifestyle retail sectors too. ITC's revenues rose ten-fold from when Deveshwar took over in 1995/96 to over Rs 50,000 crore, while PAT rose 37 times and market cap 47 times by 2015/16, when he decided to move to a non-executive role. Another such is Deepak Parekh, who joined HDFC in 1978 to assist his uncle to build the mortgage financing business after working abroad and went on to make it one of the largest NBFCs. Parekh also picked the right leaders. He brought Aditya Puri from Citibank to head the bank. He also did smooth succession planning by creating a space for Keki Mistry as his successor at HDFC Ltd.

But things are changing. "One cannot be an expert in all segments of the business and take decisions individually. The new-age CEO needs to find the right people for the right job and co-ordinate smartly," says Sunil Mathur, the first India born managing director and CEO of Siemens India.

Today, few CEOs get the kind of freedom or long tenure to undertake risky experiments due to regulations and board scrutiny. The focus is on quarter to quarter growth. In family-run businesses, promoters keep a firm grip on professional CEOs and do not like employees hogging the limelight.

Kavil Ramachandran, Thomas Schmidheiny Chair Professor of Family Business and Wealth Management at Indian School of Business, Hyderabad, does not rule out the emergence of Super CEOs as long as firms have weak boards. "Powerful people need to be checked and only a strong board or activist shareholders can do it. However, with surge in interest in governance in the wake of many incidents and regulator concerns, let's hope there are stronger checks," he says.

S.V. Nathan, Chief Talent Officer, Deloitte India, says the new-age CEO will be the one who is able to build a performance-driven organisation, where anyone can say I can rise to the top. "Domain knowledge, open-mindedness, knowledge of regulations and ability to manage changes are essential traits of a new age CEO," says Nathan.

"As management expert Jim Collins points out in his book, Good to Great, many super CEOs could never deliver a sustained and consistent performance," says Paul Dupuis, CEO of Randstad India, the Indian arm of the Dutch HR consulting firm. While the role of new-age CEOs is changing, attitude issues are important. "No modern management will prefer someone who is dictatorial and pompous," says K. Sudarshan, Managing Partner, EMA Partners. "The days of Super CEOs are over," says Nathan.

In family businesses too, the role of dictatorial patriarchs is changing. Many are bringing in professional CEOs. One such is Ajay Piramal's Piramal Enterprises. In 2010, he sold off his flagship business to Abbott for $3.8 billion and has built an over $10 billion empire covering financial, pharmaceutical, knowledge management, real estate and glass sectors. Each business is run by a professional CEO with a board and a common management council headed by Ajay Piramal.

In changing times when businesses are becoming technology intensive, market dynamics are changing and pressure to perform quarter to quarter is giving sleepless nights to CEOs, will India Inc. see such "Super CEOs' in future? Seems doubtful.