The FM has set the stage, but timely execution is critical 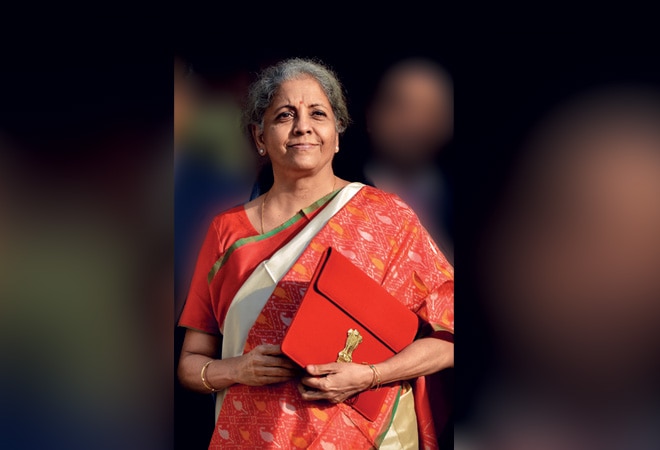 The BSE Sensex, the 30-stock bellwether index of the Bombay Stock Exchange, zoomed 2,315 points - rising 5 per cent - on the day Finance Minister Nirmala Sitharaman presented Union Budget 2021/22. The buoyancy continued the next day too, indicating that the fine print also looked good to investors. "Uncluttered and smart," is how Mumbai-based broking firm Anand Rathi described the Budget.

It has been quite some time since a Union Budget received such a resounding approval. In addition to markets, economists, corporates, bankers and experts tracking the Indian economy have responded positively to the budgetary proposals. Some are very enthusiastic, others are not, but very few are complaining about the prescriptions Sitharaman has for reviving the pandemic-hit Indian economy.

It is not about any magical change in overall numbers as the size of Budget 2021/22 is roughly similar to the current year's Budget with overall receipts falling 2 per cent and expenditure rising 1 per cent. The attraction is the deft realignment of available resources to stimulate investment in key areas like infrastructure and healthcare, bold and ambitious disinvestment to generate more resources, decision to borrow more to spend more, among others. The government succeeded in putting together all these and more as a credible, transparent plan to support and facilitate the great reset of the Indian economy. Its counter cyclical fiscal policy approach - suggested by the Economic Survey - involves pumping in more public funds into areas that can create most impact on the economy until private sector investments revive. The result: A 137 per cent increase in allocation for health and well-being, a 32 per cent increase in allocation for infrastructure development, and no additional tax burden. The success of this great reset, though, lies in its timely and effective execution.

The biggest reset is in the way Budgets are looked at. It adopted the suggestion given by Economic Survey 2020/21 that a counter-cyclical fiscal policy that remains centre-stage to support growth during a crisis is the need of the hour. The Budget deviates from the fiscal consolidation path and talks about fiscal deficit at 6.8 per cent of gross domestic product (GDP). For FY21, the deficit is even higher at 9.5 per cent of GDP against budgeted 3.5 per cent. Sitharaman made it clear that the government is funding higher expenditure in the pandemic-hit year through additional borrowings. "We have funded this through government borrowings, multilateral borrowings, small saving funds and short-term borrowings. We would need another Rs 80,000 crore for which we would be approaching markets in these two months," she said. The assumption is that if growth comes back even with higher debt and fiscal deficit, the higher GDP will push up revenues and neutralise higher fiscal deficit and higher government borrowing because of the denominator effect.

"Only three times has a Budget followed a contraction in the economy. All such contractions were a result of situations typical to India. This time, the contraction in our economy is due to a global pandemic, just like in several other countries," said Sitharaman as she began her Budget speech. The context was important as Budget 2021/22 was being prepared in a year that saw pandemic-linked lockdowns, resulting in weak revenue inflow and high expenditure to provide essential relief to vulnerable sections of society. As per the National Statistical Office, real GDP for 2020/21 is estimated to contract 7.7 per cent, against 4 per cent growth in 2019/20. Fiscal deficit of 9.5 per cent for the year will be a huge jump from 4.6 per cent in FY20. The current year, in other words, has seen the government firefight to ease supply disruptions in more ways than one. More money was spent. A series of announcements, which Prime Minister Narendra Modi called "mini-budgets", were made. In all, the three 'Atmanirbhar Bharat packages,' including measures taken by RBI, put in about Rs 27.1 lakh crore, or 13 per cent of GDP, to withstand the onslaught of the pandemic on the economy.

Lets see how the reset works when it comes to healthcare.

There is an 82 per cent increase in the allocation for the health sector alone (137 per cent if you add the allocation for drinking water and sanitation) in Budget 2021/22 compared to 2020/21. Much of the increase is due to the Rs 35,000 crore for Covid-19 vaccination. Chief Economic Advisor Krishnamurthy Subramanian believes vaccination will serve as a confidence building measure to revive sectors like travel and tourism. "Once vaccinated, people would want to go on a vacation, go for a massage, lead a normal life as it was before Covid-19," says Subramanian. Spending on vaccination is a way to reset the services sector, which is worst impacted due to Covid-19. Adar Poonawalla, CEO, Serum Institute of India, one of the two vaccine makers supplying Covid-19 vaccines, says the governments emphasis on vaccination will help India recover rapidly from this pandemic.

The second pillar - physical and financial capital and infrastructure building - has similar ripple effects. The Budget provides an outlay of Rs 1,18,101 crore for the Ministry of Road Transport and Highways, of which Rs 1,08,230 crore is for capital expenses, the highest ever. "There is a renewed investment focus across infrastructure sectors, including railways, healthcare, water and waste, urban infrastructure, roads and highways, city gas, dedicated freight corridors, fishing, ship recycling hubs. This is likely to kick-start greater demand for key inputs like iron, steel, cement and other industrial products, apart from creating jobs. And the demand for engineering and other services to build these projects," says Bhavik Damodar, Office Managing Partner, Mumbai, of global consultancy KPMG.

Sitharaman has also clicked a reset button on the way Budgets are reported. Over Rs 1.86 lakh crore that were considered extra budgetary resources earlier have been integrated with the budgeted expenditure. This is one reason for the rise in fiscal deficit, but will surely deliver more transparent accounts.

One challenge is the Rs 1.75 lakh crore disinvestment target for 2021/22. Barring a couple of years, successive regimes have failed to meet disinvestment targets. The proposed disinvestment of two public sector banks and one general insurance company may run into rough weather due to opposition from even affiliates of the RSS. Binoy Kumar Sinha, General Secretary of RSS-affiliated trade union Bharatiya Mazdoor Sangh (BMS) has already called for reconsideration of the proposal to amend the Insurance Act to increase the FDI cap from 49 per cent to 74 per cent. "Aggressive disinvestment programmes, asking NITI Aayog to list new companies for disinvestment, approving disinvestment in non-strategic and strategic sectors, railway scheme for corporatisation will reduce the charm of Atmanirbhar Bharat and benefits of some good proposals in the Budget," says Sinha.

The government had promised a "never before" budget. The outcome may not have been so dramatic, but it is certainly a Budget under "never before" circumstances. Sitharaman can't be faulted since she delivered just what the doctor ordered. And made it more convincing than ever before.