Unlike many of the India Inc. successors who had got smoothly running companies on a platter, Habil Khorakiwala's younger son Murtaza faced a tough beginning
P.B. Jayakumar | Print Edition: May 21, 2017 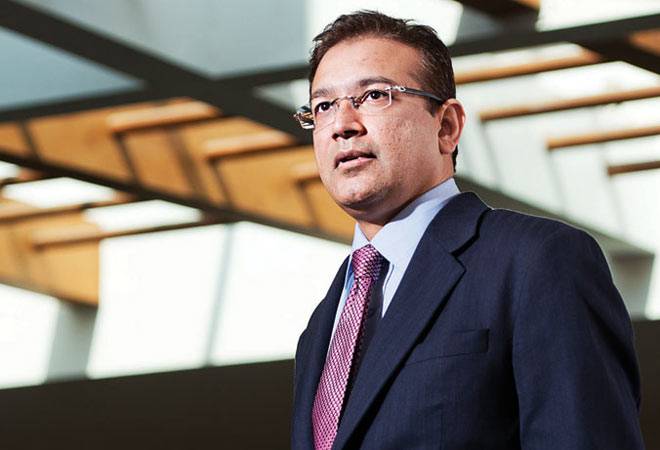 Unlike many of the India Inc. successors who had got smoothly running companies on a platter, Habil Khorakiwala's younger son Murtaza faced a tough beginning. His elevation to the role of managing director in April 2009 came at a time when Wockhardt was passing through the worst-ever crisis in its 50-year history.

Of course, his articulate and assertive father has seen many ups and downs in the course of his business career. But since Murtaza was a soft-spoken, unassuming executive, many doubted his capability to steady the trouble-torn company. Till that time, he preferred to be in the shadow of his illustrious father and was never projected as the face of Wockhardt.

One of the top domestic pharmaceutical companies, Wockhardt was then struggling under a debt load of Rs 3,700 crore plus due to a series of bad but aggressive acquisitions. Worse still, its market capitalisation had fallen to just over Rs 900 crore. In a bid to put the company back on track, Murtaza was named MD - an additional responsibility his father and founder chairman Habil was holding till then. The pharma major also decided to undergo a corporate debt restructuring (CDR) spanning three years.

Warding off the crisis required learning from mistakes as Murtaza and his father de-risked the company's over-dependence on the European market. They adopted organic growth strategies to expand in the emerging markets and also in the US. The India market was targeted with vigour and so was research and development to give Wockhardt a competitive edge.

Selling a number of assets was another strategic move. Wockhardt sold its German subsidiary Espharma (bought in 2004 for Rs49 crore) to Mova GmbH for Rs120 crore. Its veterinary business with revenues of Rs77 crore was sold to French company Vetoquinol for Rs170 crore while the nutrition business was sold to French multinational Danone for Rs1,576 crore. The family's Dartmour Holdings-owned Wockhardt Hospitals sold off 10 of its 17 facilities to Fortis Hospitals for Rs909 crore. That kind of cash infusion over the years helped Wockhardt recover its financial health and brought net debt to 0.18 per cent with a cash balance of about Rs 1,000 crore by 2014/15.

All these efforts have borne fruit and after eight years at the helm, Murtaza is now able to breathe easily. "In 2012, Wockhardt became a rare CDR success story and its share prices jumped more than 300 per cent in one year," he recalls.

Currently, 62 per cent of the revenue comes from abroad as against the earlier 70 per cent or so coming from the European market. In addition, Wockhardt now has five drugs at various stages of development and together, they make one of the most comprehensive antibacterial pipelines. In contrast, pharma majors like Merck, Roche, AstraZeneca and GlaxoSmithKline have just one product in the pipeline. With the global anti-infective drugs market valued at $40 billion, the company may soon hit the growth button as never before.

In 2012/13, the company posted its highest-ever sales of Rs5,610 crore and a net profit of Rs1,594 crore after many years of losses. In 2015/16, consolidated sales stood at Rs4,461 crore with a net profit of Rs 325 crore, falling slightly short of previous year's revenue of Rs4,481 crore and net profit of Rs405 crore. Investor confidence is also back and market capitalisation stands at over Rs8,000 crore.

That the shuffle at the top worked out so well in terms of revival should not take one by surprise. Murtaza was no greenhorn when he was asked to take on the mantle. After getting his medical degree from GS Medical College, Mumbai, and doing an MBA from the University of Illinois, the young doctor had immediately joined Wockhardt Europe and looked after the business for a couple of years. After marriage, he shifted base to India and started looking after the domestic business.

"I have been with Wockhardt for nearly 15 years now. The energy, passion and inspiration within the company were so strong that I just got pulled in. I never regret the decision to join Wockhardt and not getting any outside experience," says Murtza.

Murtaza says his proudest moment as the MD has come with Wockhardt recording a strong performance in India branded business for the past three years. The company outperformed the industry and grew by more than 25 per cent for 2013/14 and 2014/15.

But all was not well in the financial year ended March 31, 2017. The India business growth slumped to 10 per cent, mainly due to demonetisation and price controls. The company's recovery was also arrested over the years as it grappled with compliance issues raised by the US Food and Drug Administration (USFDA), which affected its plants at Ankleshwar, Chikhalthana and Waluj. Its U.S. unit also got a warning letter from FDA for violation of norms. Troubled by the subdued business in the US, demonetisation in India and continuous remediation costs, Wockhardt posted losses of Rs21 crore on sales of Rs3,151 crore during the first nine months of the financial year 2017. The share prices, which hovered above Rs1,000 per share in April, has now fallen to Rs720 per share.

Murtaza remains undaunted, saying his illustrious father is "an ocean of knowledge, experience, business acumen, vision and entrepreneurship" and he had learnt a tremendous lot from Senior Khorakiwala when he was groomed for the top job. "It is up to me how much I can imbibe and assimilate. I greatly admire his vision, the way he thinks ahead of time, looks into new trends as they emerge and understands how they will shape the future as they unfold," he says.

"I have to take forward the legacy my father has built over the past 57 years. This may be challenging, but I look at it as an opportunity to take the company to the next level on the global map," says Wockhardt's next Khorakiwala.