Good days will be here soon 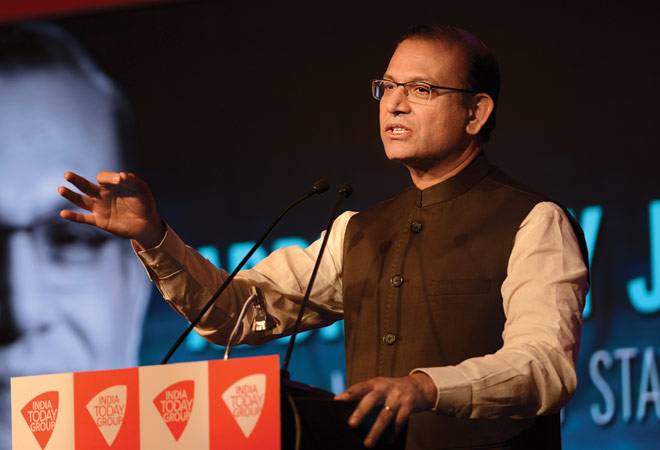 At a time when general dissent by the opposition parties is at its peak - the winter session of Parliament was badly disrupted - Minister of State for Finance, Jayant Sinha, emphasised that the government is committed to facilitate ease of doing business, rationalise tax structures and ensure business competitiveness is encouraged.

The minister, who was speaking at the Business Today MindRush, was the chief guest and keynote speaker at the event. He said the government is working on three key principles: it is pro-poor, pro-market-competitiveness and it promotes cooperative federalism. He said that the government has worked out a social security safety net for the poor. The NDA government, through various schemes, has managed to open bank accounts for most citizens in the lower strata. The social sector schemes are disbursing payments and subsidies directly into their bank accounts.

We want India to be a shining star in the world. We can do that by building India's productive capacity - factories, roads, power plants as well as the skills and employability of our people.

"All these are historic steps that the NDA has taken and would transform the way the poor are treated. There will be no middle-man, the poor will get their money directly in their accounts," Sinha said. "We are increasing the reach of banks, and licences for payment banks, commercial banks and deposit banks have been issued. This will not only increase the reach, but will also transform the way banking is done today. We are reducing corporate tax from 30 per cent to 25 per cent, as well as removing all the exemptions. Most will agree that there is a series of litigation at various levels only because of exemptions. We are doing away with this," he announced.

We are a pro-poor and a pro-market government; they are two sides of the same coin.

Sinha further added that the government is bullish on investments in infrastructure; this includes power, roads and railways, among others. "Railway Minister Suresh Prabhu has prepared the blueprint for an investment of Rs 8.56 lakh crore by 2019. Some quarters are criticising the countrys plan to invest in bullet trains; I am sure they haven't gone through the numbers. JICA (Japan International Cooperation Agency) is providing loans at 0.1 per cent, and the payouts will start after 15 years," he said. Similarly, he said, Road Transport, Highways and Shipping Minister Nitin Gadkari has accelerated road construction from 3 km per day to 18 km per day.

"Critics may say that there are no big bang reforms. But I believe that 'big bang', like beauty, lies in the eyes of the beholder," he remarked. He said that the Central government is working with the state governments to improve the ease of doing business. The Indian establishment believes that India may become one of the top 100 countries with respect to the 'ease of doing business' parameter in World Banks annual report. "The target is to get into the top 50," Sinha confidently remarked.

We have already unleashed five or six very major reforms. Bigbang, like beauty, lies in the eye of the beholder.

"Achche din aa rahe hai (good days are approaching)," the minister emphasised. This was one of the poll planks of Prime Minister Narendra Modi, promising large-scale reforms. In the past 18 months, however, the opposition has taken a dig at Modis plank in various assembly elections.

He added that the government is committed to get the Goods and Services Tax (GST) cleared by Parliament. "Through masterful efforts and deft handling of negotiations with most of the states, we were able to build consensus on the GST issue," he said, adding that it was imperative that the principal opposition came on board. "The time has come to pass GST. I implore my colleagues in the opposition to comply," he said.