The awards were given to 30 business leaders and 16 women working to bring about a change in the society. The 30 women business leaders included first generation entrepreneurs, marketing wizards, bureaucrats, legal luminaries, banking leaders and deal makers. The impact category had women working in areas of food safety, poverty alleviation, women's rights, and education, among others. 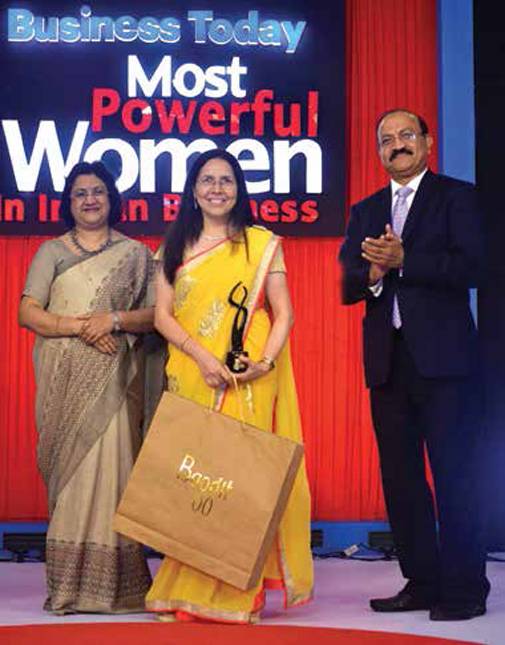 Also in the list this year were three bureaucrats who made a major difference in their sectors - Telecom Secretary Aruna Sundararajan, former chairperson of Central Board of Indirect Taxes and Customs (CBIC) Vanaja Sarna, and Radha Chouhan, CEO, Government e-Marketplace. 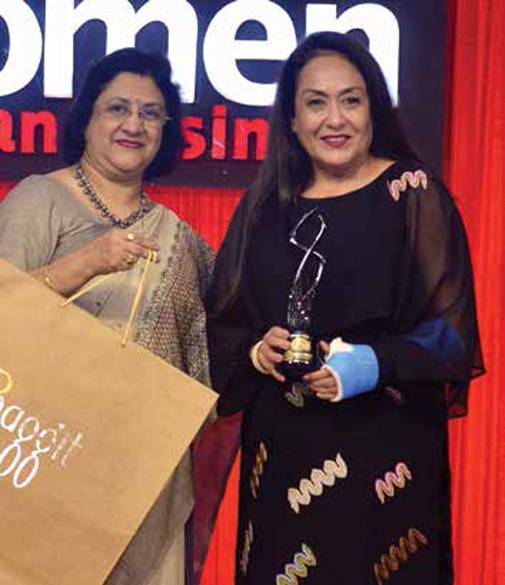 We also had women who are making a mark in the legal arena. These included Supreme Court Judge Indu Malhotra; Neeru Chadha, Judge, International Tribunal for the Law of the Sea; and Justice Prathiba Singh, Permanent Judge, Delhi High Court. Not to be left behind were professional CEOs, including 3M India's Debarati Sen and IndiaFirst LifeInsurance's R.M. Vishakha. Aruna Jayanthi, MD, APAC and LatAm Business Units at Capgemini, made it to the BT Hall of Fame after winning the MPW award seven times The awards were presented by Arundhati Bhattacharya, former chairman of the country's largest bank, the State Bank of India (SBI), India Today Group Editorial Director Raj Chengappa and Business Today Editor Prosenjit Datta. Addressing the audience, Raj Chengappa said: "All you ladies are an inspiration not just to industry and economy but the whole of India. You contribute not only to our great nation's prosperity and might, but also to its honour, dignity, values and to our unfinished quest for equal opportunities to all our citizens irrespective of gender, caste, creed and community." The Impact Women are well known names who have been working at the grassroots. Rukmini Banerji, CEO of Pratham, is accredited with improving learning levels of primary schoolchildren. Phoolbasan Bai Yadav's NGO is helping over two lakh women and 13,000 self-help groups in self-reliance through microinitiatives. Sabarmatee has changed the face of rural Odisha with organic farming. 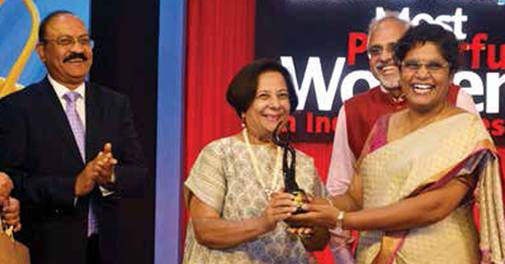 Shayara Bano is fighting a fierce battle against Triple Talaq and has got the Supreme Court to declare it unconstitutional. The event started with business leaders brainstorming on issues that social enterprises face while scaling up. Vikas Goswami, Head, Sustainability, Godrej Industries, said the key issues were lack of talent and excessive dependence of social enterprises on grants, which inhibits their ability to scale up. Praseeda Konam, CEO, Samhita Micro-Finance, said often founders believe that people who join them are motivated not by money but solely by passion. Vijayalakshmi Das, CEO, Friends of Women's World Banking, said it was difficult for enterprises that do not have a strong balance sheet, to raise funds from banks even if they have a smart idea.

The second panel debated the issue of gender wage gap in corporate India. India's gender pay gap is estimated at 23 per cent by the International Labour Organization (ILO). The country is ranked 27 out of 30 countries, due to lack of opportunities, societal attitudes, occupational segregation, care burden, and poor access to transport, among others. Sonal Agrawal, Managing Partner, Accord Group India, said gender pay disparity was a global phenomenon. Meenakshi Menon, Founder and Chairperson, Spatial Access, explained the gravity of the situation in the media sector where the wage gap is the worst at 44 per cent. The problem often lies with the women. Agrawal added that women often don't negotiate much or stay in the comfort zone of their existing workplace.

The BT MPW Awards were presented by Sathyabama Institute of Science and Technology, in association with gift partner Baggit and luxury partner Longchamp.