Download the latest issue of Business Today Magazine just for Rs.49
DOWNLOAD
News
Magazine
Expert View
Why I will remember 2010

With its swings and surprises, growth and aggression, 2010 has left an impact. Here, four industry experts recall why the passing year is likely to be etched in memories - theirs and investors'. The traders suffered, but for some investors, it was a golden period

How would you react if you were to discover that the bull and the bear were not at loggerheads? Surely, it would be a rare occurrence. This is precisely what happened when the market confined itself to a narrow, painful range for the entire year before registering an upside break at over 5,500 on the Nifty, in September.

Prior to this, the realised volatility had gone down to the singledigit range of around 7%. It was an incredible development for the trading community, particularly for the options traders across Asia.

While it was a difficult period for them, it was a golden one for the investors who had automobile and banking stocks in their portfolios. These sectors had a dream run and delivered fantastic returns in 2010.

Investors will also remember the huge returns from the agri-input sector, thanks to the nutrientbased subsidy reform. The companies that are dealing in seeds, fertilisers and pesticides attracted a lot of investment.

While Rallis India scaled up from Rs 600 to Rs 1,500 levels, Gujarat State Fertilizers and Chemicals rose from Rs 200 to Rs 400, and Deepak Fertilisers and Petrochemicals moved up from Rs 235 to Rs 700 during the year. Their fundamentals still look strong and continue to be favoured by investors. The government's keenness to push reforms was surprising
We are about to bid farewell to one of the most spectacular years for the Indian stock market. 2010 has seen a lot of twists and turns. To fight deflation, the central banks of major economies adopted loose monetary policies, which fuelled a liquidity surge.

This benefited India as global liquidity chased high-growth destinations. Factors such as an attractive growth trajectory, strong IIP (Index of Industrial Production) numbers, favourable demographics, consumption-driven growth and excellent monsoons contributed to the stupendous rally that we have witnessed of late.

The government's keen interest in taking the reforms forward was another surprise in 2010. The auctioning of 3G (third generation) and BWA (broadband wireless access) spectrums, deregulation of petrol prices and the successful divestment of some companies, particularly the Coal India public issue, changed the market sentiment and helped provide a big boost to the market.

It was a win-win situation for all concerned. The growth registered by mid-cap banks and polyfilm companies also surprised us. The polyfilm sector was driven by a continuous price rise due to capacity constraints and a huge demand for the end product, while the input costs remained almost constant. Mid-cap banking stocks still remain at mouth-watering valuations as a lot of catching up is due, especially if we compare them with their large-cap peers. 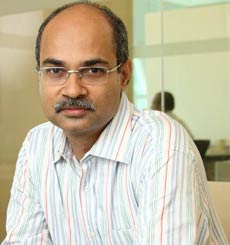 Global policies and asset market recovery were unexpectedThe year will be largely remembered for the recovery in the asset markets and the monetary policies of the governments across the world. The former took a large number of the market participants by surprise.

The bounceback and the extent of recovery, especially in India, was largely underestimated. Even if the actual pick-up started in 2009, the recovery and stabilisation took place only in 2010. The year also turned out to be critical in the context of the global economic recession.

While economists and market participants were expecting a multiyear downturn beyond 2010, the unprecedented, loose global monetary policies helped certain economies, especially the emerging countries, which responded positively to these interventions.

While the emerging markets had been on the radar of most international investors for some time, it was only in 2010 that these started attracting higher allocations. Most of the market participants have begun to realise that growth in the western world is likely to be negligible.

This has resulted in higher inflows in the emerging markets, where economic recovery and growth are strong.

The year will be also be remembered for the contradictory global monetary policies. While the western world is trying to bring inflation back into the system, the policy agencies in the emerging markets are trying to tame it.

The year will be remembered for the way in which the emerging markets recovered from the 2008 economic slowdown. The year began with a sense of disbelief on the recovery in the stock markets since March 2009.

The sentiment sustained till September, after which the markets rallied strongly. Various issues, such as the European debt crisis and poor growth in the developed world, were brushed under the carpet by the dollar, which is creating bubbles in various risky assets, such as commodities and emerging market equities. Many emerging markets reached new highs and several commodities scaled multidecade peaks.

I had expected the Indian markets to touch a new high this year. When these continued to remain range-bound for the better part of the year, I had my doubts. However, immediately afterwards, the boom happened. The negative surprise has been the stubbornly high inflation.

Overall, the year will be remembered for the fact that most domestic investors remained sceptical and continued to withdraw money from the market at every rally. The sense of disbelief and the fact that investors missed the rally have been the dominant features.

However, this is just the beginning of a multiyear rally and investors will have a lot of time to gain.