Bank credit growth shows signs of uptick, backed by retail and agri loans, but is expected to remain muted in FY21 due to asset quality pressures 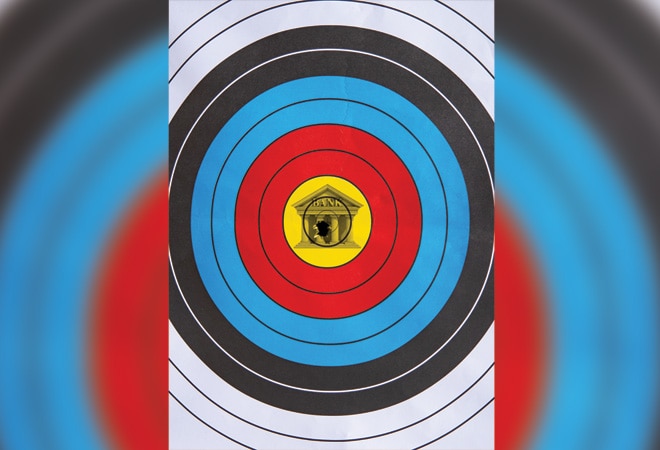 After being on a downward trajectory since March 2020, bank credit growth is showing signs of uptick - it grew 3.2 per cent during April-December FY21, against 2.7 per cent in FY20 - primarily due to strong festive demand. Incremental disbursements (over March) were visible for the first time in November, driven by retail and agriculture credit growth. Going ahead, personal loan segment is likely to be the silver lining, though a lot hinges on overall economic revival as well.

Non-food credit, which accounts for 99.3 per cent of outstanding bank loans, has been weak due to slowing consumption, hit further by a nationwide lockdown. Over the past two years, loan growth almost halved from 12.3 per cent in FY19 to 6.7 per cent in FY20. Since then, credit growth has remained range-bound, 6-7 per cent, year-on-year (y-o-y) till August, but slowed down marginally in the following two months; it surged over 45 basis points in November to 6 per cent from a 5.6 per cent growth in October. "Non-food credit was steady at 6 per cent, y-o-y, in a similar range of 6-7 per cent from March '20 onwards. Absolute credit intensity is not high and has been managed by few segments and sectors, while base effect is slightly aiding and should continue ahead," according to a Prabhudas Lilladher report.

The sectoral deployment of credit for November exhibited muted, but steadier growth trends, supported by retail and agriculture segments. Farm credit growth was stronger at 8.5 per cent, compared to 7.4 per cent in October, on a yearly basis - credit offtake averaged around 4.3 per cent during April-September '20. "Agriculture credit growth has been healthy, driven by the bumper kharif season as well as the favourable outlook regarding the upcoming harvest season. The agricultural economy has been the least impacted because of the economic slowdown and hence has seen a steady credit growth from banks," says Anil Gupta, Vice President, ICRA.

The spotlight again shifted to retail that witnessed a bounce-back after slower credit growth in September and October 2020 - loan growth was 10 per cent in November versus 9 per cent in the previous month and 16.4 per cent last year. It has remained over 10 per cent between May and August. "The point to note is that trends in retail growth have been lower than June-August '20, which were likely due to pent-up demand and slowing momentum in housing loans," according to the report.

Within retail, all segments saw slight improvements in the last four months - housing grew at 8.5 per cent and continues to hover at 8-9 per cent, auto loans improved sequentially by 160 basis points to 10 per cent, credit cards improved to 8 per cent from 6-7 per cent.

"In the retail segment, though growth has slowed down, housing and personal loans continue to be key drivers for banks as asset quality has held up well in these segments, given their focus on lending to salaried customers," says ICRAs Gupta.

According to Reserve Bank of India (RBI) data, 33.9 per cent of individuals with outstanding loans availed the benefit of moratorium as on August 31. Did that have an impact too? "Moratorium could have provided some optical support to credit growth till August, but not now. The pick-up in growth during the festival season and the recent surge in home or auto sales suggest that it was not a temporary blip," says Anand Dama, Analyst at Emkay Global Financial Services.

On asset quality concerns in retail, Gupta believes though it will weaken from past levels, the category is still likely to perform better than other segments. As a result, banks are likely to continue with their focus on expanding credit in this segment.

"The improvement in growth level for retail subsequent to the festival season is likely to continue as banks have more information about customers repayment behaviour during the moratorium and hence they are in a position to take informed lending decisions by ascertaining the quality of borrowers," adds Gupta.

Industrial credit book remained weak in November, though it was a slight improvement from October. It declined 0.7 per cent, y-o-y, compared to a 1.7 per cent fall in previous month. However, medium industries continued their double-digit growth at 21 per cent in November, primarily due to the MSME credit guarantee scheme. "Corporate or industry growth could be volatile and is expected to pick up in Q4, which is typically a seasonally strong quarter. Meaningful pick-up should be seen only in FY22," adds Dama.

On a yearly basis, loans to services grew 8.8 per cent and 9.5 per cent, respectively, during the period under review. Within this, loans to professional services saw a sharp drop, while credit to the NBFC sector slowed to 7.8 per cent, from 9.2 per cent earlier.

The absence of capital expenditure largely explains the muted credit off-take by companies. According to the first advance estimates of the CSO, investment demand in the country, measured as the ratio of gross fixed capital formation to GDP, at current prices, is expected to decline to 24.2 per cent in FY21, the lowest since FY96.

"Overall credit growth remains subdued due to drag by corporates, SME and select segments in retail. That said, festive cheer is continuing in mortgages, auto and cards business, which is likely to sustain due to the underlying strong consumption appetite of Indian consumers. The amount of leverage is still well below global consumers and thereby the scope for growth is huge," says Dama.

The share of industrial segment in sectoral credit continues to be the highest, followed by retail and services. At around 29 per cent, retail mix in overall lending has surpassed the share of services, and is expected to emerge the biggest segment, leaving behind industry, given its weak growth. "Given the expected high growth upwards of 10 per cent y-o-y growth in retail credit and muted credit off-take of nearly 1 per cent y-o-y decline in the industry segment, we expect the share of retail mix in overall lending to further improve and likely to surpass the industry segment in FY22. This will augur well for the banking sector with greater diversification in borrower profile and granularity of the loan book," explains Gupta of ICRA.