Protection for the bull

When it comes to investing, there’s nothing as uncertain as the stock market.

Protection for the bull

In an ideal world, there will be such insurance available. In our far from ideal world, there’s no such thing for individual investors—yet. What there is, however, is insurance for the stock market. No, this is not a policy offered by some enterprising insurance company. This insurance takes the form of large-scale, long-term inflows of funds into the market, which will help protect it from sustained volatility.

Here’s what it’s all about. When the market does not have a sufficiently large and stable base of funds available, frequent bouts of volatility weaken it. However, when there is such a base, the market is able to withstand such blows. This is what serves as insurance for the equity market. In India, this insurance is only now coming into being, thanks to the recent steady inflow of pension and insurance funds into the market.

It started as a tentative trickle a few years ago but has now turned into a rising tide of funds investing in stocks. Unitlinked insurance plans (Ulips) alone have invested over Rs 50,000 crore in Indian equities in the past four years. Keeping step with Ulips are pension funds—both foreign and Indian.

Though it is difficult to estimate the inflow of pension funds into the Indian market, broad indicators suggest a deluge of sorts. In six years, between 2000-1 and 2006-7, the premium paid for pension schemes has risen from Rs 1,906 crore to Rs 22,268 crore a year. Up to 30% of this money is likely to have been invested in the stocks.

So we can safely assume a five-fold rise in funds flow to the stock markets from this source. It’s not just the quantity. What really helps stabilise the markets is the quality of the insurance and pension money coming in. Both insurance and pension funds bring in long-term money that won’t be withdrawn overnight.

Since they do not face short-term redemption pressure and don’t have to produce returns on weekly, monthly or even yearly basis, the managers handling these funds make prudent, long-term investments. This acts as ballast to the markets. Even better, investment in pension and insurance schemes is set to grow much bigger. That’s an assurance for continued inflow of long-term stable money into Indian stock markets for several years (see cover story).

There will, of course, be periodic fluctuations in price as foreign institutional investors, mutual funds and retail investors act on speculations. But the growing presence of long-term capital will act as a small but certain buffer or stabiliser to market movements. So, next time you buy an insurance policy, you are not only insuring yourself, but are also helping to stablise the stock markets.

Have you ever bought a unit-linked policy to reap fabulous returns, as promised by that smooth-talking insurance agent, only to discover a host of hidden charges? You aren’t alone. But to protect other investors, the Life Insurance Council, the industry body, has decided to take measures to curb mis-selling. 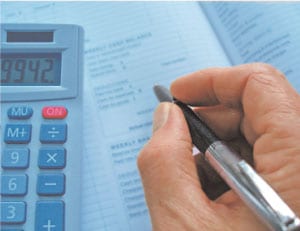 The latest move is to ensure that every buyer of a new insurance policy signs a declaration stating that he understands what he has bought. HDFC Standard Life had adopted this practice some time back with some of the other insurers following suit.

The move follows another initiative by the council to make it mandatory for all life insurers to give Ulip buyers a generic benefit illustration indicating realistic returns that can be expected. This will ensure that agents do not lure customers by promising astronomical returns.

Explains SV Mony, secretary-general, Life Insurance Council: “At the time of the sale, the agent will provide the illustration to the customer. This will contain a hypothetical example explaining all the details of the policy and the likely annual returns in the range of 6-10%.”

The effectiveness of getting a signed declaration is debatable, considering the numerous documents that one signs blindly when taking an insurance policy, but it’s clear that the industry is moving towards better self-regulation. This should instil confidence among prospective policyholders and may act as a lesson for other financial services.

From US to you

Ever missed out on shopping online because most e-commerce sites in the US don’t ship to India or charge a bomb for shipping? You need not worry on that count any more so long as you have an ICICI Bank credit card. 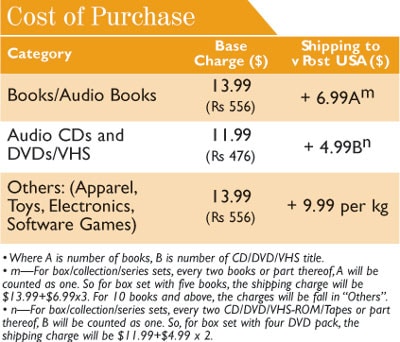 The bank has tied up with vPost, the largest e-commerce site in South-east Asia, to make popular US merchant websites accessible. You can buy all permitted, including dutiable, goods now. vPost will inform you about the duty to be paid and once the payment is made, vPost will get the goods cleared from customs and forward it to your address.

You can save up to 15% if you club your purchases. vPost lets you to hold the shipping of your items for up to two weeks till your items from different stores reach the vPost US address. However, holding items beyond this period will cost $10 per item per week.

“This service also gives customers a discount on delivery charges of 15-20% from shippers like FedEx or UPS,” says Sachin Khandelwal, head of cards group, ICICI Bank. All in all, it may work out cheaper than booking directly on Amazon.com. 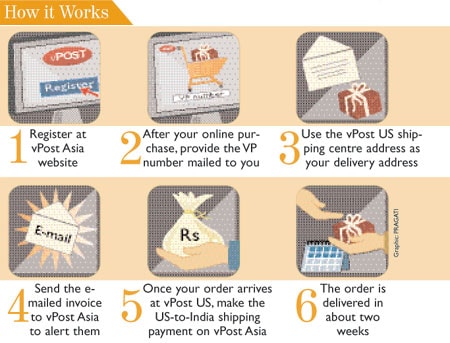 We have heard the law often enough—what goes up, must come down. This time it’s home loan rates that are taking a downward turn after three years of spiralling out of control. HDFC, the country’s largest housing finance company, has cut rates by 50 basis points to 10.5%. Several other banks have also cut rates (see table).

However, there’s a catch: the offers have so far been confined to new borrowers. For instance, HDFC has revised rates only for new floating rate home loans disbursed on or before 31 October. Hence, the new scheme does not provide relief to customers who are already paying interest on floating rate loans. Some other lenders are also looking at cutting home loan rates.

Initially, the rate cuts, such as the one by HDFC, will most likely come as a time bound festive season offer. Most banks have not changed their prime lending rates, the benchmark for all floating rates. They are expected to take a final call on their rates only after Reserve Bank of India’s annual review of its monetary policy, scheduled for 30 October.

Meanwhile, GE Money has launched its first floating rate product at 9.99% for a tenure of up to 25 years for a minimum loan of Rs 10 lakh. GE Money claims that its current cost of funds are much lower and hence the lower rate.

Tired of unsolicited telemarketing calls? But if you think the National Do-Not-Call (NDNC) facility is the answer to your prayers, prepare to wait a while longer.

Almost a month after the deadline of 31 August, only six million of around 232.87 million subscribers have signed up. And only some 17,000 telemarketers of an estimated 30,000 have put in their applications for registering with the service providers to comply with the NDNC registry guidelines.

Under these, any telemarketer found making calls to registered phones would be fined Rs 500 to Rs 1,000 for the first violation. If repeated, the number from which the call is made would be disconnected. That may not be enough but Nripendra Misra, TRAI chairman, justifies it saying, “The baby has not been born yet, how can I make rules for it?”