The last decade has seen proliferation of IIMs. Not all are equally equipped to make a mark Call it mindless proliferation or an attempt to take high-quality management education to all corners of the country, the rapid expansion of Indian Institutes of Management (IIMs) in the last few years has given policymakers a lot to think about, especially the need to review the way these new institutes, some of which are struggling to make a mark, are supported.

The older IIMs were set up almost a decade apart - IIM-C and IIM-A in 1961, IIM-B in 1973, IIM Lucknow in 1984, IIM Kozhikode and Indore in 1996 and IIM Shillong in 2005. In comparison, six IIMs took off in 2010/11 and another seven in 2015/16, taking the total tally to 20 IIMs. While the new schools are handheld by the older institutes, it is not the same as starting out with a rich legacy. Plus, not all are equally equipped to handle challenges.

Some of the new IIMs have to overcome the challenge of location as they are not in big cities where attracting talent is easier. For instance, Kashipur in Uttarakhand, though a regional industrial hub, is not very easily accessible by either air or road. Even Sirmaur in Himachal Pradesh, which became the site of an IIM in 2015, is a couple of hours drive from the nearest airports at Chandigarh or Dehradun.

There is also the challenge of adding high quality faculty. According to a well-established norm, there is one faculty member for every 10-odd students, which means if the oldest IIMs have around 100 faculty members, those set up in 2010/11 would have 35-40 and the ones set up in 2015/16 around 20. Plus, the newer IIMs, unlike the older ones, are unable to leverage the alumni network, which also plays a role in the level of engagement with industry. Some newer IIMs have tried to deal with this by creatively looking at ways to attract faculty such as connecting with local industry or by encouraging research.

The other issue is leadership. Not all new IIMs are led by people from the larger institutes. This means they cannot tap into the strength of the IIM network. A director who has come from a larger institute, say an older IIM, can just pick up the phone and reach out for help from alumni or industry leaders. Only a few heads of newer IIMs are from the bigger and older schools. These include Janat Shah, Director, IIM Udaipur, and L.S. Murthy, Director, IIM Nagpur - both came from IIM Bangalore. The paucity of leadership is real. For instance, the founding director of IIM Raipur, B.S. Sahay, was made the founding director of IIM Jammu. The professor of IIM Raipur, Vinita Sahay, was made the founding director of another new IIM, at Bodh Gaya. She is, of course, among the few women leaders at IIMs and a great example of women breaking the glass ceiling in top management schools. The other two women leaders at IIMs at IIM Calcutta's Anju Seth and IIM Sirmaur's Neelu Rohmetra.

One very important yardstick to measure the success of an IIM is its placement record. Here, there is a clear divide between the two lots of IIMs. If the highest domestic salary offered to students at IIM-A and IIM-C in 2019 was in the region of Rs 70 lakh per annum, it was Rs 16 lakh at IIM Sirmaur. One can argue that the older IIMs were set up decades ago and the latter as late as 2015 and so should be given more time to show results. However, even in this short a time span, some are struggling. For instance, the figures for IIM Sirmaur are lower than the previous year, when the highest salary offered was Rs 32 lakh and the average was Rs 12 lakh (down to Rs 16 lakh and Rs 9 lakh, respectively, in 2019). Even slightly older IIMs, such as the one in Udaipur, have some distance to cover. Experts say this should make policymakers review how to support these institutions and look at adding to their full time faculty strength or assist in building their abilities, so that revenue buckets such as offering executive education programmes, can be expanded. 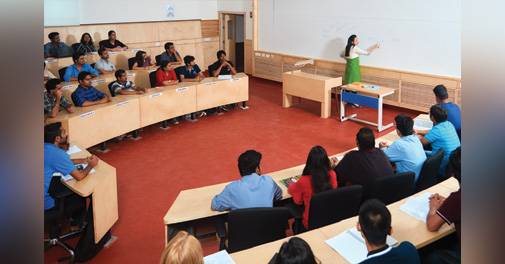 Not all new IIMs are led by people from the larger institutes. They cannot tap into the strength of the network

S. Sivakumar, Group Head, Agri and IT businesses at ITC, who visits campuses and is involved in hiring, says, "Industry does reach out to all the institutes depending on the job requirements and the nature of skills needed. Since the filtering process from a recruiter's perspective tends to be easier in older IIMs because, generally, the top rankers would have been screened-in by them, companies that need to hire in smaller numbers may want to tap the older schools even if the average ticket size is high." However, he is quick to also add that "among the newer IIMs, the industry would be drawn to those that focus on positioning themselves differently either in terms of faculty research output or strengths in niche areas." Management thinkers also talk about the deeper issues at stake. Do the new players increase the scope for innovation as they do not come with any baggage and are free to leapfrog the learning cycle?

M.S. Sriram, professor at IIM Bangalore, has for some time now maintained that perhaps allowing the older IIMs to set up new campuses in different locations could have been looked at instead of starting the new institutes. This way one could avoid risking the umbrella IIM brand dilution. IIM-A had considered new locations for campuses such as Mumbai and Hyderabad. IIM Bangalore was keen on making a foray into Singapore but later called off its plans. Some have, however, managed to extend their footprint, like IIM Indore into Navi Mumbai.

This is not to say that no new IIM has been able to make a mark. IIM Udaipur and IIM Trichy are often named as schools that have been able to stand out. "Nobody could have thought that a school that is less than 10 years old can aim for a global ranking. The recent QS 2020 Masters in Management Ranking that lists top global MBA schools, which till last year had only IIM Ahmedabad, Bangalore and Calcutta from the IIMs, has IIM Udaipur and IIM Indore in the list this year," says Shah. He talks about the measures the school has taken to stay in tune with the times, one of which is launching a one-year MBA in digital enterprise management. Shah says 25 per cent of his time is devoted to looking at issues around how students need to be prepared for a digital/connected world for which he has created an industry advisory board. Similarly, their focus has been on building the research capability of the institute, he says. In the 2014-18 period, IIM Udaipur faculty has been able to publish four papers in the global top 24 business journals, which is a paper more than IIM-C but less than Indian School of Business, which leads with 63, followed by 14 from IIM-B and six from IIM-A. With the IIM Act coming into force since last year, there is greater power in the hands of the board of directors of IIMs. Therefore, it may help to look for IIMs that have a strong board and committed leadership, for these could play a crucial role in institution building and in its positioning.