Shoolini University's FMS is one of India's top 100 B-schools. What makes it special?

Ensconced in the picturesque Shivalik Himalayas, Shoolini University's Faculty of Management Sciences is amongst India,s Top 100 B-schools. Not to forget that it has probably the best view

Ensconced in the picturesque Shivalik Himalayas, Shoolini University,s Faculty of Management Sciences is amongst India,s Top 100 B-schools. Not to forget that it has probably the best view

When Ishani Ghosh chose the Faculty of Management Sciences (FMS) at Shoolini University of Biotechnology & Management Sciences, her decision was based on the institute’s academic and placement performances in recent years. Coming from Kolkata, a major metropolis, she knew little about what was awaiting her at Solan, Himachal Pradesh. Spread across the hills of the Shivalik Himalayas, the 50-acre campus, 20 km off the bustling main town, has been more than a breath of fresh air (pun intended). After all, attending management classes with a diverse pack of students from various parts of the country may still get mundane at times. But a stroll along the winding roads with picturesque landscapes and chirping birds rejuvenates her every now and then.

The only hurdle Ghosh continues to dread is the steep gradient—a signature of Solan’s hills—that she encounters every day on her way around the campus. But she is getting used to that, too, she says with a broad smile. For Bengalis like Ghosh, an added incentive is the pleasant surprise of being able to enjoy Durga Puja—organised by a bunch of Bengali students, who else—at an ancient temple in the heart of nature. Located inside the campus, the temple is one of the many examples of tactful integration of the area’s originalities and modern structures that the founders of the university have managed to achieve.

Ghosh, and the other Bengalis, are not alone in their journey. There are hundreds of others who have reached Solan from different parts of the country in search of a career in the corporate world. Tsion Tesfaye, in fact, has travelled across continents to join FMS. Hailing from the rugged, landlocked east African nation of Ethiopia, he has fellow countryman Robel Habtom for company in the two-year full-time MBA course. Apart from the state-of-the-art facilities and modern architecture of the campus, the tranquil atmosphere—conducive to free thinking—is what has kept them glued to this B-school.

Not surprising, therefore, that FMS has on debut turned up in the Top 100 B-schools of India in the BT-MDRA India’s Best B-schools Survey 2022. A large part of the institute’s success, and environs, goes to P.K. Khosla, a veteran academician with expertise in agriculture and forestry, and the former vice chancellor of Himachal Pradesh Agriculture University located in Palampur. Khosla says he founded Shoolini University in 2009 after spending years convincing the state government about the need for such a facility in Himachal Pradesh. Apart from providing modern higher education to the locals, the idea was to reduce the migration of aspiring minds from the state that it has been suffering from for decades, he says. Khosla, who now serves as the chancellor of Shoolini, had spotted the importance of management education as a key career choice of students from the beginning and, thus, the FMS was launched along with a handful of other courses at the inception.

“I was inspired by [late president] A.P.J. Abdul Kalam, who highlighted the lack of Indian universities in the top global university rankings. So, I took up the challenge and focussed on setting up a world-class facility here [in Solan],” says Khosla. His idol, in fact, boosted his morale further, when in 2013, Kalam visited the campus during the university’s first convocation ceremony.

According to Kuldeep Chand Rojhe, Dean of FMS, the B-school now attracts 120 students per batch, after having started with just a couple of dozen students in 2009. He says its USP lies in its ability to adapt to the changing needs of the market. Rojhe, who is a founding member of FMS, had joined up as a faculty of marketing and continues to sharpen the pupils to become ace marketers. “The realisation that along with a firm foundation in academia, the management courses have to be linked with the corporate world came early. And since then it has helped us immensely in preparing our students with the skills that are required rather than blindly following set practices. After all, management is not a theoretical course; developing the skills is the most crucial aspect of it,” he says. The major breakthrough came early, in 2010, when FMS tied up with Genpact to launch its business process management course. Apart from valuable insights from the company, the initiative changed the management’s approach towards its MBA courses. 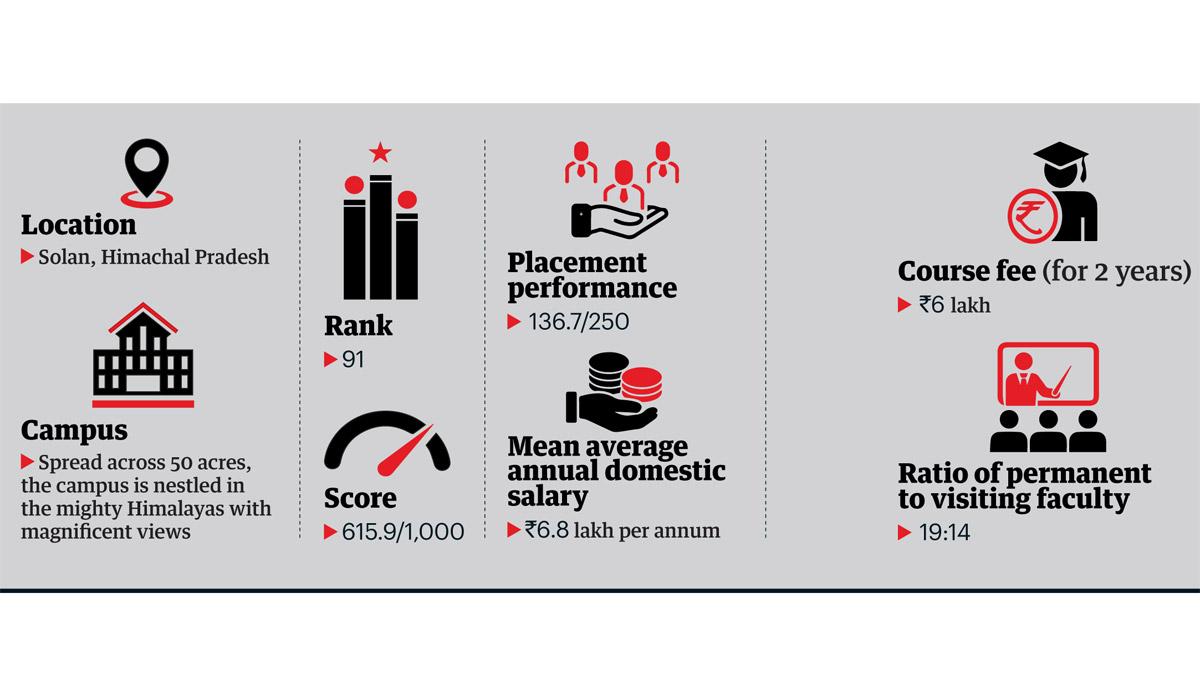 To bring more agility into the system and keep students on their toes—in line with corporate work culture—FMS follows a ‘quadmester’ format, instead of the semester system prevalent among B-schools in India. Another key measure that FMS took early that Rojhe feels has helped it immensely was the introduction of a corporate connect programme called Skills Progression through Rapid Innovative Training (SPRINT), where chief executives from leading companies periodically interact directly with the students (primarily through virtual mode). Currently, nearly two dozen CEOs share their insights and address students’ queries for five days, every two months, through SPRINT. Additionally, to prepare second-year students for the final battle, FMS conducts a transition SPRINT and a pre-placement SPRINT that brushes up their skills for general discussions (GDs), personal interviews (PIs) and aptitude tests.

“We also conduct a sales SPRINT because every job role requires some selling skills. Most of our students come from backgrounds that have a negative bias against sales,” says Rojhe, adding that the need grew as a lot of banking and securities companies visit the campus during placements nowadays. To ignite entrepreneurship among its students, the school also conducts a SPRINT dedicated towards entrepreneurship, where a sum of money is actually given to groups of students to run a business.

Taking the unconventional approach was probably a necessity rather than a choice for FMS. The fact that it was not located in a major city unlike most top B-schools, and its student profile, led the management towards taking bold choices. Many of its students come from humble backgrounds with no prior exposure to a fast city life or the polished image that the corporate world seeks. “Further, we also understood that traditional ways of placement are not going to work for us. We do not have deep pockets either. So, we had to work on our product and fine-tune it so well that our students are skilled enough to be picked up by the recruiters,” says Rojhe.

Feedback from corporate CEOs made it evident that while its students were on par in academic aptitude, they were lacking in areas such as communication skills, grooming, IT skills and teamwork, among others. To impart teamwork and managerial skills, FMS encourages students to form groups that not only compete amongst each other on traditional management-related projects but also in sports, irrespective of their gender.

To improve the students’ prospects during placement season, last year it introduced an ‘advanced training programme’ to strategically prepare students and target specific types of profiles during campus placement. “We were stuck under a glass ceiling of a Rs 12-lakh-per-annum [salary] package for some time. So, rather than sending all the students for all types of profiles, we decided to prepare sets of students in key areas like strategic HR, analytics, digital marketing and corporate finance, among others, where industry experts boosted their profiles,” says Rojhe. According to him, the initiative helped FMS break the ceiling and boosted its average package, apart from raising its top package to Rs 14 lakh per annum.

FMS’s journey is not long but it had no dearth of challenges. Now well-connected to the Solan town, reaching the campus was an uphill battle through a dirt road when it was founded. Convincing students and their parents to take up sales profiles was another challenge. Most of its candidates, those days, used to come from the smaller towns of Himachal and were first-generation management students, whose families were never exposed to corporate culture.

“It was very tough to convince the parents to send their daughters to join sales jobs in big cities,” recalls Rojhe, who hails from the locality. While it was founded to provide opportunities to “the sons of the soil”, over the years the share of non-Himachali students has grown.

Clearly, FMS is at the beginning of a journey that promises to be long and fulfilling.