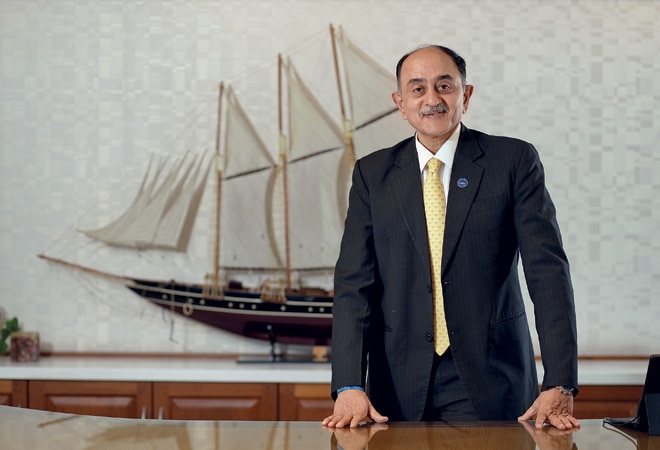 If you hit the road, you are bound to come across sign boards 'cautioning' you about the coming danger. But for Federal Bank, 'caution' in lending and managing deposits is the watch word from the word 'go'. That is one reason the old private sector bank has emerged as the Best Bank in Mid-sized Category in the BT-KPMG Best Banks Study for 2019/20.

Despite being fifth in size, the bank has got the top slot in the category of banks with balance sheet of between Rs 1-3 lakh crore by topping on parameters such as growth, quality of assets, quality of earnings and capital adequacy. The bank crossed the Rs 1.80 lakh-crore balance sheet size in FY20, a 13 per cent growth year-on-year. "Banking is not a one-day game. You don't do something this year and get rewards instantly. If you are building a franchise, it is something you have to do across time, consistently. Our bank has taken that path for quite a number of years," says Shyam Srinivasan, Managing Director and CEO, Federal Bank, referring to the bank's high-quality assets and earnings.

Federal Bank's journey has involved taking several tough calls. "One is, between growth and quality, go for quality. Second, make sure liabilities are pretty strong. Third, consume less capital, go for less capital-intensive products," says Srinivasan. Thus, the bank has pushed products that are more secure and consume less capital. "In terms of credit cost over a 10-year period, only Kotak and HDFC will be in the same category," he adds.

In the last 10 years, the bank has raised capital only once, about Rs 2,500 crore. "Our profits have been quite good, so we are able to redeploy capital net worth after paying dividend. Capital is expensive. You must buy only when you need it. This has been my personal philosophy."

The bank delivered a net profit of Rs 1,542.78 crore in FY20, an all-time high, by adopting its well-defined generic strategies that involved balancing growth versus profitability. "During that period, we made some fairly conservative decisions. In Q4 FY20, we substantially increased provisioning, anticipating a challenging calendar 2020, given everything that was happening due to Covid. Otherwise, profitability would have been higher," says Srinivasan.

In FY20, growth was reasonable in certain areas, particularly retail and small business portfolios. However, the bank did not push corporate growth substantially after early second half of FY19 as it sensed that the economy was beginning to slow down and it did not want to be caught on the wrong foot. "Federal Bank is the most granular liability-based bank in the country. Our retail liability is 93-94 per cent. We do not rely on bulk deposits. We follow the principle of 'fund before you lend'," says Srinivasan.

By definition, if the bank is pursuing the strategy of lower risk and focusing on more stable segments, it will put pressure on margins.

"But you are giving up the same (margins) for quality. We did drop some margins but increased profitability because our credit cost was lower," adds Srinivasan.

On lagging in productivity, Srinivasan said this was mainly due to the pension cost of Rs 300-400 crore that the bank accrues religiously every year. It is a future cost. "If you take out the pensioning impact, our productivity is among the best."

This fiscal, the bank has been pushing its gold loan portfolio, which has seen a remarkable 67 per cent growth in the last three quarters. That was because the rest of the portfolio was growing slowly and gold was the only asset having a bull run. Second, for small businesses, the bank had the opportunity to link loans to government-guaranteed schemes; these loans are doing well. Third, very highly rated corporates are also going strong. "In early part of Covid, the first six-seven months, these were the three areas where we focused," says Srinivasan.

Last quarter, as businesses started opening up, the bank had the chance to grow small business and commercial banking products. In the coming quarters, it is expecting growth in other retail products. "However, the bank is being a little more watchful, and does not want to rush in. We can see things are picking up," says Srinivasan. By the end of the third quarter, the bank's provision coverage ratio had touched 86 per cent.

Covid-19 has forced all big companies to increase the pace of digitisation. Having 'digital at the fore and human at the core' as its mantra, Federal Bank has some unique achievements to its credit. These include facial recognition for employees, Blockchain technology-based solutions for remittances, video-based KYC solutions and interactive chat bot called 'Feddy'.

"We are probably the only bank in the country where employee comes in, logs in, shows his face and the system recognises him," says Srinivasan. Internally, 150-180 processes are now robotic, using latest solutions.

Federal Bank is one of the largest in the remittance space. For every Rs 100 that comes into India, Rs 17.5 enters through Federal Bank. To help those customers, including those from Middle East and the UK, and move money safely and swiftly, the bank has deployed a Blockchain-based digital remittance solution, a first in the country, says the bank. About 86 per cent of its transaction volume is digital.

About five years back, the bank's credit-to-deposit ratio was 68 per cent, low by industry standards.

"We grew our wholesale banking at almost 25 per cent for two-three years. We were lending to top corporates rated 'AAA' and 'AA'. So, we reached a credit-to-deposit ratio of 82 per cent a couple of years back," says Srinivasan.

That time, the corporate wholesale book was about 55 per cent and retail book 45 per cent. The bank decided to have 55 per cent retail and 45 per cent wholesale. This happened by December 2020.

"Within retail and wholesale, we will play with different segments and opportunities and that is where we are at this point in time," adds Srinivasan.

In the next three years, Federal wants to be a bank of choice for everybody. It is keeping inorganic growth options open and is interested in a microfinance portfolio. It is scheduled to launch its credit card at the end of March, which it wants to issue to employees for six months before rolling it out for customers who have a track record with the bank.

The bank may find it tough to maintain its current growth rate. However, Srinivasan doesn't agree, stating within this retail-wholesale mix, there will always be opportunities in some segments, citing huge growth in gold portfolio during the last nine months.

"As I see the next 12 months, as economy picks up, you will see growth opportunities in housing, automobile, commercial vehicles and segments of the market that are beginning to run with market growth," he says.

However, Federal Bank is not ready to lower its guard at any cost. "There are two boundary conditions. One, we do not want to have more than 55-45 retail-wholesale mix. Second, no segment shall become disproportionate, and we shall not pursue any disproportionately high-risk segment."

(The writer is a Mumbai-based journalist)

Technology Will Be the Deciding Factor