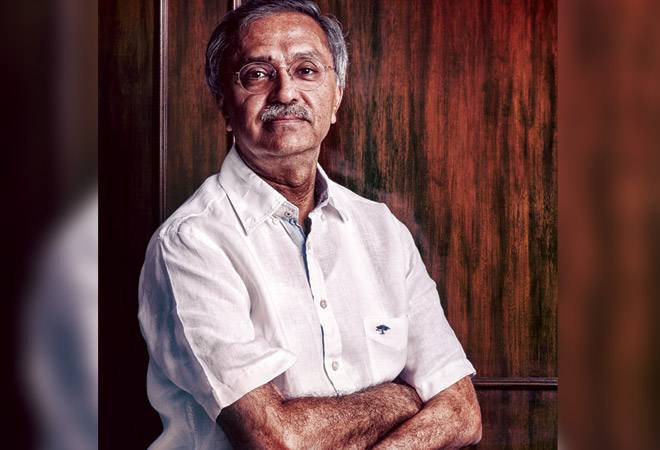 When China decided to crack down on some of its most polluting industries in 2017, which also included many blast and induction furnace steel plants, steel export from the world's largest producer halved. This benefitted not just the steel manufacturers in other countries, but also manufacturers of graphite electrode, which is primarily used in the steel industry.

Interestingly, there are only five such manufacturers globally, two being from India. The two Japanese firms control 54 per cent of the global market, the US company controls about 23 per cent and the two Indian companies together control another 23 per cent.

HEG, one of the Indian manufacturers (other being Graphite India), has reaped the benefits of a sudden change in the complex business dynamics of the industry. The company's sales jumped from Rs 860 crore in 2016/17 to Rs 2,750 crore in 2017/18. And it expects the momentum to continue. Ravi Jhunjhunwala, CMD and CEO of HEG, says they expect the revenue in the current financial year (2018/19) to touch Rs 6,000 crore.

The management has reason enough to be confident. In the first quarter of the current financial year, net sales of HEG were Rs 1,587 crore, 7.5 times the sales of Rs 213 crore in the corresponding quarter last year. The spurt in sales in 2017/18 saw the company posting a profit (Rs 1,081 crore) after two continuous years of losses (Rs 50 crore in 2016/17).

HEG, which exports 70 per cent of its total production, also benefited from the depreciation in the rupee.

HEG's growth story originates in China, the largest producer of steel. China decided to shut down 150 million tonne production capacity due to environmental concerns. All these plants used blast and induction furnaces, which are said to cause three times more pollution than steel plants using electric arc furnace (EAF), which use graphite electrodes.

While 94 per cent of the steel in China was produced using blast furnaces, only the rest was produced through EAF plants. In the rest of the world, 53 per cent steel is produced through the blast furnace route and the rest 47 per cent through the electric furnace route. China has now started to shut down the blast furnace factories, resulting in its steel exports falling sharply from 120-130 million tonne (mt) in 2015 to 70 mt by 2017. "Given that the demand for steel in China has remained healthy despite a reduction in production due to the capacity closures, China's exports are likely to decline to 60 mt in FY18. As a result, importing countries have restarted their electric arc furnaces, resulting in a likely 75,000 tonne-80,000 tonne per annum increase in graphite electrode demand," states a December 2017 report by rating agency India Ratings.

"The 50-60 mt-drop in steel export has to be made good by ramping up production in the rest of the world; 35-40 mt of that has come through electric arc furnaces, because of which the demand for graphite electrodes has gone through the roof. And this has happened at a time when 15-20 per cent of the world's capacity of electrode was shut down because the markets were bad," says Jhunjhunwala.

As the company's revenue and profits increased, it paid back the debt on its book. HEG is now debt-free; it has no long-term or short-term debt. According to India Ratings, the company has significantly deleveraged its balance sheet on account of estimated strong cash flows from operations totalling Rs 500-600 crore in 2017-18. In that year, all term loans (Rs 270 crore in 2016-17) were prepaid and working capital borrowings stood lower at Rs 300 crore, despite an increase in working capital requirements due to an increase in raw material and graphite electrode prices.

With the demand for electrode graphite already touching 700,000 tonne in 2018 after languishing at about 625,000 tonne for long, it is the Indian companies which are likely to gain. In fact, says Jhunjhunwala, in the past 20-25 years, every incremental increase in demand has been met by the two Indian companies. HEG has a capacity to produce 80,000 tonne per annum, while it produces 64,000 tonne now. Therefore, it can ramp up production to fulfil the demand-supply gap. It plans to increase the capacity of its Madhya Pradesh unit by another 20,000 tonne in the expectation that EAF steel capacity would go up globally.

Due to environmental concerns, except in China no new blast furnace capacity has been added over the past 10 years, says Jhunjhunwala. A likely risk in the future could be China again ramping up its blast furnace-based steel plants. But China plans to increase its EAF capacity from 6 per cent of the total production to 20 per cent by 2020. The company also faces risks arising from volatility in the cost of raw materials - needle coke is one of the main raw materials used, but according to an ICICI Direct Research note, the impact of change in prices comes with a lag of six months.