India Inc. and its lenders are in a legal crisis. Pre-empting a financial meltdown due to the Covid-19 lockdown, the Centre has suspended the Insolvency and Bankruptcy Code for a year 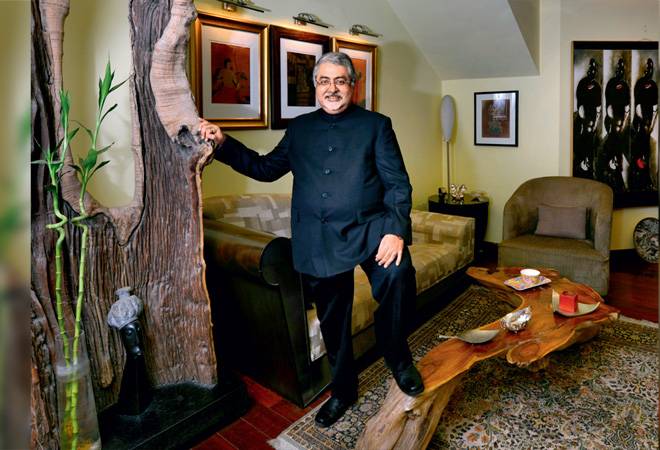 India Inc. and its lenders are in a legal crisis. Pre-empting a financial meltdown due to the Covid-19 lockdown, the Centre has suspended the Insolvency and Bankruptcy Code for a year. In parallel, the Reserve Bank of India has offered moratorium on loan repayments. In the absence of debt resolution mechanisms, the burden has shifted back on banks. Business Today's Nevin John speaks to Shardul Shroff, Executive Chairman, Shardul Amarchand Mangaldas and Co, on the legal tangle and what this means for businesses and banks. Edited excerpts:

What are the legal implications of suspending IBC?

The implications of suspending the corporate insolvency resolution (CIR) process indicates lack of capacity of tribunals, inability to deal with lack of market demand for stressed assets in the CIR process, and ban on existing promoters remedying the default. It also indicates excessive litigation slowing down the resolution process. In the absence of a white knight or a third-party promoter stepping in to take over, the ban on existing promoters continuing with the company is deeply problematic. There is a moral dilemma. The expectation that lenders and promoters of companies, which are stressed assets / NPAs for banks, resolving matters without the imperative to find a solution in a time-bound solution, are difficult to handle. A mechanism which expects NPA companies/stressed assets will find their own solution with lenders is totally useless.

You represent various stakeholders. So what does it mean for lenders, defaulters and government?

Lenders would be stressed since they cannot rely upon defaults in the interim (from March 25, 2020) by borrower companies to seek resolution of bankruptcy of such firms that are in insolvent circumstances. It would open the need for lenders standing outside, winding up and proceeding to enforce security, not as a mere asset sale or a piecemeal sale, but as a sale on a going concern basis with management rights, and which promote creation of adequate cash flows to repay lenders. The suspension of default interest and penal interest together with non-payment of regular interest and the right to recovery will lead to bank balance sheets shrinking and create the need to capitalise banks.

Defaulters also do not have it easy. In the absence of market revival or creation of demand, the lack of production and sale is affecting manufacturing enterprises. Unless there is true restructuring of balance sheets of borrowers, it is difficult for borrowers to resolve their defaults.

For the government also, this is a problematic issue. In the interim period of the moratorium, the government is not able to build capacities or originate novel solutions, which are adaptive to the prevailing circumstances.

It is not able to envisage the massive insolvencies, which would follow the suspension period of between six months to one year (from March 25). Unless innovative thinking with ideators is encouraged, the suspension is not going to take matters further. It will only kick the can down the road.

Does suspension mean that the earlier era of debt restructuring mechanism is back?

Technically, the old methods of recovery will come into play as the remedy of resolution is suspended. In the absence of legal process of compelling stakeholders to adopt a method of resolution, lenders will be driven to harsher recovery mechanisms without results.

Some corporates on the brink of bankruptcy may use the opportunity to default and force lenders to restructure loans. What is the mechanism to prevent misuse of IBC suspension?

In case of wilful defaults by borrowers, there are sufficient mechanisms to take action against them, including punishment for fraudulent trading. Deliberate acts of mismanagement, siphoning funds, removing assets, promoters treating the company as personal fiefdom and personal property are bad behaviours of majority shareholders and managers of defaulter companies. None of these can be condoned. Bankers will have to trace assets and use modern methods to recover misappropriated properties of borrower companies.

While restructuring loans, lenders have to forgo the unsustainable loan portion and stretch the repayment deadline of defaulters. They also have to grant another set of loans for working capital. So, does the default burden further shifts back to lenders?

It is true that while restructuring loans, lenders do sacrifice. But, the previous regime's policy of requiring at least 30 per cent of the value of sacrifices as new funding from promoters for the benefit of lenders is a saner policy. There is no free lunch and reducing bank loan outstandings and giving new loans has their limitations. Promoters, old or new, have to bring fresh funds to be entitled to remain in charge of their companies. Restructuring has to be equitable and sharing the burden between promoters and lenders of defaulter companies is a fine art requiring great talent. The interest of unsecured creditors and small traders is also to be catered to.

What does it mean for the NPA position of banks?

That may not increase technically as no default is declared during the moratorium period allowed by the RBI. However, once the RBI notifications have lapsed or are withdrawn, there would be a sudden spike in NPA portfolios of banks and financial institutions.

The threshold to commence a CIR proceeding has been raised from Rs 1 lakh to Rs 1 crore so that the IBC focusses on larger claims, which have caused banks to suffer. It is a question of prioritising larger value matters, enhancing recovery from such matters and prosecuting defaulting promoters and their investor companies who have caused the insolvency or are guarantors. This is a matter of fiscal prudence and optimal utilisation of resources in the NCLT/NCLAT to lower NPA defaults.

Yes, based on the Covid-19 pandemic details available, migration of workers, inability of factories to produce more than 60 per cent of their capacity due to lack of demand, inability to have a healthy cash flow to retire debts are all factors responsible for rendering the GDP to a negative value this financial year. This may spill over to the next few fiscals as there will be a time lag. This is a structural problem, the pandemic has worsened the situation.

"Will Rope in Private Hospitals if Cases Surge"

"Worst is Over, V-shaped Recovery is On"