"Growth Should Pick Up From Second Half of the Fiscal"

Indias economy is expected to shrink in FY21. The government has come out with several reforms of late to make the country a global manufacturing hub and push jobs and growth
Nirbhay Kumar | Print Edition: June 28, 2020 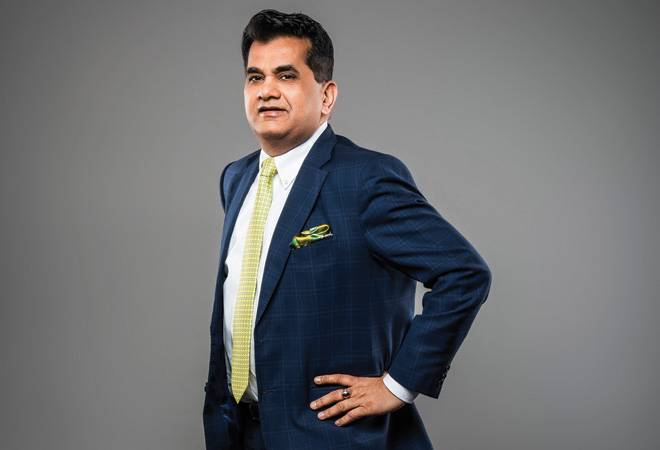 Niti Aayog CEO Amitabh Kant, while speaking with Business Today's Nirbhay Kumar, says that foreign companies are strongly considering the possibility of shifting manufacturing to India given its low costs and a huge market. Kant talks about plans to attract foreign investment, boost local demand and reforms kick-started by the government. Edited excerpts:

India's economy is expected to shrink in FY21. Most economists predict India will enter recession by September. What is your assessment?

Not just India, but the world economy will shrink in FY21. However, most analysts estimate the fallout in India will not be as severe as in other countries. In April, the International Monetary Fund had stated the Indian economy will grow in FY21, albeit at a slower pace. Even high frequency indicators, such as the Purchasing Managers Index (PMI), showed improvement between April and May. June might be better, given that the economy is opening up. If India does see a full-year recession, it is not likely to be very deep, and we should see the economy bounce back in the next fiscal.

In which quarter do you expect India's GDP to start growing instead of shrinking?

We have started opening up the economy over the past month. As mo-re data starts flowing in, we will be able to make an informed assessment of growth prospects. Early indications from PMI data suggest contraction in manufacturing and services may have bottomed out. The PMI services index fell to 5.4 in April, and touched 12.6 in May. Business optimism for the year ahead remains positive, as recorded by these surveys. In my opinion, we should see growth starting to pick up from the second half of this fiscal.

What has stopped the government from taking demand-stoking measures instead of working on the supply side?

On demand, EPFO contributions for both employers and employees have been reduced, which increases take-home salary. Similarly, TDS/TCS rates have been reduced, which has increased take-home income. The allocations to MGNREGA have been increased by Rs 40,000 crore, which will boost rural demand. Through the reform measures, a balance has been struck between demand and supply. The government is taking many much-needed steps such as production-linked incentive schemes for mobile manufacturing and APIs and constitution of an empowered group to facilitate investments in India. These measures will ultimately pave the way for making India as a sought-after manufacturing destination.

How will Moody's downgrade of India's sovereign rating impact the country? It cited weak implementation of reform measures since 2017 as one key reason. Do you agree?

As long as India's economic fundamentals remain strong in the long term, we shall continue to see foreign investment pouring in. We must recognise that several historic reforms have just been announced. The agriculture sector has been unshackled from APMC & Essential Commodities Acts. Commercial mining has been announced. Our defence sector has been opened up to foreign investment. We need to recognise that many reforms are being pushed at the state level. I am sure rating agencies will soon realise that we are pushing for radical reforms and growth.

The Atma Nirbhar Bharat package is being seen as addressing medium and long-term issues, not immediate concerns facing millions of people. How will it effect an economic turnaround?

Atma Nirbhar Bharat is about laying the foundation for competing globally. So, inherently, it is forward looking. The relief and stimulus measures announced are also part of the Atma Nirbhar Bharat Abhiyaan. The package is nearly 10 per cent of GDP, and is likely to lead to pick-up in growth. It contains provisions for credit and liquidity. It covered historic reforms. Almost 43 per cent of our 500-million odd workforce is in agriculture. Their incomes will get a huge fillip from deregulation of agriculture trade outside mandis. FDI limit in defence has been raised substantially as well, a huge bonus for our domestic industry.

So, the package is wide-ranging and growth enhancing in the near and short term. The future lies in sunrise areas such as mobile, pharma and APIs, battery storage and electric vehicles. Even prior to the crisis, we had announced production-linked incentive schemes for mobile and API sectors. We have laid down robust measures to chart India's economic turnaround.

A record number of people have been laid off during the pandemic so far, salaries have been cut and future remains uncertain for many workers and professionals. What can the Centre do to improve the job scenario?

Every crisis should be seen as an opportunity. We must be quick to adapt to the changing nature of demand. Our adaptability should be even better because the impact of Covid-19 in India has been very muted compared to the US and Spain. So, we are in a better position to leverage the opportunity. I believe we must explore sunrise areas of growth.

In March, the Cabinet had approved production-linked incentive schemes for mobiles, select electronic components, pharmaceuticals and APIs. Further, the ease of doing business rankings have seen a sharp rise.

Atma Nirbhar Bharat is not protectionist. On the contrary, it will integrate India better into global value chains and exposure to superior technologies and investments through the FDI route will make us competitive globally.

An empowered group has been constituted for facilitating investments and evaluating investment proposals. Hence, I very strongly believe that we are now moving in the right direction and will emerge a much stronger nation post this crisis. We will end up as the most favourable destination for investment.

Atma Nirbhar Bharat seeks to boost local manufacturing but are the steps announced so far enough to attract foreign investments, especially those exiting China? The biggest issue facing manufacturers is last-mile procedures. What can be done to improve this?

Our focus is to improve capability and competitiveness further. This is possible only when we integrate ourselves with the global value chain. We have to not just attract FDI but create an enabling environment. Land and labour have been constraints and archaic labour laws are being codified into four labour codes. On land, large tracts are being identified and developed. An empowered group has been constituted to facilitate investments and identify investment opportunities. This will boost our efforts to invite investments and increase India's competitiveness. The Cabinet has appro-ved a proposal to amend the IBC so that companies are not forced into resolution proceedings due to the Covid crisis. When we look at all these developments, and existing mechanisms such as the National Infrastructure Pipeline, GST, IBC, reduction in corporate tax, there is a very strong case for attracting investments. We must work with states and leverage competitive federalism to make this a reality.

Ever since the US-China trade war began, there has been hope that global firms would shift their base to India. Since the Coronavirus outbreak, the hope that companies would move towards India has multiplied. It has been over five months of the epidemic. How has been the response from investors?

Companies from various countries are stro-ngly considering the possibility of shifting manufacturing to India. We are a relatively low-cost destination with huge domestic demand. Land and labour, which have been constraints, are being looked into.

There has been unanimity among all stakeholders on labour law reforms. But, do you support the way in which some states changed labour laws or proposed to suspend them altogether?

Our complex labour laws were one of the factors preventing large-scale manufacturing from evolving. It is surprising that labour laws, which were meant to protect rights of labourers, led to a situation where almost 90 per cent of our workforce was informal. This meant laws enacted to protect rights of labour did not cover most of them. The labour codes are important to strike a balance between expectations of employers and employees to maximise economic activity and ensure that interests of workforce are protected.

Does the Centre agree with UP and other states' ordinances to suspend labour laws and rights for three years?

I would not like to comment on individual cases but we cannot have a situation where laws are not protecting the people they have been enacted for and are hindering large-scale manufacturing.

Revenue collection has been quite low. Yet, there is need to substantially scale up government spending. How can India tackle this?

The government's revenue collection goes hand in hand with growth. With slowing growth, tax revenues will dip. However, as growth picks up in the second half of the fiscal, we should start to see rise in tax revenues. Going forward, we need to complement tax revenues with non-tax measures such as asset monetisation and disinvestment. In the short term, the government has already raised the borrowing target from Rs 7.8 lakh crore to Rs 12 lakh crore this fiscal to boost spending.

Should the RBI print money to tide over the crisis?

The RBI has already provided liquidity to ease financial stress in the economy. It has also raised borrowing limits for both Central and state governments. The policy stance of the RBI remains accommodative as well. This makes clear that, when needed, the RBI will provide liquidity to steer the economy. The RBI is also going to monitor inflationary pressures in the economy closely. It will have to maintain a tighter balance to manage high growth with stable inflation. We must recognise that we are in an evolving situation, and as mentioned by the FM, the government is keeping its options open.

Is the government open to sector-specific stimulus? Have those been considered at all?

The reforms announced do not necessarily apply to one sector, and to my mind, that should be the way forward. We have 6.3 crore MSMEs in India. Some of these are in the hospitality space. So, reform measures apply to them. The definition of MSMEs has been changed and a company with up to Rs 50 crore investment and up to Rs 250 crore turnover is a medium enterprise. This will enable more companies to avail benefits that have been announced.

"The ISA Wants a Solarised Hospital in Every District"

"Will Rope in Private Hospitals if Cases Surge"