"Worst is Over, V-shaped Recovery is On"

With GDP contracting 24 per cent in first quarter, economic recovery will be a long and painful process 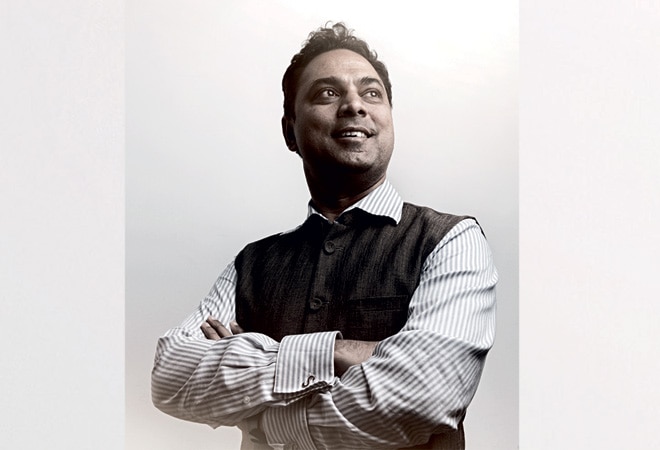 What is your view on Q1 GDP numbers?

This is because of exogenous shock globally. If you look at the World Economic Outlook report, the fraction of countries whose GDP per capita will contract this year is the highest since 1870.

Despite that, the impact on our economy has been the severest.

Would you attribute the fall only to that? Or would you accept that coronavirus hit us at the weakest moment as we were decelerating for 16 quarters?

Given our Q4 growth rate, we were still growing faster than the advanced economies. So, it can't be because of the deceleration pre-Covid. It is clearly an exogenous shock.

We are seeing a 10-12 sigma event. Just to give you one parallel, the United Kingdom, and I am taking this example because the size of its economy is the same as ours, shrunk by 22 per cent in the June quarter. We had a far more intense lockdown than the UK.

Now, if I talk about recovery, we have to look at some important facts, some leading indicators, to see how things are moving. Among those, power consumption, steel, cement, railway freight, etc, are useful high-frequency indicators that give us signals about the future. Another is e-way bill - e-way bill generation in August was almost the same as in August 2019.

Similarly, railway freight, which is a good indicator of economic activities, was 95 per cent of last year's level in July, and in August (till August 26), it was 6 per cent higher than in August last year. If you look at power consumption, the deficit (in July) was only 1.9 per cent compared to last year. Similarly, the core sector, which shrunk 38 per cent in April, has been showing gradual improvement - it fell 22 per cent in May, 13 per cent in June and 9.6 per cent in July.

I want to point out that people, when faced with a crisis - economic or otherwise - go into a cautionary mode, focusing on essential spending, avoiding discretionary spending. This is what has happened, especially because discretionary spending is related to services, where social distancing norms create problems.

I anticipated your question when I said that V-shape means a sharp fall followed by a rise. V-shape recovery doesn't mean it is across sectors. So, we have to be mindful of that. That's why I mentioned that discretionary spending has been the most impacted because of uncertainty created by the pandemic.

So, will normalisation be a natural process or will there be some intervention? I ask this as the finance minister has said that this is not the end of stimulus and we should not exhaust our resources at the time of unlock.

Nowhere have I said that there is no role for the government. In fact, if you look at the Atmanirbhar package, which was 10 per cent of GDP - yes, fiscal component was low but if you take GDP to be Consumption (C)+Investment (I)+Government Spending (G)+Investment (I) +net exports, when you provide credit or liquidity, it eventually impacts C and I, especially C. Basically, credit/liquidity reaches the private sector eventually. That's why I use the phrase that Deng Xiaoping used to say: I don't care about the colour of the cat as long it catches mice.

Consumption and private investment are 90 per cent of the economy. In times like these, there will be risk aversion, and the private sector will not spend. So, if there is a 1 per cent drop in contribution of the private sector, government spending will have to respond by about 9 per cent to neutralise its impact. The government has responded and you can see that in the 16 per cent increase in spending in Q1. But just the fact that government spending is a smaller contributor and there are fiscal constraints for all countries -- UK's fiscal stimulus was 15 per cent of GDP, yet its economy contracted 22 per cent - means the packages cannot completely offset the fall in private consumption and investment.

There are a couple of elements running through our policy response. One, using the evidence of the Spanish Flu, we recognised early that this is not a three-month pandemic. So, exhausting all ammunition at the beginning may not have been advisable. We are six months into the pandemic and we still don't know when it is going to end. That said, the government is committed to doing everything within its constraints to minimise the impact.

Exports have been falling, private investments have been falling for a while. It is the fall in consumption that got noticed eventually and led to the steep decline now. The government has been looking at improving the supply side. Will there be a change in strategy soon?

Let me clarify. If you look at the indicators from December to February, things were starting to improve even on the consumption side. Demand was picking up significantly. The measures taken since July 2019 had started having an impact.

Are you looking at change in strategy in the way you want to deal with it?

Measures since July were having an effect on demand till February. In this particular episode, you have to be a little bit more careful. Just putting cash in hands of people is not necessarily going to spur discretionary spending. Look at the PMJDY data. After lockdown, PMJDY balance increased by about Rs 25,000 crore. Of course, with unlocking, it has decreased, though it is still Rs 11,000 crore more than during the pre-lockdown period. This section of account holders typically spends every rupee it earns. This indicates motive to save. Therefore, putting cash in hands of people may not bring back discretionary spending as it has been primarily impacted by uncertainty. It is important to understand that in the previous crises, be it the Asian financial crisis or the global financial crisis, the factors that created uncertainty were economic. Governments could fix those. In this case, the factor is the pandemic. The uncertainty that is impacting discretionary spending will have to wait for the vaccine.

Government revenues are under pressure. What can be done to continue public expenditure at the same pace as before to cushion the impact of the slowdown?

There are various options, but I would say that in extraordinary times like this, when faced with a trade-off between growth and fiscal deficit, we have to lean on growth. Because Indias potential growth is 7 per cent, even in a bad year, we should be able to grow 6 per cent. When you get growth, debt becomes sustainable as well. Many of us have forgotten this. During the Asian financial crisis, we had three years, 2000 to 2002, where growth was 4 per cent. As a result, debt went up to almost 87 per cent of GDP as the government used infrastructure spending to reignite the economy. Spending, without worrying about deficit, got back growth. Then, from 2003, we had the growth phase, and debt became sustainable. So, after peaking,, debt came down to almost 60 per cent level, before rising again during the global financial crisis. So, we have been there before, we have successfully dealt with such crises by undertaking necessary expenditure, especially high-quality expenditure. So, the template is the same.

What has been the impact of the package so far? When can we expect the next stimulus?

If you take one of the key components of the package, the Rs 3 lakh crore emergency credit to MSMEs, the uptake has been promising. Credit and liquidity will eventually impact consumption. This year, it will not impact investment much. It will impact consumption. So, that part is certainly very good.

Some measures that the Reserve Bank of India has announced are helping the country avoid some immediate stress and giving us some breathing space so that once recovery picks up, our ability to deal with some of the difficulties is enhanced. So, overall, the package has been in right doses. There are two parts to what we should be doing. One is some short-term measures during the festive season, but as I said earlier, these may have a short push, but will have an impact like steroids. Once the vaccine is there and demand is back with a bang, we should give a far stronger push to accelerate that.

Are you looking at that happening by Jan-Feb?

Some say the vaccine will come by the end of the year, some say by early next year. Even if it is early next year, that is a couple of months from now. Bringing back normalcy is critical to bring back demand.

What are the short-term steps you are talking about?

There are many options. There could be ways to increase consumption by focusing on sectors where marginal propensity to consume is higher. One key is to double down on investment in infrastructure. Projects worth Rs 103 lakh crore have been approved. It will be good quality spending as infrastructure has far more spillover effects. The idea is already there. And, think of some durables goods, those that are typically bought during the festive season.

To conclude, can we say India is about to enter into a recession for a couple of quarters and then see a quick recovery after vaccine is ready?

"Atma Nirbhar Bharat is an Opportunity for Us"