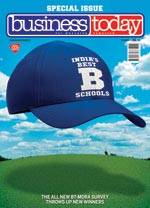 The Great Indian Vanishing Trick (December 4) was a multi-pronged scrutiny of the acclaimed strategic display of demonetisation of high-value notes for tackling black money and counterfeit currency issues. But it was a curate's egg with poor advanced planning to tide over contingencies, missing road-map for implementation, inept handling at all levels, capricious announcements, confusing restraints, and detestable self-satisfaction of the Centre. Shrouded in secrecy to impede its own velocity of operations, the Centre was unmindful of the deprived lot and the middle class, though they are thus far votaries of the scheme! Abolition of black money is a global phenomenon and is the Holy Grail of any government, but the NDA government is behaving pompously as if this is its own finding, and has unilaterally transformed the given mandate into an authoritative control. This study maintained delicate balance between the merits and demerits of it, seriously calling for cogitative interventions of appropriate monetary redesigns, logical performance and effective deliverables to ease the scarcity of monetary instruments to the people who have thrown their hands in despair and rapped the government and the RBI on the knuckles. National productivity is in jeopardy as majority of the people are at the doors of ATMs and banks for making good of their hard-earned money.

This is in reference to Will India be Trumped? (December 4). Between the two contestants, democratic candidate Hillary Clinton appeared to have greater clarity in policy perceptions. Her defeat, hence, came as somewhat shocking. Clinton is gracious in defeat, while her republican rival Donald Trump's good gesture in crediting her with his victory is even more touching and admirable. That should be the underlying spirit to stay united for a nation's cause, eventually. Many Indian politicians have something to learn from them in this respect. However, the general feeling in the US after Trump's victory is not one of optimism. Perhaps, it is a matter of time before he lifts up the sentiment again. "I am president for all Americans" is a great and encouraging statement from Trump that should hopefully douse the flames in the form of loud protests emanating from across the country.

This is in response to the article on demonetisation (The Great Indian Vanishing Trick, December 4). Though the decision to demonetise currency notes of Rs 500 and Rs 1000 is a good one, it is the common man who is suffering in the long run. Unearthing black money by harassing the common man is not the right step as it won't yield any results. PM Modi should have thought twice before decommissioning currency notes of higher denomination. He has put the common man in a lot of inconvenience and hardship. People are losing lives after standing in long queues from morning till evening to exchange old currency notes for new ones. ATMs have also run out of cash. Every life is precious. Who is responsible for lives lost by standing in long queues? Apart from the many 'kadak' steps taken by the government, one should also be able to make donations accountable not only of religious institutions, but also of political parties. That would be a significant effort in curbing black money.

This refers to your article Fast Forward (December 4) on two-wheeler emission standards. Given the hazardous pollution level in Delhi, both the civil society and the government must get their acts together. Vehicles on roads must be restricted. Self measures like use of public vehicles, and a car to be used when absolute necessary, can lessen traffic jams. But for that, public transport must improve and more number of green cars must be manufactured.