Making Sense of the Fiasco at Axis Asset Management Company

Axis AMC, which is the seventh-largest asset management company of the country, suddenly finds itself in a soup with allegations of serious violations by its fund managers. It needs to clear the air soon on what went wrong and what it is doing to fix the problem

Sounds familiar? Well, this is the standard disclosure that every fund house or financial advisor has to give while pitching a mutual fund product to investors. This has been mandated by capital markets regulator Securities and Exchange Board of India (Sebi), which is known for its tight and stringent regulatory framework for the country’s asset management companies (AMCs). In fact, the oft-repeated joke in the industry is that the framework is so tight with such micro-management that fund managers need a regulatory approval just to get up from their chair!

Given the regulatory framework and strict compliance controls put in place by fund houses, it is not common to come across instances of alleged wrongdoings or violations by key employees of mutual funds. Once every few years, though, there occurs a situation that makes investors and the regulator think whether the fund houses and their fund managers are performing their fiduciary responsibilities in letter and spirit. This assumes significance because then the investments are not only subject to market risks, as stated by the mandatory disclaimers, but also to risks arising from individuals failing in their fiduciary duties for which the investors did not sign up for.

Currently, Axis Asset Management Company is under the scanner for alleged wrongdoings by some employees who were in charge of managing investor money.

The seventh-largest fund house of the country, with assets under management totalling more than Rs 2.6 lakh crore, has already changed the fund manager for as many as seven schemes while sacking two fund managers—Viresh Joshi, who was also the Chief Trader, along with Assistant Fund Manager Deepak Agrawal. Joshi, who had been with Axis AMC since 2009, was terminated on May 18, while Agrawal, who had joined the fund house in 2015, was fired two days later.

Further, the fund house has hired global professional services major Alvarez & Marsal to conduct a proper probe and forensic audit in the matter. Axis AMC says the investigation was initiated in February this year.

While the first statement issued by the fund house on May 6 stated, among other things, that “two fund managers have been suspended pending investigation of potential irregularities”, then came a slightly detailed statement from Chandresh Nigam, MD & CEO of Axis AMC. It was, indeed, needed as the fund house was facing all kinds of allegations, ranging from its fund managers being involved in front-running to taking kickbacks to owning fancy sports cars and properties.

None of the allegations could be independently verified amidst the ongoing probe, which is expected to be over soon. More importantly, the capital markets regulator, which has a history of acting tough against fund houses, is also looking into the matter. Way back in 2010, it had penalised a dealer of HDFC Mutual Fund after a detailed probe found that he—along with three other entities—was allegedly involved in front-running activities that resulted in cumulative unlawful gains of Rs 2.86 crore. 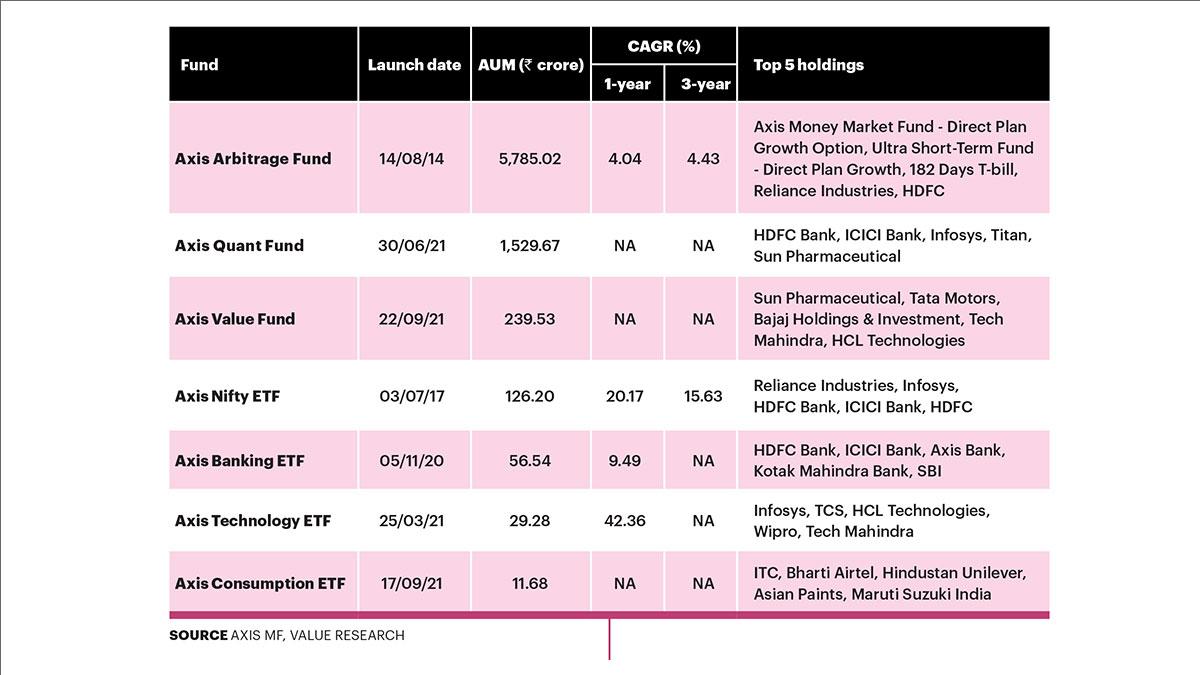 Front-running refers to an illegal practice wherein an entity trades in shares of a particular company on the basis of unpublished or inside information that a fund house is going to execute a trade in the company. It is looked upon as a serious offence in capital markets, although it would be early to conclude in the current matter if it is a case of insider trading. “The essence in a front-running charge is the pattern of trading, proximity of the transaction with the substantial order, and the proof of knowledge of information pertaining to the substantial order,” says Sumit Agrawal, Founder of Regstreet Law Advisors, who is also a former Sebi official and an author of a book on the Sebi Act. “Front-running is keeping Sebi on its heels these days. It is one of the most terrible crimes in the securities market and, unfortunately, it is prevalent more than we would like to think. Sebi as a regulator has been trying to deal with the menace with amendments to its mutual fund- and FUTP [Prohibition of Fraudulent and Unfair Trade Practices] Regulations.”

Incidentally, people familiar with the matter say that the initial probe has revealed certain chats and communications—discussing stocks and trades among other things—that violate the code of conduct, and at least one of the sacked fund managers was not very forthcoming with information and responses. They, however, add that it would be a bit far-fetched at this juncture to conclude that it was indeed front-running.

“Traders and fund managers cannot be freely discussing stocks and trades with people in the market. There is a way in which this communication can be done as per compliance. Certain chats over instant messaging platforms appeared suspicious and an explanation was sought,” says a person familiar with the matter. “Further, responses that the probe team were seeking were not given properly and one [fund manager] even failed to turn up for a meeting when called to clarify on some of the chats and communications that looked suspicious,” he added, wishing not to be named as the probe is still on.

“In any financial market, there will always be some rogue elements that would try to benefit if there is an opportunity. It is the nature of response to such rogue elements that determines the character of the financial institution,” says Shriram Subramanian, Founder & MD of InGovern Research Services, a proxy advisory firm.

Dhirendra kumar, Founder and Chief Executive of Value Research, believes that credit worthiness is a fundamental tenet for mutual funds, and Axis AMC should accelerate things in terms of coming out with the findings. “They need to show that they had enough checks and balances in place and were quite proactive in initiating the probe. They have a fiduciary responsibility,” says Kumar, adding that investors who have put money in Axis AMC schemes should not panic as yet. But if there are any adverse findings that come out later, then it would be tough for investors to put money in the fund house, he says.

In a similar context, InGovern’s Subramanian believes that the development is a setback for Axis AMC and it should complete the investigation as soon as possible to retain the trust of its unit holders. “It is not clear as to what triggered the investigation, what is the nature of the violation, why it has taken two months to investigate, and what is the loss to unit holders,” he says.

To be fair to the fund house, its portfolio of stocks across schemes is believed to be largely good-quality large caps. Industry players say that given the backing of the third-largest private sector bank and a global investment manager—Axis Bank and the UK’s Schroder’s own 74.99 per cent and 25 per cent, respectively—the compliance protocols and processes would be in place. They, however, add that an occasional slip is possible, especially during times when some may be working from home and could have become a bit callous.

Incidentally, none of the schemes that were managed by the sacked fund managers has taken a hit by way of an abrupt and huge fall in their respective net asset value. “Since inception, we have followed a highly disciplined strategy focussed on investing in high-quality businesses with strong emphasis on risk management. Our performance over the years is proof of success of this strategy. All our portfolios have high-quality holdings and have adequate liquidity,” stated Axis AMC in its emailed responses. “There are no restrictions on redemptions. In any event, we believe that the available liquidity with our funds and the quality of our portfolio will enable us to meet redemption requests from investors, if any,” it added.

Meanwhile, the statement issued by Nigam on May 8 mentioned that the “recent developments do not impact the portfolios held by any of the schemes of Axis AMC. Any suggestion to the contrary is baseless and should be ignored”.

The probe may well be on and might be nearing its end as well, but whatever the outcome, Axis AMC will have to ensure that violations—minor or otherwise—are properly identified and the loose ends are tied up to avoid future such occurrences.

The regulator is watching and is not going to take this lightly in any manner whatsoever, especially when it has expanded the scope of the law to include intermediaries along with non-intermediaries as well, including family members and friends.