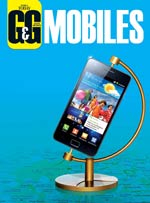 GPS-enabled phone, check. Mapping software, check. Smooth running of maps on the phone , uncheck. Today, most of the mid-segment and high-end smartphones are A-GPS enabled. But being GPS enabled isn't enough for a smooth navigation experience. The phone's processor along with the RAM also make a huge difference.

Also, some maps involve active data connection. With a number of factors influencing the performance of the handset, higher the processor and RAM, the better performance one can get. Phones with a processor clockign, say, 600MHz are often slow when it comes to routing. Another key imporant factor is the display of the handset. The bigger the display, the easier it is to use and browse through the map. And here is something that might not cheer you: accessing GPS drains your phone's battery quickly. Today, most of the smartphones available in the market are loaded with maps. On iOS and Android phones, Google Maps come by default.

Similarly, Ovi Maps by Nokia is a part of most of the high-end Symbian phones, while Bing Maps come preinstalled on Windows Phone 7 devices. But if you are still not convinced about the default software, you can also choose from the other navigation apps listed on most application stores. Here are a few smartphones that fit the bill perfectly. Spend a few extra grands to get a car mount and a car charger for uninterrupted navigating.

You will be at ease with just one gadget, your phone, that can do a lot more than you can imagine. Stand-alone navigators have an edge over smartphones in navigating, but then they cost an extra Rs 10,000 or so. On the other hand, today's smartphones are capable of calling, email, web browsing, camerawork, navigation, you name it and a smartphone will do most of it. But choose the best specs as navigating involves heavy data usage and consumes a lot of power. 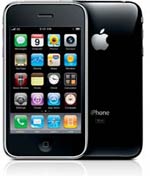 The next version of the iPhone is in the offing, but this doesn't mean the iPhone 4 isn't worth considering. The retina display is a killer and the A-GPS support along with digital compass is all you can ask for. Google Maps comes pre-installed on this phone. With plenty of navigation software and location-based apps available on App Store, you can do a lot more with this device. What is more, there isn't any lag while accessing heavy apps on the iPhone 4.
SPECS: 3.5-inch display; 5 MP camera; 16GB/32GB onboard memory; A-GPS with digital compass, Wi-Fi, 3G; Google Maps on board.

If you recently brought an iPhone 3GS, thinking that it is, after all, an Apple iPhone, don't worry. Even the iPhone 3G S is good at handling navigation. Similar in many respects to the iPhone 4, it comes with Google Maps and digital compass for navigation. Although it has a lower-rated processor, it still manages to outshine other smartphones with the same or even higher specifications.
SPECS: 3.5-inch display; 3.15MP camera; 16GB/32GB; A-GPS with digital compass; Google Maps on board.

Touted to be the fastest smartphone in the industry, the Galaxy SII is powered by 1.2GHz dual core processor along with 1GB RAM. Hence, be it launching applications, browsing applications or even using AGPS, everything happens within a fraction of a second. The big capacitive bright display makes text input really very simple and the Google Maps on board along with digital compass offers an excellent navigation experience.
SPECS: 4.3-inch display; 8 MP camera; 16GB internal memory; A-GPS, 3G, Bluetooth, Wi-Fi; 116 gm; 1650 mAh battery.

HTC WILDFIRE S
Price: Rs 13,500
You don't want to spend much but still wish to experience navigation experience on your phone? Try out the HTC Wildfire S. Powered by a 600MHz processor, it might not offer you the best and smoothest navigation but it isn't bad either. Once again an Android offering, this too has Google Maps on board. The 3.2-inch display definitely looks small in front of all the biggies but for the value it offers, it is a good deal worth considering.
SPECS: 3.2 inch display; 5 MP camera; 512 MB RAM, 32GB expandable; 3G, Bluetooth, Wi-Fi; 105 gms; 1230 mAh

LG OPTIMUS 2X Price: Rs 25,499
If you have a tight budget and cannot afford to shell out Rs 30,000 for Samsung Galaxy SII, consider the LG Optimus 2x. It is powered by 1GHz dual-core processor and looks super fast in comparison to many other smartphones with a single core processor. The big and bright display can easily compensate for a navigator screen and the Google Maps pre-installed are good for basic routing.
SPECS: 4-inch display; 8 MP camera; 8GB onboard storage, 32GB expandable; A-GPS support with Google Maps, Bluetooth, EDGE, Wi-Fi, 3G; 139 gm; 1500 mAh battery.

SONY ERICSSON XPERIA ARC Price: Rs 27,270
A perfect blend of beauty with brains is what you will say about the Sony Ericsson Xperia Arc. Even with a 4.2-inch capacitive touch display, it is lightweight and looks stylish. By accessing settings, you can switch on GPS and enjoy navigation on the preinstalled Google Maps. With a 1500 mAh battery hidden under the back cover, it can manage to last a day with basic usage and a bit of navigation.
SPECS: 4.2-inch display; 8 MP camera; 320 MB storage memory, 32GB expandable; A-GPS with Google Maps, EDGE, Bluetooth, Wi-Fi, 3G; 117 gm; 1500 mAh battery.

BLACKBERRY 9900 Price: Rs 32,490
It's difficult to convince BlackBerry addicts to consider some other platform or device. Thankfully, RIM has recently launched its best BlackBerry smartphone that made it to this list. The Bold 9900 is different from all the ones mentioned here because apart from touch display, it has a keypad that can be used for typing in the destination. Also, you can install Google Maps, Waze and MapmyIndia Sygic on this phone though it comes with BlackBerry Maps.
SPECS: 2.8-inch display; 5 MP camera; 8GB onboard memory, 32GB expandable; A-GPS, Bluetooth, 3G, Wi-Fi; 130 gm; 1230 mAh battery.

NOKIA N8 Price: Rs 22,000
If you want to save yourself the hassle of installing additional maps and yet enjoy turn-by-turn voice navigation, the Nokia N8 is what you should get. With Nokia's Ovi Maps pre-installed, you don't need any other software. Select maps from the main menu and the device will instantly build a satellite connection and track your current position. The voice directions are useful when you are driving alone. Good at multitasking, you can switch between other applications as well.
SPECS: 3.5-inch display; 8 MP camera; A-GPS support with OVi Maps, Bluetooth, 3G, Wi-Fi; 135 gm; 1200 mAh battery.


Geography On Your Screen