The need for timely medical help led five friends to set up Dial 1298 for Ambulance, an emergency service. 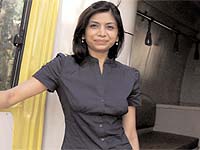 The need for timely medical help led five friends to set up Dial 1298 for Ambulance, an emergency service.

What led you to start an ambulance service?
Dial 1298 for Ambulance was set up by the five of us - Shaffi Mather, Naresh Jain, Manish Sacheti, Ravi Krishna and I. We got the idea after Mather’s mother fell ill one night and we had no clue about what to do. This made us realise the need for an ambulance service.

When did you set it up?
We put in Rs 20 lakh each to begin operations in 2004, in Mumbai. We persuaded the London Ambulance Service to help us set it up. We started with 22 employees and two ambulances. Now, we have 81 ambulances, a staff of 285, of whom 27 are doctors, and service seven districts in Kerala as well.

Did you face any hurdles?
Corruption was the biggest obstacle. While we were trying to get 1299 as our phone number, the officer handling the case demanded a bribe. He was peeved when we refused, so he gave us 1298. Also, most doctors weren’t keen to work with us, so we had to pay a high salary to attract them.

What are your charges?
For the Basic Life Support ambulance, we charge Rs 500 for up to 10 km or two hours, whereas for the Advanced Life Support one, the rate is Rs 1,500. We give a 50% subsidy to users of government and municipal hospitals. In case of an accident or a disaster, we transfer the patients for free.

How has the response been?
We received about 27,000 calls last year. Some organisations, such as the Rotary Club of Bombay and Red Swastik Society, have donated ambulances to us. We hope to have a turnover of Rs 4 crore this year.

Is it a full-time job for you?
Currently, only I am involved full time. The remaining founders are on the board of directors, but have taken up other jobs or started new ventures.

What’s in the pipeline?
We want to expand our services to the top eight metros and the whole of Kerala by 2013.

As told by Sweta Mangal to Namrata Dadwal