Kaytee Namgyal, 29, makes a success out of an offbeat profession. Here's his mantra.

I was good at dancing as a child but I never seriously paid attention to it. Like many others I had also grown up on a diet of Hollywood dance films such as Dirty Dancing and Dance with Me. My first brush with salsa was when I was visiting my relatives in Japan.

I visited a nightclub there and became enamoured with the sensual movements of the dance form. I decided to forgo my course in international relations and learn salsa. I went to various dance schools in the US to learn the right skills and techniques.

It started as a hobby. But when I started teaching it to a few friends I realised that I could take it up professionally. The first couple of years were difficult. My main income, at that time, was from freelance photography. Now that people are aware of Latin dances there is quite a strong demand for more instructors and studios. 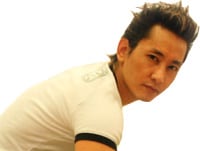 In the beginning I wasn’t sure if I could make a living out of my hobby. In 2001, I joined a dance studio in Delhi’s Panchsheel Park. I worked there on a 50:50 profit sharing basis. Most of my first students were from the diplomatic crowd who were already familiar with salsa. I decided to organise small parties and invited people to come and see what kind of music and steps were involved.

Slowly it mushroomed and has since become a passion with a lot of my students. I now have six studios in Delhi, five in Mumbai and four in Kolkata. I have managers and qualified instructors for each centre. We teach other forms of Latin dances too like the bachata, mambo, samba etc. On an average I teach three batches a day with 20-25 people in a batch. We charge Rs 2,500 per person per month for eight classes.

I also travel a lot. I recently visited Malaysia. Salsa enthusiasts organise dance classes and nights and invite me to perform as well as teach. Travelling is also a great way for me to learn and inculcate new forms of dance styles into my own. I have also, along with my team, begun organising the Salsa-India Dance Festival.

The third one held in April 2007 was in Mumbai. We had more than 4,000 participants from India and abroad. I just can’t seem to stop tapping my feet and they’ve been my best guides to success. I think you have to spot the opportunity and work hard. Only then you’ll be successful.