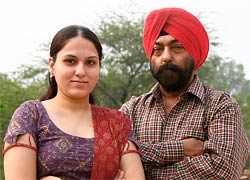 I bought a family health insurance plan of Rs 12 lakh in 1999 from the Oriental Insurance Company (OIC). After a few months of taking the policy, my daughter Simran, who was then 12 years old, complained of a terrible pain in her legs.

We took her to Apollo Hospital where the doctors performed various medical tests. Finally, they recommended a lower back (lumbar spine) operation. The surgery was successful, but I had to fork out Rs 1.46 lakh for her treatment. I thought I would get the money back from the insurance company.

In March 2000, I received a shock when the insurance company rejected my claim. According to OIC, the disease for which my daughter was operated upon was congenital and I had breached its trust by not disclosing this fact when taking the policy. I sought the opinion of a surgeon in Apollo Hospital and he made it clear that the disease did not exist at the time of her birth. OIC, however, refused to settle the claim.

I was entitled to the reimbursement. I filed a case against OIC in the district consumer court. But my hopes were dashed when in 2003 the district court ruled against me. It took into account the report given by the doctor on the panel of OIC that my daughter suffered from a congenital disease and also suffered from lower back pain and fever due to it.

I filed an appeal against the ruling in the Delhi State Consumer Commission. In August this year, the commission came out with its ruling in my favour. It directed OIC to reimburse the medical expense and awarded Rs 5,000 as compensation. OIC hasn't paid the amount to me yet.

It may appeal to the National Commission against the verdict and the case may drag on for some more years. But I’m not willing to give up. My fight is for my financial right.

— As told to Priya Kapoor