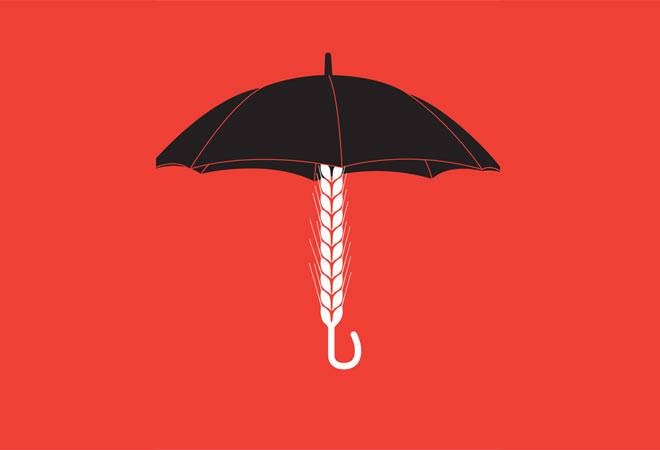 Four years ago, when the government unveiled the Pradhan Mantri Fasal Bima Yojana (PMFBY), the crop insurance scheme, general insurance companies saw it as a big opportunity. Bulk of the premium was to come directly from the Centre as well as states. Customer acquisition costs were almost nil as states along with banks were sharing data of farmers. The farmers loved the scheme as their contribution was just 1.5-5 per cent of the sum assured. The Centre received kudos for using the insurance model to compensate farmers in distress. But today, all three stakeholders are dejected.

At present, the five state-owned insurers together account for over half the premium mobilised under PMFBY - close to Rs 30,000 crore. One of the five, National Insurance Company underwrote a premium of Rs 234 crore in the very first year, 2016, as against claims of Rs 70 crore at the end of the year. The first year's profits encouraged the Kolkata-based company to take bigger bets next year. In FY18, the company underwrote a massive premium of Rs 1,542 crore, but unlike the previous year, claims surged to Rs 1,741 crore. The claim ratio was a staggering 112 per cent. The story was no different in subsequent years.

The entire industry has been suffering from very high claim ratios in the last three years. For FY19, total claims have already touched Rs 20,000 crore, and the kharif claims haven't even been reported yet. Insurers' gains are not just the difference between the premium collected and claims paid, but include additional costs like reinsurance and administrative, which are over 12 per cent of gross premiums.

Initially, it was being said that insurance companies are making windfall gains. But those accusations have stopped. Four private insurers - ICICI Lombard, Tata AIG, Cholamandalam MS and Shriram General Insurance - have bid goodbye to the scheme. "Crop performance revolves. There will be, say, three good years and one bad year. But you cannot make money every year and you just cannot afford to lose money every year," says Anurag Rastogi, Chief Actuary and Chief Underwriting Officer, HDFC ERGO General Insurance Company. At an aggregate level, the industry is losing money in crop insurance due to intense pricing pressures, he adds.

The private players that have exited may join back later, but not till the scheme remains in its current form.

While the aggressive pricing that insurers adopted is partly responsible for their losses, there are other reasons too. West Bengal recently decided to withdraw from the scheme. Punjab never participated. The onus of the implementation lies entirely with state governments. Experts say the operational guidelines set by the Centre are not being followed. Recently, the Central government admitted in Parliament that settlement of claims in some states is getting delayed due to reasons such as late transmission of yield data, delay in release of the state's share in premium subsidy, yield-related disputes, non-availability of account details of some farmers, etc.

The farming community, too, is to be blamed. There have been instances of fraud or collusion between state representatives and farmers. Many farmers look at the scheme as a dole and show lower yield so that they can file a claim for a higher amount.

The government has now revamped the flagship sch- eme for the second time since inception. The changes have made the scheme voluntary, there is a larger mandate of three years for insurance companies, reduction of Central government subsidy from 50 per cent to 30 per cent and penal action on states delaying their premium contribution. But the scheme needs a much bigger overhaul.

The first step would be for insurance companies to set up infrastructure to get premium on time from states, get closer to the area to see crop-cutting experiments and build relationships with people.

"You have to manage the entire ecosystem," says Mahesh Balasubramanian, MD and CEO, Kotak Mahindra General Insurance. The new general insurance arm of Kotak Mahindra Bank will get into crop insurance only after it has attained a critical size by being in at least half a dozen states and not just one or two, he adds.

Insurers also need to build a knowledge base of the covered crops, which include food crops (cereals, millets and pulses), oilseeds and horticulture. "You need expert skill sets within the company which are mobile geographically. Crop insurance is like a caravan which keeps moving depending upon the success of the company's bids in different states," says Balasubramanian. The allocation of crop fields for three years will encourage companies to set up base in a state or a district, but the decision to make the scheme voluntary for farmers will reduce volumes for the business to be sustainable at the current premium rates.

Apart from region-specific crop know-how, insurers also need expertise in covering risk such as drought, flood, pestilence and diseases. For instance, Maharashtra has seen a perennial drought-like situation in many districts, while Kerala and Odisha often face floods.

Since the entire responsibility of implementing the operational guidelines of crop insurance lies with respective states, insurers must assess the situation of the state before bidding. "The cluster selection (a state is divided into clusters for insurance) is done by statistically proven methods," says Bisheshwari Singh, Chief Marketing Officer, Universal Sompo General Insurance. Many states, however, pick high-risk areas for coverage and keep low-risk areas out. There are also issues with state government data on yield. This data, say insurers, though comprehensive, needs a lot of tweaking to arrive at the yield because different crops are grown in the same field over a period of time.

Globally, agricultural plots are scientifically marked for insurance and not by covering district, cluster or village. One can cover plots of various sizes. Apart from this, in India, many of the land holdings are small and fragmented. "We could have a farm-level approach for insurance if land records are digitised," says Singh of Universal Sompo. Digitisation of land records is also something that states need to start at the earliest.

PMFBY is yet to develop scale. As per the available figures, insurance coverage has increased from 23 per cent to 30 per cent of the gross cropped area in four years. "Currently, only about 30 per cent of the sowing area is getting insured," says Rastogi of HDFC Ergo. A large part of the crops that are insured is that with high loss potential, while crops that are less prone to loss are left uninsured.

The scheme operates on a sample approach to discover the yield of the entire insured area. The sample yield results are extrapolated to see whether the actual yield is higher or lower than the agreed threshold yield. So a sample data decides the entire insurance claim. Experts argue that the sample yield exercise doesn't provide the real picture. In fact, a sample approach increases the risk as against other general insurance products like motor or health insurance where the actual event (accident or hospitalisation) is insured for claims. One way to go about this is to include parameters like weather, rainfall, etc., to measure farm yield.

Apart from that, the sample yield exercise is undertaken by state government officials and the local farming community; the insurers come in only for crop-cutting experiments. It is also in the interest of the local farmers or state to show lower yield to get insurance money. "It is important for insurers to have ears to the ground and be present to make sure that the process to calculate yield is done correctly and transparently, since payment of claims is dependent upon correct estimation of crop yield, based on the output of the crop-cutting experiments," says Rastogi.

Companies, too, need to strengthen their systems. At present, many outsource this activity or hire both own and outside employees as they don't want to increase their fixed costs. If companies are present on the ground and participate in crop-cutting experiments, they can raise issues and ensure that correct yield data is reported. "You also have to remain in contact with state governments to ensure that crop-cutting experiments are done timely and in accordance with PMFBY's guidelines," says Rastogi.

Focus on using new technological tools like satellite images to cover entire fields will also help. "The yield data should be correlated with mandi arrivals. There can be a mixture of parametric variables and sample yield data," says an industry insider.

The farming sector sees high political interference. In November last year, an office of IFFCO Tokio General Insurance in Pune was ransacked by activists of Shiv Sena, because farmers were unhappy with the delay in insurance claims. What's surprising is that the insurer was not covering any cluster or village of Maharashtra for kharif 2019. Similarly, an FIR has been filed against an insurance executive of a Pune-based general insurance company for not paying farmers' claims under PMFBY.

"We, as insurance companies, are scared. We cannot fight against the government or local politicians," says an executive. In fact, insurance companies are now keeping away from some states after their own bad experience or those of others. This is probably the reason why insurers didn't show any interest in covering eight districts of Maharashtra during the rabi season in the current fiscal. There was no interest last year in Manipur, Andaman and Nicobar Islands, Daman and Diu. Insurers also stayed away from some districts of Chhattisgarh.

Given the nature and volatility in losses, crop insurance requires a high level of reinsurance. Currently, insurers are ceding more than 80 per cent of the business to reinsurance companies like GIC Re, Hannover Re and others. In fact, domestic reinsurer GIC Re came in a big way to support government-backed initiatives. But after three years of losses, they, too, are finding it difficult to continue. For instance, GIC Re hasn't made any profit in crop insurance in four years. The combined ratio, which includes claims, expenses and reinsurance cost, has been over 100 per cent.

The losses are forcing reinsurers to separate the good players from the bad ones. "They are now charging higher premiums from the bad players," says a general insurer senior executive. They are taking yield data from mandis to put a check on underreporting.

It is in the interest of states and farmers to report correct yield data. Showing lower yield only increases the premium for the next year and ultimately farmers and the state suffer if they are not covered by insurance or have to pay higher premium.

Recently, many states drew a blank when they opened bids for crop insurance. Such a situation will not do any good to the flagship crop insurance scheme. This practically means it is now the baby of state governments.