Of the 50-odd smartphones of various hues and sizes priced under Rs 10,000, here's a list of the best for you to choose from.

Nidhi Singal
The dynamics of the mobile phone market have changed yet again. Earlier, market leaders such as Samsung, Sony-Ericsson and Nokia fought the sub-Rs 10,000 segment with only feature phones while smartphones cost no less than Rs 20,000. But now you can get a decent smartphone for as little as Rs 3,500.

Thanks to vigorous competition in the market, smartphone prices have fallen to an all-time low. It's not just the big names but also small (indigenous) manufacturers and carriers that are trying to cash in on the customer who aspires to own a smartphone, but on a budget. Trading in a regular phone to take home a smartphone for almost the same price should be an attractive proposition for any modern consumer.

Of the 50-odd smartphones of various hues and sizes priced under Rs 10,000, we have compiled a list of the best for you to choose from.

However, just a couple of weeks ago, Aircel introduced a special offer for its users-the 8GB variant of the iPhone 3GS for only Rs 9,999. However, there is a catch. Customers will have to pay Rs 3,000 a month for data usage.

The iPhone 3GS is almost four years old but is still far better than many Android phones. Apple also offers full support as the iPhone 3GS will be upgradable to the latest operating system, when iOS 6 is launched. For many years, Research-In-Motion's BlackBerry operating system was the preserve of the rich. Not one BlackBerry machine was priced below Rs 25,000. The secure push mail on these phones was the exclusive domain of corporate honchos. But a couple of years ago, the company realised that it was losing a huge market by restricting itself to the enterprise audience.

In 2009, BlackBerry's Curve 8520 breached Rs 15,000 barrier. While the Curve 8520 still sells, especially to young customers, the Curve 9220 is the latest entrant in this range. Other than secure mail, it is the BlackBerry Messenger that is a big hit among its users. The BlackBerry App World also has many more applications available for download.

REALITY CHECK
While these smartphones support multitasking, push mail, browsing and gives access to downloads and more apps, don't expect the user experience to be as good as in a high-end smartphone.

Android was Google's response to the iPhone. Initially, even Android smartphones were priced upward of Rs 25,000. But now they are available for as low as Rs 3,500, though prices can go up to Rs 40,000. As the Android source code is open, any manufacturer has the right to use the platform.

Android smartphones under Rs 10,000 have slower processors- 800MHz or lower compared with multi-core 1GHz or higher-and operate on Android version 2.3 or 2.2. The display will not be as responsive or as bright as on high-end smartphones. And you should forget about additional features such as NFC and Wi-Fi Direct.

While these affordable smartphones will be able to perform almost all the tasks, like fetching emails, browsing the web, downloading apps from Google Play, uploading images, the performance may not be the best. You cannot enjoy heavy gaming as these phones don't have the required resources. Cameras with 5 MP sensors may capture average images too.

Nonetheless, it's worth the cost if you need to access mail (and communicate) on the move or have the habit of consuming news anytime of the day and have no access to a computer or television. There are also nifty apps that can help you make the best use of your phone. 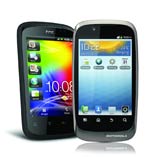 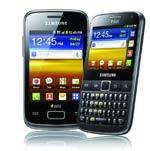 Smartphones: Compare chart
Click here to Enlarge
Symbian
Symbian is still one of the lowest power-consuming platforms around. However, Nokia underestimated the success of iPhone and Android and Symbian is not bad in itself. It just feels a bit outdated compared with iOS, Android and Windows but can still handle multiple apps even with less resources.