The ending of the uncertainty about who will lead IT company Infosys with the appointment of Vishal Sikka as the chief executive officer (CEO) is likely to boost the company's stock. Brokerages give a thumbs up to the appointment of a new CEO at Infosys.

The ending of the uncertainty about who will lead IT company Infosys with the appointment of Vishal Sikka as the chief executive officer (CEO) is likely to boost the company's stock.

Along with the announcement of the appointment of the former SAP executive as CEO and managing director from August 1, the company also said that founder NR Narayana Murthy, who returned from retirement to lead the company as executive chairman last year, would step down from June 14 and would be appointed chairman-emeritus. The company also elevated UB Pravin Rao as chief operating officer. Sikka will be the first non-founding member to be the CEO of the company, established in 1981. Experts see the move as positive for Infosys. 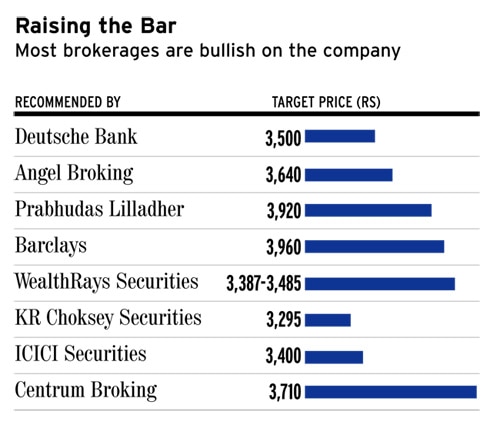 Deven Choksey, managing director, KR Choksey Securities, says, "Vishal Sikka has extensive experience in terms of client interaction, especially at a very senior level, and is also well-versed with latest technology trends in the IT industry. He is an ideal combination of a sales person and a technocrat." Vivek Gupta, senior equity research analyst, WealthRays Securities, says, "Margins in the company's IT service division is shrinking. Infosys is looking to make its portfolio more diverse by focusing more on product division. Right now the product division contributes 6% to revenue (just 2% excluding the banking product Finacle). Bringing Sikka on board clearly indicates the objective of the company. Sikka is coming from a product-based company, where he was considered as the brain behind SAP's HANA platform, which was a hit in the market and gave a big boost to sales at SAP. Sikka's expertise will help Infosys increase focus on the product division."

The biggest issue the company now faces is getting back to the high growth trajectory as its growth has of late slowed a bit in comparison to peers.

Sarabjit Kour Nangra, vice president, research, Angel Broking says, "We believe that the company needs to focus on getting its growth momentum back on track." For the year ended March 2014, the company booked a consolidated net profit of Rs 10,648 crore, up 13% from Rs 9,421 in March 2013. Net sales were Rs 50,133 crore, up 24.24% from Rs 40,352 during the period. On June 13, the stock was trading at Rs 3,181.65 with price-to-earnings (PE) ratio of 17.92. On the day, the industry PE was at 19.50. Dipesh Mehta and Neerav Dalal, IT analysts, SBICAP Securities, say, "The stock is presently trading at a PE of 15.4/13.6 on its 2014-15E/2015-16E projections of earnings per share that we currently have. Our current target price is Rs 3,500. We expect the company to underperform peers in the near term while regaining momentum the next year." Choksey of KR Choksey Securities says, "Considering the recent exits of 12 core team members, we believe the new CEO will have to re-build the team by hiring outsiders, which will take time to reflect in terms of financial performance.