Here are a few changes that we would like to see in the new Direct Taxes Code 2009. 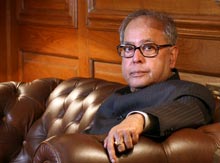 It has been hailed as “pathbreaking” by the media and celebrated as a “paradigm shift” by tax professionals. While the new Direct Taxes Code proposed by the government does indeed live up to the finance minister’s promise of simplifying tax laws to pave the way for improved compliance, it is not without its share of warts. Some of the proposals in the draft code are so sweeping that they could derail the financial planning of many taxpayers.

To be sure, the code is still far from becoming a law. So what’s all the fuss about, you may ask. This is because the government has invited responses to the proposal from the corporate sector, taxation experts and the general public. It will examine the submissions and perhaps incorporate the feasible ones before the draft bill is tabled in the winter session of Parliament in the first week of December.

MONEY TODAY lists five areas of concern in the draft proposal that could adversely affect the income, investments and financial planning of ordinary taxpayers. We also reached out to a wide range of experts for their views on these pinpricks in the new tax code and how they could be removed to make the proposed law fair for all categories of taxpayers.

More options for tax savings
While the new code raises the annual limit for tax-saving investments three-fold— from Rs 1 lakh to Rs 3 lakh—it has pared down the number of options to just four. These are the approved provident funds, approved superannuation funds, life insurance policies and the New Pension Scheme. One very crucial exclusion is the ELSS category of mutual funds. “It is surprising that ELSS funds are not among the tax-saving options listed under the new code,” says Dhirendra Kumar, CEO of mutual fund tracker Value Research.

These funds have helped taxpayers create mounds of wealth in the past five years. Ulips, pension plans and the NPS also hold out the same promise, but ELSS schemes are less complicated and more transparent. An investor can buy any ELSS fund that suits his risk appetite. Kumar points out that an ELSS is a cost-effective, well-regulated and transparent instrument and, hence, good for investors.

“It seems the new tax code is trying to promote long-term savings rather than short-term investments,” says Sudhir Kaushik, executive director, Taxspanner.com. Even so, the option can be included with certain modifications. Instead of the three-year lock-in period, the redemption of ELSS funds could be linked to the retirement age of an individual.

A cut-off for tax on insurance income
Insurance has for long enjoyed tax exemption for no apparent reason other than to encourage people to take life cover. Investors, however, have been misguided by the tax exemption. “Instead of a risk cover, life insurance was treated as a taxsaving investment option,” says Alok Bansal, chief financial officer of Policybazaar.com.

The new code proposes to rectify this historical error. It says that income from life insurance policies will not be taxed only if the premium is less than 5% of the sum assured and the amount is received on maturity of the policy. This means most insurance policies—endowment, money-back, whole life plans and Ulips—will lose their status as tax-free havens. “Generally, the premium of a life insurance policy is 15-20% of the sum assured. The exemption should be linked to this realistic premium level,” says Sonu Iyer, tax partner, Ernst & Young.

Besides, unlike in the case of PF and PPF, the code does not give a cut-off date for insurance plans. This will be unfair to a person who receives a large sum on the maturity of a policy only to find that it is taxable. “Such changes should be made with prospective effect so that investors aren’t caught unawares,” says Vikas Vasal, executive director, KPMG.

Currently, any insurance policy with an annual premium of more than 20% of the sum assured is not eligible for tax exemption. However, when this ceiling was introduced in the 2003 Budget, it was clearly stated that it would apply only to the plans issued after 1 April 2003. The new code should follow suit.

SOS: Spare our senior (citizens)
The EET regime outlined in the tax code has been in the offing for some time and appears imminent. However, tax on every form of income, including retiral benefits, maturity of insurance plans, long-term capital gains, may seem a bit harsh on senior citizens and retirees. Taxpayers in this segment are vulnerable because they have stopped working and are living off their investments. Adding to their woes is the high cost of living and the fact that nuclear families are increasingly becoming the norm in urban India. “Senior citizens will be hit hard by the EET regime. They have already been impacted by the reduced purchasing power of their savings. Some thought should be given to the ways we can soften the blow—perhaps through a higher exemption,” says Iyer.

The definition of ‘senior citizens’ also needs to be reviewed. Tax laws consider those over 65 years as senior citizens. However, one usually retires at 58 or 60. If their health permits, some extend their working lives to 62. So, why should they have to wait for another three-five years to get the benefits of being a senior citizen? The new tax code should lower the eligibility age to 60-62 years.

The greying section of investors also needs a viable tax-saving option. They cannot be investing in pension plans at the age of 60-65. They need to invest in fixed income options such as NSCs and fixed deposits. The government should consider including at least one fixed income option for tax savings. The Senior Citizen’s Scheme, which is eligible for tax benefits under Section 80C, is a worthy option.

Some rent exemption for the salaried
The proposed change in the tax slabs under the new tax code means that one will be paying lower tax, which largely compensates for the removal of various tax deductions. However, some deductions are still available to certain taxpayers. For instance, rent will continue to be allowed as a deduction for self-employed taxpayers. They can avail of the deduction for the rent paid, less 10% of their income from ordinary sources. But there is a ceiling of Rs 2,000 a month for such a deduction.

The draft code proposes to do away with the exemption on house rent allowance (HRA) for salaried taxpayers. This is a big blow, especially for those who live in metros and large cities, where rents have shot up in the past few years. But the removal of HRA exemption will also do away with malpractices. “Submitting fake rent receipts is common among salaried taxpayers. With the removal of HRA exemption, they will not have to bother about generating rent receipts,” says Kaushik.

However, honest taxpayers living in rented accommodation in metros and large cities and paying almost 20-25% of their income as rent may find the going tough. “The withdrawal of HRA exemption will cause considerable disappointment among salaried taxpayers,” admits Ahuja. Therefore, some form of tax deduction for the rent paid by salaried persons seems like a fair demand.