News
Magazine
Technology
All in the game

All in the game

Ever since playing acquired the e-dimension, gaming has become a serious business. The fun remains intact, but the figures have bloated: the console gaming development market is expected to be worth Rs 260 crore by 2009.

Ever since playing acquired the e-dimension, gaming has become a serious business. The fun remains intact, but the figures have bloated: the console gaming development market is expected to be worth Rs 260 crore by 2009 (off-shore and domestic). Little wonder then that a growing population, both kids and adults, is increasingly becoming addicted to PlayStations, Wiis and Xboxes. While gaming hardware, software and accessories are easily available, you can also use the Internet as your electronics mall. Here are some gadgets that are bound to enhance your fun quotient. 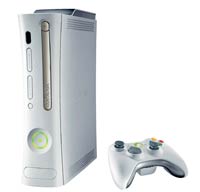 Xbox 360
Recommended for those addicted to online gaming (though it costs extra) and hardcore shooters. Microsoft got into this early and so has tied up with an enviable list of game publishers. Gaming aficionados will tell you about the red ring of death (three flashing red lights on the console, indicating general hardware failure) that the Xbox 360 seemed prone to, but Microsoft says it has rectified the problem now.
Price: Rs 27,750 (Pro version) PlayStation 3
Experts call the PS3 the most futureproof console available today. It’s not just an advanced gaming console, but also works as a Blu-Ray player. And it offers great graphics, exclusive titles and, so far, no reports of any hardware failure.
Price: Rs 25,000

Nintendo Wii
Nintendo’s smallest home console, the Wii is the official successor to the GameCube. It’s also possibly the most popular console, especially among ‘non-serious’ gamers. Both kids and adults love the wireless, motion-sensitive controller, which allows them to swing it like a racquet or even like boxing gloves. Buy extra controllers and watch even your most dignified friends go wild.
Price: Rs 20,000

Nokia N-Gage N81 8 GB
This is the modern version of the N-gage QD, featuring Quad GSM support. With an 8 GB memory on board, you’ve got more than enough space to store games. A 2.4-inch screen and sharp graphics keep most gamers happy. Plus, there’s a 2 MP camera, Bluetooth, GPRS, 3G, Wi-Fi and a whole lot of other phone features if you want to make calls between games.
Price: Rs 14,400 Spice X1
A phone made specifically for gamers, it comes with a detachable gaming keypad, 23 MB onboard memory and a 2 GB card expansion slot. Add a 2.4-inch display, a 2 MP camera, Bluetooth, WAP and GPRS, and you have a pretty good gaming device—and a phone as well.
Price: Rs 9,000 Gamers’ accessories
Here’s how to make gaming a lot more fun. Get yourself a gaming mouse, remote game controllers, a fancy keyboard, great speakers, call in your friends and have a blast. If you’re a casual gamer, all you need is a decent graphics card and sufficient RAM. Advanced gamers will want more. Microsoft’s Sidewinder range has a mouse and keyboard that might convert even the most rabid anti-MS gamer. The Sidewinder X5 mouse’s nine-button format has gamers drooling, while the X6 keyboard with its controllable backlight, 90 programmable options and macro key is fast acquiring a fan club.
Price: Microsoft Sidewinder X5 mouse: Rs 3,000. Logitech G9 gaming mouse: Rs 5,000. Microsoft Sidewinder X6 keyboard: Rs 5,500
Published on: Dec 25, 2008, 10:54 AM IST
Posted by: AtMigration, Dec 25, 2008, 10:54 AM IST