The M8 design has been further improvised with a slightly larger body and display. 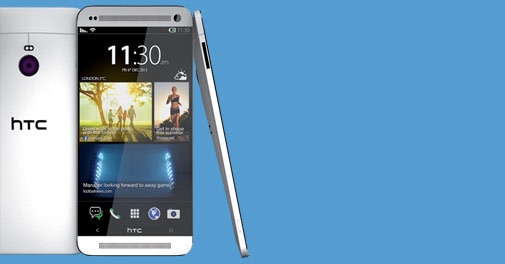 HTC's flagship smarpthone for 2013, HTC One, was a great device but was outshined by the Samsung Galaxy S4. While both the companies have introduced their flagship smartphone in the market, will things change for the HTC One M8?

Belonging to the HTC One series, the M8 is a refined smartphone over its predecessor. Continuing with the metal construction, the M8 design has been further improvised with a slightly larger body and display. It boasts of a five-inch full HD Corning Gorilla Glass 3 display that offers vivid colours and great viewing angles.

The set of essential keys - home, back and multitasking are a part of the display, which hide when not needed, for instance, while playing games. The power key is on the edge, Infrared blaster on the top with a microUSB port and a 3.5 mm jack at the bottom edge. Running on Android KitKat, the M8 has got the latest version of the Sense user interface onboard. The user interface is quite similar to the earlier Sense UI.

The UltraPixel Duo camera was one of the most talked about feature where the primary camera is a 4MP lens while the secondary camera on the back helps in capturing more depth and information to the images. The images captured using daytime were impressive.

The camera was good when used at night without flash. This is one of the fasted phones in the market. It runs on 2.5GHz quad core processor and is paired with 2GB of RAM.

Bag it or junk it: A great device but not a compelling upgrade if you own the HTC One.

HP Pavillion 11x360 is a machine for beginners

Moto E is a middling performer