Topping the smart appearance is the customised user interface with the BlinkFeed that refreshes content on the homescreen. 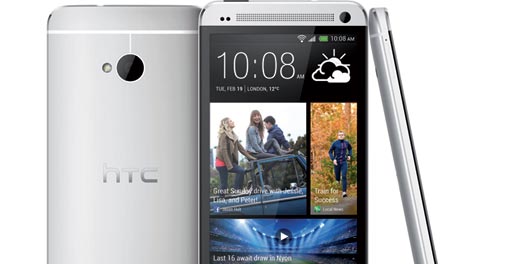 The HTC One was a beautiful device backed by an amazing 4.7 inch display, but it wasn't really comfortable to hold or slide into the pocket. Maybe that's why HTC has added a younger sibling to the One, the One Mini. It is the same as the HTC One with slightly smaller dimensions.

The display size has been reduced to 4.3 inch from the 4.7, which makes it convenient to type on and grip using a single hand. It has a neat uni-body design. Topping the smart appearance is the customised user interface with the BlinkFeed that refreshes content on the homescreen. While we loved the BlinkFeed when we first used the HTC One, we installed a third-party launcher on the Mini, which made the device even faster.

Like its larger sibling, the Mini has a 4MP Ultra-Pixel camera. This means that though the megapixel count is on the low side, the sensor is big enabling the camera to capture more light. But it lacks optical image stabilisation. Overall, the images captured were crisp and had natural colours.

The low light images were good. The HTC One Mini is perfect for Delhi winters as it heats up within 10 minutes of use- be it for playing games, watching video or calling. Battery backup is just about average.

Bag it or junk it:
A good smartphone but it heats and is overpriced.
-Compact Size makes it comfortable to hold
-The 4mp ultrapixe camera is as good
-Heats up within 10 minutes of gaming

Plantronics ML2 is the best headset at Rs 1,199