Mi4 isn't the best phone at this price. 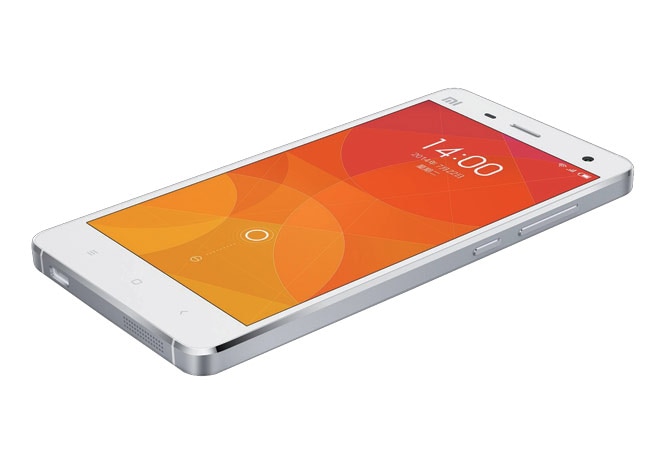 DESIGN AND BUILT QUALITY: I had been waiting for this smartphone for a very long time. And watching the video of how the Mi4 was crafted (at the launch), I was superexcited. But I was disappointed after holding the Mi4 in my hand.

The stainless steel rim running around the sides seems to be inspired by the iPhone 5S and does look good. But the white glossy plastic rear spoils the show and makes it slippery. It feels sturdy yet is heavy to hold at 149 grams.

It packs in a 5-inch display with 1080x1920 pixel resolution and has been designed in such a way the phone doesn't feel too broad to hold. There is a SIM card slot on the left panel, volume control and power key on the right and charging jack at the bottom. The back is non-removable, which means it doesn't support an expandable memory card slot.

USER INTERFACE AND OPERATING SYSTEM: Running on Android 4.4.4, the Mi 4 comes installed with MIUI6. This is a custom user interface designed by Xiaomi that offers a great level of customizations. Swiping up unlocks the phone. All the apps are scattered on the homescreens, just like iOS, and there isn't any app tray. There is a notification bar at the top that gives a quick access to notifications and shortcuts such as mobile data, Wi-Fi, Bluetooth, torch, etc. along with the music player controls. The icons look neat and colourful. All the Google apps were clubbed together and added to a folder. Flipkart, WPS Office, Mi Remote are a few apps pre-installed on the phone. While setting up the smartphone, one can choose the default keyboard out of the five options available -Swiftkey, Google keyboard, Google Pinyin Input, Flexsy and Google Hindi Input.

HARDWARE AND PERFORMANCE: The performance of the Mi4 is impressive. Browsing on the Chrome browser was smooth and there wasn't any lag in multi-tab browsing either. Switching between multiple apps running in the background was smooth. It handled YouTube videos and gaming with ease. It packs in a 2.5Ghz quad-core processor on Qualcomm Snapdragon 801 chipset and has 3GB of RAM, the same as on the OnePlus One. However, the phone comes with 16GB of internal storage, of which, only 12.27GB is user accessible. Also, it doesn't support a memory card slot. Also, the one launched in India supports 3G and not LTE.

CAMERA: It has a 13MP rear camera and an 8MP front-facing one. The camera interface is slightly different and you will take some time to master it. The camera software supports face recognition and even shows the gender and age. There is a panorama mode, HDR, Refocus, filters and burst shoot settings too. The images captured using this phone came out clear, sharp and rich in colours. However, the edges were not that sharp. The night shots too looked good. Overall, I was impressed with the camera quality.

BATTERY: The 3,080mAh battery on the Mi4 was good enough to last me a day on a single charge. If used wisely, it can stretch up to a day and a half.