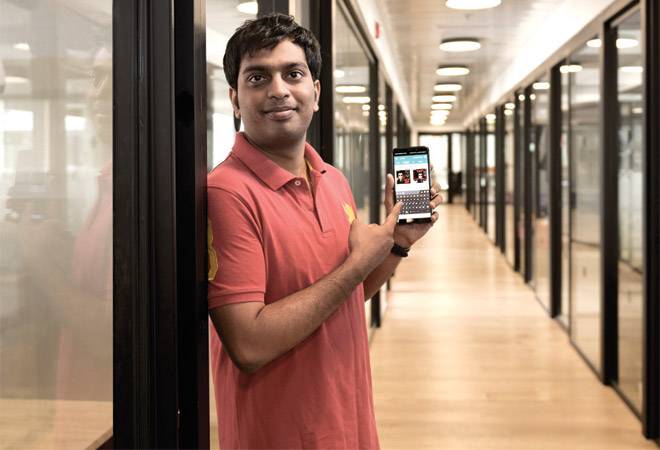 Ankit Prasad and Mohd Wassem came together in 2012 to set up a social media platform for artists in India. It had initially gained traction, but later on, the business stagnated due to a small market. The duo then pivoted to launch a personalised content app. Some tweaks later, their Gurgaon-based company, Talent Unlimited Online Services, came out with a feature-rich Indic keyboard app that helps users create content and share the same on social media and messaging platforms.

According to start-up analytics firm Tracxn, Bobble Keyboard has raised around $3.7 million so far from SAIF Partners, Sachin Bansal, Dr Rakshita Shharma and others. The last round came from SAIF Partners in 2015 as the start-up raised $3 million in Series A.

Bobble Keyboard works like any other smartphone keyboard. When a user downloads it, he/she can glide-type or voice-type messages and e-mails in 22 Indian languages. Better still, users can create comic stickers and GIFs from their selfies and also create custom emoticons. It also offers dynamic GIFs and stickers, which means the app displays relevant icons on the screen when one is typing.

Bobble's focus on regional and customised content has made it popular among young Indians. It claims to have 5 per cent market share in the Indic keyboard segment and three times more engagement than other third-party keyboards globally. While the app is free for users, it features clickable advertisements and relevant native content to generate revenue. The company has also partnered with several production houses to create GIFs and stickers of movies such as Padmavat, Padman and 102 Not Out. Additionally, Bobble has tied up with BookMyShow and Paytm to feature their campaigns on its platform.

Its key competitor is Google Indic Keyboard whose market share in the segment is around 95 per cent. As smartphones come with pre-installed keyboards, gaining traction remains a challenge for all independent keyboard apps.