The government's fiscal math is off-track. It will have to do some accounting jugglery to stick to the fiscal deficit target.

In early July Piyush Goyal, then in charge of the finance ministry, exuded confidence that Goods and Services Tax, or GST, collections for the year would cross Rs 13 lakh crore, giving the government scope to rationalise tax rates. His hope is turning out to be as far from reality as it could be.

Monthly GST collections have to be nearly Rs 1,08,000 crore for Goyal's goal to be met. They have been less than Rs 1,00,000 crore for all months this year, except September, when they were Rs 1,00,710 crore. Even the government's Budget targets require average monthly collections to top Rs 1 lakh crore. With just a few months to go for the financial year to end, the government is, in all likelihood, looking at a big hole in its finances.

This begs a question - was this fear over revenues shortfall also the trigger for its alleged demand for transfer of Rs 3.6 lakh crore from the Reserve Bank of India's, or RBI's, reserves? Though the government put up a brave face and Secretary, Department of Economic Affairs, tweeted that the "government's fiscal math is completely on track and there is no proposal to ask the RBI to transfer (Rs ) 3.6 or Rs 1 lakh crore, as speculated," numbers available till the end of November tell a different story. Experts also ask that if everything is hunky dory with government finances, why is the secretary talking about fixing an "appropriate economic capital framework of RBI"? This refers to a process to set up a panel that will decide how much reserves the RBI will get to keep.

BT asked the Principal Economic Advisor to the government, Sanjeev Sanyal, for his views on the fiscal situation, but he declined comment saying he did not have the details offhand. Hasmukh Adhia, who was about to retire as revenue secretary in a day or two, refused to comment.

Revenue gap: Too big to miss

However, with second quarter GDP growth slowing to 7.1 per cent, lower than analysts' expectations of 7.4 per cent and far less than the 8.2 per cent rise in the first quarter, there is little hope for substantially higher revenue collections than the trend. The government could achieve only 46 per cent of the targeted revenue collections till October even as expenditure touched 60 per cent of the Budget estimate.

The government, it seems, was way too optimistic in tax collection estimates. "Gross tax revenues rose 8.6 per cent in the first half to Rs 9.1 lakh crore, lower than the 18.3 per cent growth expected in the Budget. Direct tax collections rose 16.9 per cent in the first half, nearly in line with the budgeted growth of 17.4 per cent, whereas indirect tax collections recorded a contraction of 2.8 per cent, in sharp contrast to the 21.3 per cent expansion in the Budget estimate," ratings agency ICRA's half-yearly report on government finances says.

One reason indirect tax collections are less than the target is GST trends. As against a target of Rs 6.54 lakh crore (excluding compensation cess, which goes to states), the government has been able to collect only 42 per cent, or Rs 2.76 lakh crore, from GST so far. The average monthly GST collections this year have been around Rs 96,000 crore as against the required Rs 1.04 lakh crore - that's a deficit of almost Rs 50,000-55,000 crore in the first seven months of the year. 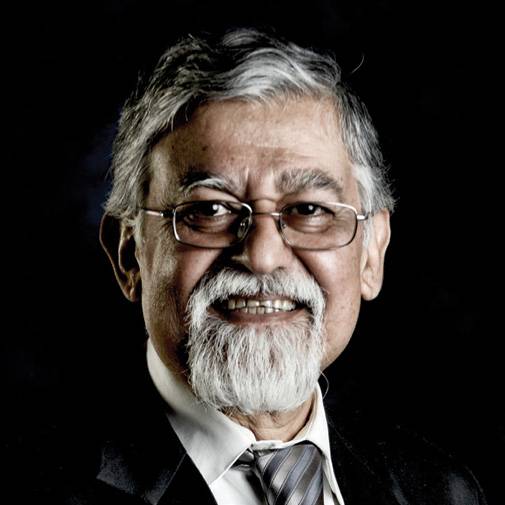 Though September GST collections crossed Rs 1 lakh crore, only the second time in the last 15 months, some tax experts are not convinced and attribute this to half-yearly closing adjustments and pick-up in festival season sales. Any hope that this performance would be repeated got dashed as October collections again fell below Rs 1,00,000 crore. "The lower than expected GST collections provide little elbow room for further rate reduction in the current fiscal considering the need to stick to the fiscal deficit targets," says M.S. Mani, Partner, Deloitte India

Surabhi Ahluwalia, official spokesperson of the Central Board of Direct Taxes, says direct tax collections have been in line with expectations and there are no reasons to believe the government will not be able to meet the targets.

Other income such as dividend/profit from PSUs, CPSEs and RBI as well as disinvestment proceeds account for almost 20 per cent government earnings in this year's Budget. Can the government earn more under these heads? A look at government accounts suggests it is already milking these cash cows more than in the previous year.

Out of the Budget estimate of Rs 1.07 lakh crore from dividends and profits, the government had already received Rs 49,368 crore, or 46 per cent, till September. In the corresponding period last year, it had received only 30 per cent of the targeted amount by October.

The scope for getting more from these sources is limited. Aditi Nayar, Principal Economist, ICRA, explains why. "In August 2018, the RBI's Central Board approved the transfer of surplus of Rs 50,000 crore to the government for year ended June 30, 2018. However, the RBI's Annual Report indicated the government would receive Rs 40,000 crore surplus from the RBI as it had transferred Rs 10,000 crore as interim dividend in March 2018, which was included in the provisional data for 2017/18," says Nayar. This means dividend from nationalised banks and financial institutions and non-financial PSUs will have to rise considerably to Rs 67,310 crore in 2018/19 from an estimated Rs 50,710 crore in the previous year, which may be a challenging task, she adds.

The government is also far from achieving the disinvestment target of Rs 80,000 crore. It has so far raised only Rs 10,101 cocre, though it recently sold its stake in REC to PFC from which it expects to raise Rs 11,000 crore. It is now looking at avenues such as buyback of PSU shares and share sale in some more PSUs. Recently, it sold a 3 per cent stake in Coal India Ltd. through an offer for sale. 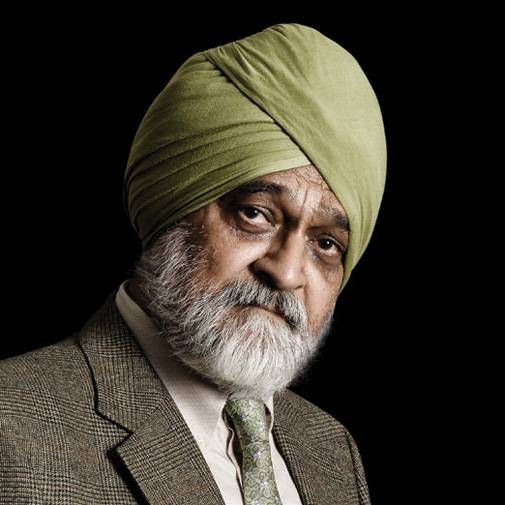 It is likely to garner Rs 5,000 crore through this. It expects to fetch an additional Rs 10,000-12,000 crore through share buyback by oil PSUs. It has also announced sale of its 100 per cent stake in Dredging Corporation of India Ltd. for a likely sum of Rs 700 crore. It may also go ahead with sale of 'enemy shares' which are lying with the Custodian of Enemy Property of India under the Ministry of Home Affairs. It hopes to get around Rs 3,000 crore through this. But these last-ditch efforts would garner only Rs 20,000-25,000 crore, way behind the Rs 70,000 crore needed to meet the targets.

However, Anis Chakravarty, Lead Economist and Partner, Deloitte India, says the government may manage to get some deals through in the last quarter to improve disinvestment collections. "If you look at the past couple of years, a bulk of asset sales take place in February. In that sense, we can say there's still some time," he says.

Expenditure cut the only option?

While revenue targets are looking far from achievable, the expenditure will most likely overshoot the Budget target. The rise in crude oil prices and depreciation of the rupee have not helped the government's cause. The reason is simple. The budgetary allocation for petroleum subsidies is Rs 24,900 crore. Crude oil prices rose from $65 a barrel (Indian Basket) in February 2018 to a peak of $85 in October and are now close to $60. The government had assumed $57.50 a barrel as the average price for Budget calculations. The rise in crude oil prices will not only increase petroleum subsidy but also fertilizer subsidy.

Add to this the additional cost of higher minimum support prices for various crops and the government's ambitious health insurance scheme and it becomes clear that government spending will not stay within the budgeted limit unless the government decides to go for expenditure cuts. D.K. Joshi of Crisil says in a situation like this, the axe falls first on capital expenditure. Capital expenditure is targeted to rise 16 per cent over last year's revised estimates.

Or, the government could carry forward some of the expenses next year to stick to the fiscal deficit target of 3.3 per cent. "Formal deficit targets are likely to be met. There may be an increase in carryover of unpaid bills for the new health insurance scheme, Ayushman Bharat," says Arvind Virmani, former Chief Economic Advisor, Government of India and former Executive Director, IMF. The government has already kept lot of expenses off the balance sheet by financing some of the expenses through what is called as extra budgetary allocations. It has accounted for spendings of Rs 4.78 lakh crore through such means. The government raises these resources by asking CPSEs to issue it fully-serviced bonds. These bonds would, however, be exclusively used by the ministry concerned on infrastructure projects or other government schemes. For example, in August, the cabinet gave nod for raising Rs 15,000 crore through NABARD for the Swachh Bharat Mission (Rural) and gram panchayats for Solid and Liquid Waste Management.

Sudipto Mundle, Emeritus Professor and Member of the Board of Governors of National Institute of Public Finance and Policy, says there are many things the government can do to make it appear that it has met the target even if it has not. "Whether they slip or meet the target is to me not analytically very significant. We won't know till the last minute and all these adjustments will be done. It is the optics that matter. They are bound to try to do that."

But will that mean delaying the inevitable - a bloated fiscal deficit - to next year? "Meeting a fiscal deficit target today isn't great if you have made commitments that will knock the target into cocked hat in the next two or three years. So, if you have announced two or three programmes that need a huge amount of money that is not provided for (now), in the next couple of years, the fiscal deficit will shoot up to hell or you will raise money through additional taxation or you will cut some programmes," says Montek Singh Ahluwalia. In an election year, a spending cut may not be the right prescription for the government.

This brings us to the question if the government was correct in demanding Rs 3.6 lakh crore from RBI's reserves. Arvind Subramaniam, the former Chief Economic Advisor to the government who had floated this idea in last year's Economic Survey, says excess capital can be used in several good ways - for recapitalising banks and extinguishing debt to demonstrate the government is serious about a strong public sector fiscal position. Virmani says any "intention to convert legacy accumulated reserves into dividends for use for current expenditures will be gross fiscal irresponsibility". However, he believes that the use of excess reserves to write off past loans from the RBI to the government will clean up the balance sheets of the RBI and the government.

The government clearly has limited ways to boost revenue, leaving it with only the option either of accounting jugglery to meet the 3.3 per cent fiscal deficit target or biting the bullet and letting the fiscal deficit slip by 10-20 basis points.