Delivering Economic Growth: One bite at a time 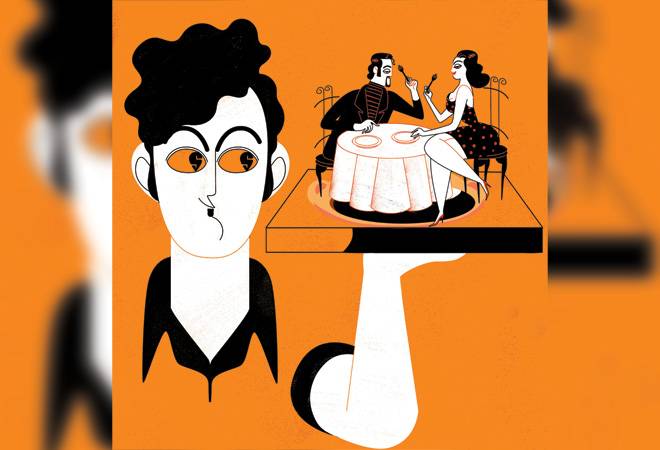 Over the past four years, the food and restaurant landscape has evolved fast and the disruption, which many of us have witnessed and participated in, happened due to a reason. With increased Internet penetration, higher disposable incomes and rising consumer awareness, we are turning to technology to manage some of our most basic needs, including food. Consequently, food delivery aggregation has emerged as a new category, driven by the need for a convenient and reliable experience. After all, consumers want their food to be delivered as soon as possible, at any time of the day and anywhere they wish, at the touch of a button. So, Swiggy has invested in overhauling the supply chain, generating more food options, taking end-to-end control of the entire food delivery process and most importantly, used technology as a lever to revolutionise the culinary habits of all Indians, one meal at a time.

The Window of Opportunity

Less than a decade ago, the way the nation consumed food was completely different. Back then, the market was highly segmented and 'ordering in' was not yet a part of our culinary vocabulary. Eating out was predominantly occasion-driven while ordering food was limited to dialling a few restaurants who offered home delivery or calling a trusty pizza chain. There was a window of opportunity, giving birth to marketplaces and aggregators who listed down restaurants across city areas, giving customers some measure of convenience. However, in retrospect, that marketplace model was plagued with an array of issues. The problem of inconsistent delivery was rampant, which when combined with the long waiting period and exorbitant minimum order conditions, failed to address the customer gap and consequently limited adoption among consumers. Restaurants hadn't adapted to the digital age and were struggling to scale their operations while increasing margins. Simply put, there was a dire need to build a scalable and sustainable platform, with a personalised user interface and a robust logistics back end, which would benefit everybody in the ecosystem.

In 2014, Swiggy pioneered a business model by investing in two things - logistics via a dedicated delivery fleet and technology to stay seamlessly connected with everyone. It gave rise to a new triad involving customers, restaurants and delivery partners. For the first time in India, there was a single entity taking end-to-end control of food ordering and delivery.

So, how was it done? We built a massive marketplace where consumers could search for/discover restaurants, scan menus, complete orders and get their food delivered at the earliest. Aided by machine learning (based on people's past orders, searches and interactions), our app matches diners with restaurants, helping them choose their favourite food in a jiffy. A faster discovery of restaurants is powered by algorithms, which make thousands of calculations and take into account crucial data such as food preference, cuisines, locality and price points. After an order is placed and confirmed by the restaurant, the assignment algorithm factors in several parameters such as restaurant efficiency and traffic conditions before assigning a delivery partner and indicating the best route for him to follow. The solution lies in the granular understanding of Indian food preferences, customers, restaurants and logistics, and marrying these with superior technology and consumer experience.

Slowly, not just us but also the restaurants realised that the much-neglected delivery segment is contributing to their top and bottom lines alike. It has changed the way they look at business operations and the wheels are finally set in motion. In fact, our early differentiators in terms of end-to-end logistics and technology, were slowly being acknowledged as the way forward, and with those in place, the Indian food delivery sector reached its first milestone of one million orders a month in March 2015.

Over the past three years, traditional delivery players like QSRs have seen a twofold growth in the number of orders while the pure-play food delivery segment has witnessed a 900 times rise. The numbers are quite telling and paint a picture of the bullish growth in the segment. A few months ago, when Swiggy surpassed a million orders on a single day, it was clear that the next phase of food delivery had arrived.

The growth story is likely to continue. According to a report by consultancy firm Redseer, foodtech is among the fastest growing Internet industries in India. It has seen an overall GMV growth of around 140 per cent in 2017, with the number of orders increasing at a staggering 176 per cent. This corroborates a CLSA report that pegs the Indian food delivery market at $6 billion, which could reach $30 billion by 2022. While metros are predominantly driving this growth, Tier-II and Tier-III cities have also warmed up to the utility and convenience of ordering online and getting home delivery. For instance, Swiggy operates in 50-plus cities across the country, but millions from 100 cities have already downloaded the app and are hoping to savour our services soon.

Incidentally, a needle-mover to take food delivery to the next 40 million will be affordability. As food ordering becomes mainstream, consumers are looking for economically sustainable solutions. Consequently, we have launched Swiggy SUPER, a subscription programme that does away with delivery fees, and Swiggy POP, the curated and single-serve meals, which are reasonably priced.

Tectonic Shift on the Cards

As consumption patterns are changing globally, a curious trend has emerged. By 2015, restaurant sales surpassed grocery sales in the US. In developed markets, this shift happened over two decades as restaurant supply and dining-out were quite common there. Therefore, the transition to food delivery aggregators is hardly surprising. In India, despite the rapid mushrooming of new restaurants, dining-out never really took off due to a three-pronged supply deficit, namely, availability, affordability and culinary choice. But with the emergence of credible food aggregators, there has been a major shift within a very short span.

Currently, of the 90 meals consumed every month, 10-15 are eaten outside and 50-60 per cent of these are delivered. Looking at the current growth and consumer behaviour, we expect that in the next 10-15 years, 40-50 meals a month will be eaten outside and 75-80 per cent of them will be delivered to homes and offices. Accordingly, restaurants are scaling down investments towards dine-in and scaling up on kitchen spaces and dedicated sections for food delivery aggregators.

Finally, with changing customer dynamics, burgeoning salaries and rise of the urban population, there is a latent demand for convenience. Now that food delivery aggregators have cemented this type of consumer experience through mass adoption, the same level of benefits will be expected across all areas of hyperlocal delivery. And those who own the consumers' mindshare will take the lead in driving the new convenience economy.

The writer is CEO, Swiggy