The corporate tax rate cut may have enthused a large section of India Inc, but there are still many companies that do not intend to accept the largesse 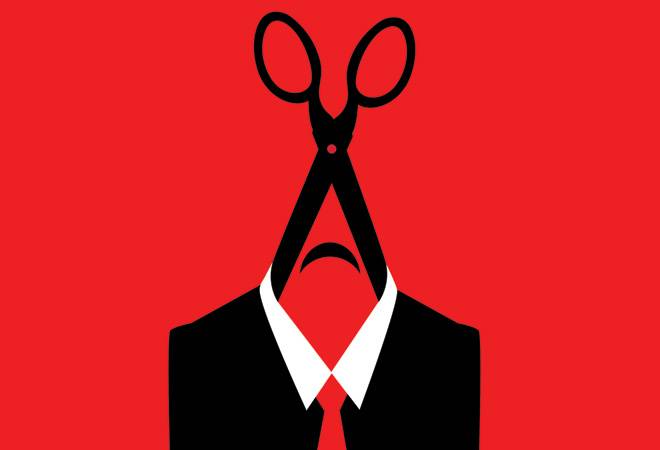 The corporate tax rate cut announced by Finance Minister Nirmala Sitharaman in September is not turning out to be the silver bullet the government thought it was. The decision, under which the government offered companies a tax rate of 22 per cent if they did not avail of incentives or exemptions, has been unable to enthuse many big names of India Inc. "At present, for Infosys standalone, the India effective tax rate is less than 25 per cent. We are close to 23-24 per cent. So, I think at the moment, we are staying in the current regime. We will start evaluating as we look ahead through the next few years, but for now, we're continuing with the existing tax holiday regime," Salil Parekh, Chief Executive Officer and Managing Director, said in an analyst call after the company's second quarter results. Infosys is not alone. For many, the move to cut the basic corporate tax rate from 30 per cent to 22 per cent (after adding surcharge and cess, the new effective tax rate is 25.17 per cent as against 35 per cent earlier) will not make any difference as their present effective tax rate is lower than the new rate. And some of these companies are the who's who of India Inc. For example, Reliance Industries (RIL), the country's most valuable company, may not immediately avail of the new rate. In the second quarter, on a standalone basis, RIL's effective tax rate was 20.8 per cent compared to 25.4 per cent in the previous quarter. In year ended March 2019, it was 26 per cent, and that too when we include its deferred tax liabilities. On current tax basis, it was just below 20 per cent.

There are others, too. Tata Motors paid an effective rate of 15.77 per cent in the previous financial year, while Mahindra & Mahindra paid 24.77 per cent, Adani Enterprise 22.66 per cent and HCL Technologies 19.32 per cent. Even Tata Consultancy Services (TCS), the country's second-largest company with a market cap of over Rs 7 lakh crore, paid 26 per cent. In the second quarter, it was around 23.5 per cent.

The companies can shift to the new rate whenever they want, but once they do so, they cannot go back to the old system. The government also did away with minimum alternate tax (MAT) for companies that do not avail of exemptions and incentives and reduced the MAT rate from 18.5 per cent to 15 per cent. It also reduced the basic tax rate for domestic companies incorporated on or after October 1 which make fresh investments in manufacturing to 15 per cent.

While most welcomed this as a big reform, the government spoiled the mood by putting several conditions. Apart from an end to exemptions, the companies opting for the new tax rate will not be eligible for setting off their brought forward losses on account of accelerated depreciation. They also cannot use MAT credits accumulated over the years.

The transition, say experts, could take place over a few years. A Crisil survey of 850 large (by revenue) companies found that one-third - from capex-heavy sectors such as power and oil & gas - wanted to continue with the older regime. Manish Gupta, Senior Director, Crisil, says for companies which avail of a lot of exemptions and deductions, the effective rates are less than the new rate of 25.17 per cent. This, he says, will make them wait and watch. Unavailability of MAT credits and carry forward of losses are also dampeners.

So, how many companies will not make the switch? Budget data on revenue forgone due to tax exemptions and incentives to companies show that close to five lakh companies (out of 8.5 lakh), accounting for 31 per cent of the total tax paid to the government, paid less than 25 per cent in 2017/18. Many show net losses but still pay MAT. There are as many as 1.45 lakh companies which pay 25 per cent or more. They accounted for 69 per cent of the tax collected in 2017/18. The overall effective tax rate was 29.5 per cent with average of 27.83 per cent for the manufacturing sector and 30.55 per cent for the non-manufacturing sector.

Though companies that are not going to avail of the new rates immediately are from all the sectors, a big chunk are from manufacturing. "In the manufacturing sector, companies which are primarily into production of industrial goods and consumer durables, etc, which get a lot of tax incentives, are the ones which will wait before shifting to the new tax rates," says Sudhir Kapadia, National Tax Head, EY. He says export-oriented companies in SEZs are also likely to be paying less than 25.17 per cent tax and will weigh all options before taking a call.

The Crisil report, which predicted that 2/3rd of the (850) companies it surveyed would avail of the new rates immediately, also says that "a majority of them from sectors such as auto, chemicals, textiles, gems & jewellery and retail are likely to shift immediately".

On service sector firms, Kapadia says, "The effective rates for most services firms, apart from the export-oriented ones in SEZs such as software companies, would be higher than 25.17 per cent because generally the entire services sector now avails of very few specific (tax) benefits and, therefore, it makes sense for them to immediately switch to the new rates."

A look at the effective tax rate for Nifty 50 companies shows that service sector companies like financial services players paid an effective tax rate of 30 per cent or more in 2018/19. Zee Entertainment Enterprises (the only service sector company in Nifty 50 other than banks and software companies) paid an effective rate of 36 per cent in 2018/19. Most large software companies are around the mid-20 per cent figure. Kapadia of EY says the reason is legacy SEZ benefits. Companies in SEZs get a tax benefit for 15 years.

The government expects to forgo around Rs 1.09 lakh crore (excluding net MAT collections) due to tax exemptions and incentives to corporates in 2018/19. The Budget 2019 listed 28 such exemptions, of which two - deduction of export profits of units in SEZs and accelerated depreciation - account for Rs 92,000 crore or 85 per cent of the Rs 1.40 lakh crore total exemptions given to companies. "The two large items will continue in 2019/20. With continuation of the exemptions, the effective tax rates (for many companies) will be lower than the announced 25.17 per cent," says a Kotak Economic Research report. These exemptions are mostly available to manufacturing and export-oriented companies. Shifting to the new system will make them ineligible for these exemptions. However, most of these exemptions have a sunset clause. For example, deduction of SEZ export profits is allowed for 15 years - 100 per cent deduction in the first five years, 50 per cent in the next five years and an amount not exceeding 50 per cent export profit for the next five years. Only when a company has used up these benefits will it look to shift. For example, a company can establish a new unit in an SEZ by March 31, 2020, and benefit from the deduction for the next 15 years.

Many companies having both SEZ and non-SEZ units are considering restructuring their business by moving non SEZ units into a separate company. There are no provisions which restrict such restructuring. However, Krishan Malhotra, Partner at Dhruva Advisors LLP, points out that companies considering such restructuring will need to be mindful of General Anti Avoidance Rules (GAAR), which may be invoked by the tax authorities. Non-availability of MAT credits and carry forward of losses are also holding back companies from taking the plunge.

The government, on its part, has advised the companies that since there is no deadline for the shift, a domestic company having MAT credits and carried forward losses on account of additional depreciation may exercise the option after utilising MAT credits and setting off its accumulated losses.

MAT is applicable on companies which show losses or zero profits as per the income tax laws but profits as per the Companies Act. These companies are liable to pay tax on profit calculated as per the Companies Act and pay a MAT of 18.5 per cent (effective rate 21.55 per cent after factoring in cess and surcharge). The new MAT rate is 15 per cent (effective rate 17.47 per cent). MAT credit is the difference between the tax the company pays under MAT and regular tax. It is allowed to be carried forward for 15 financial years. Unabsorbed MAT credit can be accumulated for 15 years. According to Union Budget 2019, companies availed of MAT credits worth Rs 15,300 crore in 2017/18.

"The companies which have been paying MAT can avail of MAT credit for the next 15 years against future profit. They will wait for the credit to get exhausted before opting for the new rates," says Nand Kishore, Partner, DSK Legal.

In the end, companies have to weigh all the options, make future profit projections and then take a decision. "You have to project profits and see if you can avail of MAT credits and additional depreciation. For that you need to know what your profits are likely to be, which in today's volatile environment is not easy. That is why many companies may wait for some more time before taking a call," says Sudhir Kapadia of EY.