Tony Wheeler on his nomadic existence, special places he has visited

Tony Wheeler, co-founder of Loney Planet, talks about his nomadic existence, special places he has visited, and shares a bucket list of destinations.

Tony Wheeler at Nyiragongo volcano
Bucket lists are part wish list and part inspiration and I've been lucky enough to have put some big ticks beside some of the best travel dreams on offer that make my heart beat a little faster and make the world a better place. Like Antarctica, which sounds like it should be a classic once-in-a-lifetime experience, but in fact it's amazing how many people want to go back for a second look. Queen Mary 2
I for one did the standard Antarctic experience on my first go, a boat from Ushaia at the southern end of Argentina down to the Antarctic Peninsula. But that was not enough and I went back a second time to look at South Georgia.

Any good bucket list needs an iconic road trip and one of my favourites has been a drive across the USA from coast to coast, or sea to shining sea as the song goes. I did it not once but twice, west to east and then east to west, touched on 24 states (exactly half of the 'lower 48') and made the trip in a classic old 1959 Cadillac. Sweet dreams are made of such things. Bridge near the Everest Base
As a keen scuba diver there were inevitably some great dives on my list, but a week spent on a live aboard dive boat at the Truk (or Chuk) Lagoon in the Pacific, tops the lot. A series of American air raids sent a huge fleet of Japanese ships to the bottom of the lagoon during WWII and there's one word and only one way to describe the wreck diving: otherworldly.

I'm an enthusiastic walker as well and although I've done great long walks in Africa, Europe and Australia, the Himalayas is still my walking favourite and the trek to the Everest base camp remains one of the best walks I've ever made. Great scenery, tough enough to test you, the feeling that you're walking with history and, most important, wonderful people to see you through. African gorillas in Rwanda
A wildlife experience? African gorillas have to top my list. It's not just their awesome presence, it's the way they ignore you that I love best! Rwanda and Uganda are prime gorilla watching countries, but I've been lucky enough to see them in a couple of more unusual locations such as the Central African Republic and Congo.

That's five of my bucket list contenders which I've already ticked off, but what about the ones still waiting to be experienced? Well every good list needs a great railway journey and for some reason I've never done the greatest of the lot, the Trans-Siberian Express. So the Big Red Train Ride right across Russia is sitting high on my to-do travel list; it's just a matter of it all coming together at the right time. 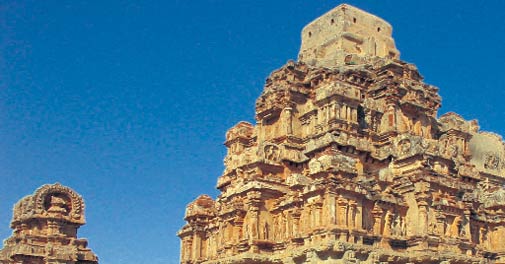 Historical monuments at Hampi
Also, while I'm not a cruise ship enthusiast I did cross the Atlantic on the Queen Mary 2 this year, but that's a 'crossing' not a 'cruise' as the ocean liner aficionados will tell you. The ship trip which is still on my list, however, is the Aranui, a cargo-passenger ship which makes regular two week circuits from Tahiti out to some of the more exotic islands of French Polynesia.

There are lots more walks still on my list, starting with the famous pilgrim trail across France and Spain, the Route of St James or Camino Santiago which concludes in the Spanish town of Santiago de Compostela.

Finally two Indian experiences feature on that 'still to be done' list. One of them involves me swinging my leg across an Enfield India motorcycle and travelling somewhere interesting across its vast terrain. Also, over the years I've been to plenty of 'lost cities,' Bagan in Myanmar, Angkor Wat in Cambodia, Great Zimbabwe in Zimbabwe, Machu Picchu in Peru, Persepolis in Iran, but one famous Indian ancient city has evaded me. So there it is, number 10 on my bucket list: Hampi in India.