Events and places to visit

Time can do more than just mature your whisky; it can even make you rich. 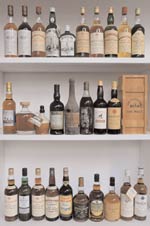 Whisky Drowns Gold
Time can do more than just mature your whisky; it can even make you rich.

Investment Grade Scotch (IGS) is proving to be the one investment with the highest ever returns, outperforming even stocks and gold. According to the latest figures released by Whisky Highland, experts in whisky valuation, IGS, as an investment, continues to outperform alternative commodities. Data collected over four years from 2008 to 2011, shows that an investment in the top ten performing whiskies brought in earnings of more than 400 per cent, while an investment in the top 100 would have resulted in a 245 per cent rise in value. Compare this to gold, which rose by 'just' 146 per cent over the same period, or diamonds which trailed far behind at a mere 10 per cent.

Whisky Highland was launched in 2010, to keep a finger on the pulse of whisky evaluation for collectors and investors around the world. That makes it the world's first and only online single malt Scotch whisky valuation library. Keeping track of every bottle auctioned over the past three years, this website caters to the growing demand of whisky enthusiasts from around the world. You could say cheers to that. The Cherry Thing, Neneh Cherry
Aptly named as a result of a collaboration between singer Neneh Cherry and The Thing, this album reinvents originals by The Stooges and Don Cherry. Out June 18.

Living Things, Linkin Park
Their fifth studio album follows the band's original sound but adds a twist. Track Burn It Down packs in a tight rhythm and delivers with potency. The album will hit stands on June 26.

The Casual Vacancy, JK Rowling
After years of being associated with the Harry Potter franchise, Rowling's first book for adults is a dark satire about a town ripped apart by parish council elections. 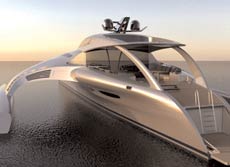 TRAVEL IN STYLE
Five years after it was commissioned by billionaire Anto Marden, the Adastra superyacht was unveiled in China this April. Designed by Sussex-based yacht designer John Shuttleworth, this floating palace was built in Zhuhai, China and costs an estimated $15 million. The yacht runs 42 metres long, weighs 52 tonnes, slices through water at 22.5 knots and can be controlled from a 50 metre range by an Apple iPad through its integrated ship monitoring system. The superstructure of the boat has been constructed from carbon fibre while the interiors are decked in light weight oak and honeycomb panels. With a total capacity of 15 people, it can accommodate nine guests in addition to a sixmember crew. Described by Boat International as the World's Most Amazing Yacht, the vessel is used by its owner to commute between the two islands he owns off the coast of Indonesia. A charmed life.

Sandwiched In
Bridging the culinary gap between discerning fine diners and street-hawker hunters, the sandwich is a universal favourite. After a gruelling global search, Travel and Leisure magazine has revealed their annual list of the Best Sandwiches in the world, with some unlikely winners. While paying tribute to regulars like the croque-monsieur and Massachusetts' lobster rolls, the list pinpoints lesser known winners like Mario Batali's sandwich filled with squid in its own ink, a Vietnamese banh mi sandwich topped with a fried egg, and Martin Blunos' sandwich stack of cheddar blended with white truffles priced at $176. Tuck in.

THINGS TO DO THIS MONTH 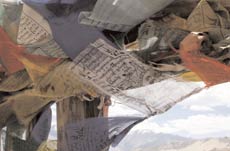 LADAKH INTERNATIONAL FILM FESTIVAL
In its very first edition, this international event has received an overwhelming response from around the world. With support from some of the most prominent names in film including Santosh Sivan, Deepti Naval and Shekhar Kapoor from India, it will be held 13,500 feet up in the mountains from June 15 to 17.
Website Liff.in GRANADA INTERNATIONAL MUSIC AND DANCE FESTIVAL
The Festival International de Musica y Danza in Granada, Spain, will be held from June 22 to July 8. Staging performances by acclaimed artists in the fields of classical music and dance, the event will be hosted at historic buildings and concert halls scattered all across the city.
Website GranadaFestival.org

FABRICS AND ACCESSORIES TRADE SHOW
Now in its ninth edition, the fabrics and accessories trade show is the country's
premier event in the textile and merchandising industry, where manufacturers
and suppliers get to showcase their quality products to discerning
buyers from around the globe. To be held between June 1 and 3 in Bangalore.
Website FandAShow.com

FABRICS AND ACCESSORIES TRADE SHOW
Now in its ninth edition, the fabrics and accessories trade show is the country's premier event in the textile and merchandising industry, where manufacturers and suppliers get to showcase their quality products to discerning buyers from around the globe. To be held between June 1 and 3 in Bangalore.
Website FandAShow.com WIMBLEDON 2012
After a long drawn out period of wild card playoffs and qualifying rounds culminating in the draw, the Wimbledon Championships will begin on June 25 and continue till the Ladies' and Mens' Singles Finals on July 7 and 8 respectively. With Richard Lewis being named chief executive , this year's tournament promises to pack a punch.
Website Wimbledon.com