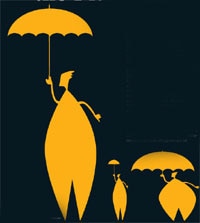 Even the discounts aren’t bringing in the customers. So real estate developers are using innovative ways to sell their projects. Delhi-based Triveni Infrastructure has launched the ‘Fragmented Ownership Program’ to sell the shops within its existing residential projects in Faridabad. Under this scheme, the company has divided the 125-sq-ft shops into 25 units of 5 sq ft and is selling them to an equal number of people on a joint-ownership basis. The buyers must pay a minimum of Rs 50,000 for a unit.

The company is offering a rental return of 12% a month and an ‘assured’ buyback at a 30% premium after three years. At the end of this period, you can also sell your part of the property to anyone other than the developer. Is this just a strange concept or will it translate into good returns for the investors? “It may be difficult to get out of such investments as apart from the developer, there will be very few buyers in the open market,” says Anuj Puri, chairman, JLL Meghraj. If nothing else, this scheme has let the cat out of the bag—the developers are desperate for customers. Your wallet is stuffed with plastic... and credit cards are not the only culprit. Instead, gift cards, travel and expense cards, food coupons, telephone calling cards and other vouchers are fighting for space. You are not the only one distressed by this plastic profusion. The Reserve Bank of India (RBI) is worried too. Fearing that such pre-paid instruments are being used for money laundering, the regulator has indicated that it may subject them to tighter safeguards.

In the offing may be scrutiny of the issuance of such cards based on guidelines such as Know Your Customer (KYC), Anti-Money Laundering (AML) and even the Combating of Financing of Terrorism guideline. All non-bank entities issuing pre-paid instruments will have to approach RBI for authorisation.They will have to maintain an escrow account with their banks to the extent of outstanding balances in the cards issued by them.

This means that the companies giving their employees pre-paid food coupons, (which can also be used for buying provisions), may have to maintain the details of the people who use them. According to the deputy governor of the RBI, V. Leeladhar, “A number of innovative payment instruments/systems have been introduced by unregulated entities. While large unregulated payment instruments present risks to the stability of the financial system, unauthorised retail payment systems, without proper management and operational structures, can undermine public confidence in the efficacy of the payment systems as a whole.” 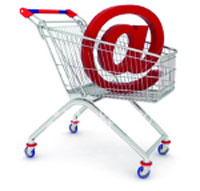 Move over Dubai. The Net is the new shoppers’ paradise. According to the Visa e-Commerce Tracking survey conducted in April 2008, nearly 80% of the Internet users polled in the Asia Pacific region bought something online in the past 12 months. The survey covered 3,000 people in six countries—Singapore, India, Australia, Japan, Korea and Hong Kong. On an average, Indians shopped for $2,147.

The chief attraction for online shopping seems to be convenience and value as nearly 90% respondents said that they preferred the Net because it helped them find the best prices and allowed them to shop any time. About 76% of the Indian respondents, the highest in any country, bought digital entertainment online. Music downloads (63%) were the biggest hit. “With almost four out of five Net users buying online, people in the Asia Pacific region are taking full advantage of the global shopping experience,” says Mohamad Hafidz, Visa’s regional head for e-Commerce in Asia Pacific.

The life insurance needs tend to vary with time as the number of financial dependants may change or your contribution to their wellbeing. But your term plan always remains the same—a fixed life cover for a fixed price. Now you can change the status quo. Aegon Religare has launched two new term plans— Increasing Term Plan and Decreasing Term Plan—that allow you to opt for a fixed, increasing or decreasing cover.

Take the increasing-cover plan. At 5% additional cover every year, a Rs 10 lakh cover will be worth Rs 15 lakh in 10 years and you don’t have to pay any extra amount. This is a good concept as it attempts to index your life cover with inflation. The policies have been structured on the lines of ‘cost of living adjustments’ (Cola). Some other insurers also offer products that follow this principle, but as these two plans bundle it with a pure risk term plan, it is a low-cost, high-value proposition. Similarly, instead of a mortgage protection cover, you can opt for the decreasing cover that closely matches your home loan outstanding and covers the outstanding loan accordingly.

First came the hefty price. Then the record discount. Now they are talking of compensation. The Honda Civic Hybrid, the country’s first hybrid car (running on both petrol and electricity) is now available at 60% of its launch price—a fall from Rs 21.5 lakh to Rs 13.6 lakh. But is it unfair to those who bought the car at the original price? The company spokesperson says that they are yet to take a call on it. Unfortunately, early-bird buyers have no option when such drastic cuts happen. “There is nothing legally wrong with a huge discount as it is the manufacturer’s decision. But the brand loyalty suffers,” says Virendra Jain of Investor Helpline. But if the existing customers raise their voices, companies may be forced to take notice. This is what happened with Apple when it slashed the price of the iPhone. It was forced to offer a rebate of $100 to the customers who had paid the original price of $399.