Despite its focus on reducing carbon emissions, India relies heavily on coal for power production. Here's how some of the country's biggest power producers are preparing for the fossil fuel-free power generation era 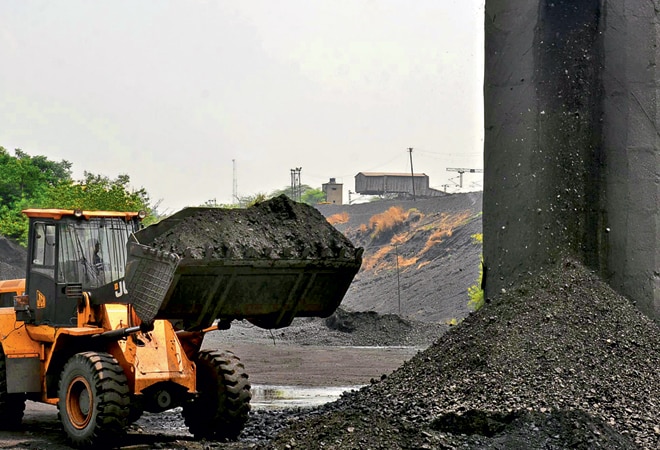 Six years later it's a different story. Tata Power has 12,772 MW of installed capacity, but thermal capacity has been increased to just 8,860 MW. Instead, it now has 3,913 MW of clean power, including 1735 MW of solar and 932 MW wind, 871 MW hydro and 375 MW of waste heat recovery. The increase in thermal capacity was due to an acquisition of Prayagraj Power in 2019. "However, this is likely to be amongst the last investments in coal-based power plants as we turn our sights completely towards cleaner energy," Praveer Sinha, CEO and Managing Director, Tata Power, told shareholders last year.

Fresh investment in new distribution solutions like micro-grid, solar rooftop and solar water pumps in both urban and rural areas are aimed at taking its share of clean and green energy from 30 per cent in 2020 to around 50-60 per cent in 2025. It has a large pipeline of over 1,240-MW solar capacity under implementation in more than a dozen projects.

Tata Power's archrival Adani Power has an even more transformative story. In 2015, Adani had green power capacity of just 300 MW. It was predominantly a thermal power firm with a capacity of 10,440 MW of thermal assets, thanks to aggressive acquisitions and huge greenfield coal-fired plants built over the years. Six years down the line, Adani has added just 2,000 MW to its operational thermal capacity of 12,450 MW. Another 1,600 MW is under construction. But, in the meantime, Adani Group shifted focus dramatically to renewables and incubated separate renewable companies. Currently, it is the world's largest green energy developer with 14,800 MW of renewable energy projects (3000 MW are operational and 11,845 MW under implementation). In the last four years, when the solar power industry in India was growing at over 25 per cent, Adani grew 161 per cent. Chairman Gautam Adani has set an ambitious target to be the world's largest renewable company by 2025 with just green energy capacity of 25,000 MW.

Peak-load demand and energy requirements in India are likely to rise from over 1,70,000 MW in FY20 to over 4,30,000 MW by 2037, at a compounded annual growth rate (CAGR) of over 4 per cent due to economic recovery and rising population. India's energy sector, meanwhile, is going through a major transition, from highly polluting coal-based power generation to green energy resources such as solar and wind. If India added 82,000 MW of coal projects during 2010-15, solar generation capacity addition during the same period was 3,000 MW from almost zero. In the next five years, when the country added another 58,000 MW of coal capacity, solar addition grew by 34,000 MW. During 2020-2025, India is expected to add another 32,000 MW of coal capacity, with solar contributing 62,000 MW. In the next five years from 2025 to 2030, while coal capacity addition will dwindle to 1,000 MW, solar will increase to 1,18,000 MW, according to the estimates of the International Energy Agency (IEA).

While efforts are on to reduce India's carbon footprint, experts say despite the ambitious targets, the country's reliance on coal will still have to continue for at least two-three decades to ensure energy supply to its growing population.

The government decided not to promote coal-fired power plants and launched an ambitious plan since 2015, with a target of 4,50,000 MW of renewable capacity by 2030, according to the goals set out under the Paris Climate Agreement. The Indian pledge is to improve the share of non-fossil fuels in electricity generation capacity to almost 60 per cent, well above the targeted 40 per cent. Coal-fired power plants in India account for 1,104 million tonnes (MT) of CO2 emissions, iron and steel industry 304 MT, cement 211 MT and other industries 247 MT, according to IEA estimates.

Experts, however, are skeptical about the targets and fear missing the renewable deadlines.

"High dependence on fossil fuels (above 60 per cent of the generation mix) and growing demand will keep coal relevant in Asia-Pacific markets such as China and India for the next one-three decades. While "China may under-promise and over-deliver on its renewables targets, India may over-promise and under-deliver," says a S&P Global Ratings report published in March on 'Energy Transition In Asia-Pacific'.

According to the study, though renewable addition is likely to be more than two times for coal in India, new plants will continue to be built until 2030, and will contribute more than 50 per cent of energy needs (down from 70 per cent in 2020). S&P predicts that Indian coal-fired power plants will produce more than two times of their 2020 level of electricity by 2050, thanks to increase in generation with a young coal-fleet (65 per cent capacity is less than 10 years old) and higher utilisation.

Experts say economics, rather than emissions, will drive energy transition for India, though the country will fall short of its targeted 1,75,000-MW renewable capacity by 2022 and reach only half the target by 2050. Over $500 billion worth of investments are likely to happen in renewables over the next 10 years in the country, with a decline in cost per megawatt for solar investments. An International Renewable Energy Agency (IRENA) report estimates that cost of setting up solar projects in India dropped by 80 per cent between 2010 and 2019. While the cost of setting up a new power plant of 1 MW (gas/coal) is about Rs 4-5 crore, that of solar has come down to less than Rs 4 crore due to intense competition and aggressive bidding. Aversion to coal and a rush for green finance may help renewable projects, but developers are likely to face financial burden as well. Higher import duties on Chinese panels could delay rollout and affect costs, while storage will be key to success of new and round-the-clock power technology, says S&P.

By 2040, India will have 1,40,000 MW of battery capacity, the largest for any country, and close to 2,00,000 MW in the 'Sustainable Development Scenario', says IEA. Opportunities for huge renewable additions are also opening up a big market. If Indias market share for batteries was less than 2 per cent and worth $100 million in 2019, it is expected to grow as a $22-billion industry with nearly 12 per cent global market share by 2040. If the wind energy technology market was less than $2 billion in 2019, it is poised to grow over $11 billion by 2040. Solar PV industry is also set to grow from just over $2 billion to nearly $10 billion.

In the near term, India's large grid and coal-fired power fleet will meet the bulk of flexibility needs, supported by hydropower and gas-fired capacity.

"Keeping up the momentum behind investments in renewables also means tackling risks relating to delayed payments to generators, land acquisition, and regulatory and contract uncertainty," according to IEA.

Rooftop and on-ground solar projects are also gaining in India, as corporates and industrial hubs invest in reducing carbon footprint and securing dedicated and cheap power supplies, says Sanjeev Aggarwal, Managing Director and CEO, Petronas-owned Amplus Solar. "We already have 200-plus commercial and industrial customers. We own and manage a portfolio of 800-plus MW of operational and under-constructed solar assets across India with 400-plus projects spread over more than 275 locations," he adds, citing that CO2 abatement over the lifetime of these projects amounts to 12.19 million metric tonnes.

Despite the increase in generation of green power, one concern is how to meet peak load demand and bring stability to the grid, as investments in distribution and last-mile connectivity are still an issue in India.

"India has been adding 10,000 MW over the last two-three years, and needs to add three-four times of that to reach the target. The rise in penetration of renewables will mean more demand for storage and better-quality power," says N. Venu, Managing Director, Hitachi ABB Power Grids India, adding, power distribution companies have to invest in technologies across the spectrum - supporting interconnections, building a backbone for transmission, renewable energy integration, building next-generation HVDC (high voltage direct current) and other technologies to improve quality and delivery of electricity.

Covid-19 affected capacity additions and clean energy plans across the globe, and reduced India's power consumption by 15 per cent in the last one year. Experts say India will grow once the pangs of the pandemic are over, but dependence on coal for power production will continue for another one or two decades. The momentum in solar capacity additions, shift to cooking gas and 100 per cent electrification in rural areas, electric vehicles, green buildings and renewed focus on clean fuels, including natural gas, augur well for India, in its pursuit to become a carbon neutral country, they add.

Will the road ahead be green for the countrys power sector? Only time will tell.