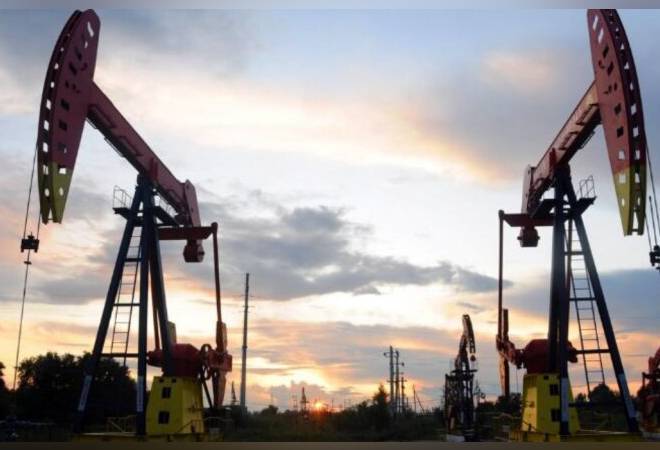 On Wednesday, the US and Brent crude benchmarks jumped about 6% after a ship ran aground in the Suez Canal

Oil prices lost $3 per barrel on Thursday as worries about demand due to new pandemic restrictions in Europe countered supply concerns that had lifted prices a day earlier when a container ship blocked the Suez Canal, .

"There's a sense that the market is overdone," said Phil Flynn, senior analyst at Price Futures Group in Chicago. "A lot (of the sell-off) seems to be technical. If we get much below where we are now, it opens up the technicals for more selling."

On Wednesday, the US and Brent crude benchmarks jumped about 6% after a ship ran aground in the Suez Canal, one of the world's most important oil shipping routes. The Suez Canal Authority said on Thursday it had suspended traffic temporarily while eight tugs worked to free the vessel.

"We believe that the incident mostly creates noise in the market and should remain without any lasting fundamental impact," said Norbert Rucker, analyst at Julius Baer bank.

Wood Mackenzie's vice president Ann-Louise Hittle said a few days of delays in crude or product traveling through the Suez Canal to Europe and the United States should not have a prolonged impact on prices in those markets.

The impact of the Suez Canal blockade on oil prices is also limited as the destination of most oil tankers is Europe, but European demand is currently weak due to a new round of lockdowns.

"If Europe was in a better state in its COVID-19 battle, then the disruption would possibly create a more prolonged issue but this is not the case. That is why traders today quickly corrected some of the previous day's gains," said Rystad Energy's analyst Bjornar Tonhaugen.

The technical manager of the ship said another effort to re-float the vessel will be undertaken later in the day. The salvage company said it might take weeks.

Given persistent demand worries and falling prices, expectations are growing that the Organization of Petroleum Exporting Countries and allies, together called OPEC+, will roll over their current supply curbs into May at a meeting scheduled for April 1, four OPEC+ sources told Reuters.

A strong dollar also weighed on oil prices. The dollar hit a new four-month high against the euro as the US pandemic response continued to outpace Europe's. A rising US dollar usually makes greenback-denominated oil more expensive for holders of other currencies.