A report by Credit Suisse said Bajaj Auto aims to grow its share in the domestic market to 20% by the end of this fiscal year, from 16% currently, and to 24-25% over the next two-three years. 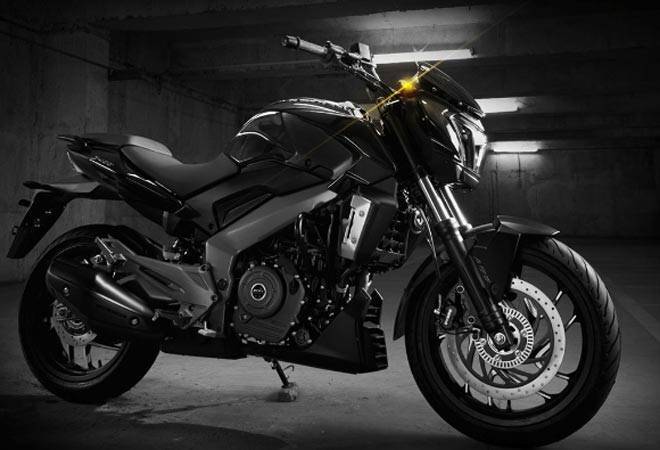 The Bajaj Auto stock took just three sessions of trade to erase all the gains it logged in 10 sessions during the last one month. The stock lost 475 points in the last three trading sessions compared with a rise of 445 points between June 28 and July 11.

The rise in stock can be attributed to a record rise in June sales. On July 3, 2018, the firm said it reported a 65 per cent rise in total sales in June.

Another factor which led to a rise in stock was that more brokerages cut their sell positions when June sales data was announced.

The sell side or underperform calls were reduced to just seven on July 3 compared with 14 on May 22.

On July 3, 26 of 49 brokerages covering the stock rated it as a "buy" or higher, 16 "hold", three "sell" and four underperform, according to Reuters.

The rally lasted till July 11 when the stock reached a high of 3161. It succumbed to profit booking at and fell to 3115 level on July 19.

On July 20, the earnings of the auto maker were announced which came below street estimates.

According to Thomson Reuters data, the company was expected to report Rs 1,247 crore in net profit forecasted by average estimate of 18 analysts. The net profit also fell short of Rs 1,250 crore estimated by analysts Bloomberg tracks.

Sentiment around the stock was affected as the firm getting more aggressive in domestic motorcycles market, and is prioritizing market share over margins. This would exert pressure on margins.

A report by Credit Suisse said Bajaj Auto aims to grow its share in the domestic market to 20% by the end of this fiscal year, from 16%

On July 23, the stock lost another 151 points on bearish sentiment around it. Yesterday, it fell another 38 points to close at 2650 level.  The stock closed at 2638 level today 12 points below its previous close.

Business Today spoke to several analysts on the movement and future outlook of the stock.

Mitul Shah, Vice President, Research (Automobile) at Reliance Securities said, "Bajaj Auto has delivered a disappointing performance in the first quarter of FY2019 with subdued margin on account of aggressive pricing and product mix. The management has indicated its preference on market share over the margin over next 2-3 years, which led to cutting down margin and earnings estimates by the analysts. This in turn resulted in sharp correction in stock price. Though we expect the stock to remain under pressure over near-term, we do not expect any major downside from the current level.

On the sharp correction, Shah said, "We believe that current price has factored in most negatives, while the risk reward became favourable at current price. Considering strong exports potential, favourable exchange rate, high-margin three wheeler portfolio, leadership in premium bike segment and valuation comfort, we believe that Bajaj Auto is a good BUY from long-term perspective. We maintain our positive view on the stock."

Rahul Agarwal, Director at Wealth Discovery/EZ Wealth said, "Bajaj Auto has cracked almost 14% since its earning report came out; the stock currently trades at 2680 levels in comparison to a high of 3100 ago. The results missed consensus estimates on both topline and bottom-line and margins. Reported net profit came in at Rs 1, 115.23 crore in the first quarter of 2018, up by 20.71 percent on a YoY basis against the consensus estimate of Rs 1261 crore. Volumes came in at 1.22 million units in the April-June 2018 period up by 38 percent on a YoY basis; topline grew by 33 percent and EBITDA margin stood at 18.4 percent.

On the face of it the numbers do not look terrible although they came below the consensus, so what justifies this violent move on the downside?

In our opinion, the problem lies with the strategy the company has embarked upon, in pursuit of market share the company is willing to sacrifice margins that too for the next couple of years.

Bajaj Auto is already on a declining trend when it comes to margin and further dilution in the margins in the era of heightened competition and rising costs would lead to an earnings reset, hence lower valuations. Over all two-wheeler sector is going through cutthroat competition with aggressive pricing and margin pressure for all players.

The company was able to clock a sales growth of 39% this quarter against the industry average of 19%, this number is impressive but not sustainable, we expect that the street is bracing for intense competition in this space with the other two leading players facing similar price action, therefore at this point we do not expect a sharp recovery in the share price.

Bajaj auto would continue to trade around these levels with some upside given the massive correction that has already taken place."

Meanwhile, Credit Suisse has revised its target price on the stock to Rs 3,290 from Rs 3,360. It cut FY19-21E earnings per share by 3% on slightly higher volume but lower margins. The brokerage said Bajaj Auto is better placed than TVS and Hero owing to strong export franchise & low contribution of India two-wheeler profits.

Nomura has downgraded the stock to Neutral and cut its target price to Rs 2911 after Q1 earnings were announced. The brokerage does not expect a full blown price war as Hero MotoCorp reported a 23% y-y volume  growth in the entry segment in 1QFY19 despite price cuts by Bajaj.

Kotak Securities in a report reduced target price of the stock to Rs 2,808.

Bajaj Auto has stated that gaining market share will be the key focus in the domestic motorcycle segment. Pricing action has translated into significant growth for the company (in past few months) in the entry level segment and the same will likely continue in view of management's decision to stick to this strategy. In view of management's strategy of gaining market share at the expense of margin, we revise our estimates lower. We downgrade the stock to Reduce (from BUY earlier) with revised price target of Rs 2,808 (earlier Rs 3,303).

Way2Wealth Research said on a consolidated basis, the stock at Rs 2651 is trading at a PE multiple of 14.8x FY20E and an EV/EBIDTA of 11.9x FY20E. Though the company has shifted focus from price led growth to volume led growth in the entry level segment, this segment constitutes only 14% of overall revenues of BAL and hence is expected to have minimal impact on BAL's earnings.

We cut our EPS estimates by 4%/4.5% for FY19/20 to account for the price activity in entry led segment. Further, the approval for Qute in India bodes well for BAL in the medium-to-long term though the initial volumes are expected to be miniscule. We assign FY20E PER of 17x to its consolidated earnings to arrive at a target price of Rs 3044. We advise investors HOLD the stock with a target price of Rs 3044 per share.

Why PC Jeweller stock has gained over 37% in two sessions