Sectorally, gains in financials, banking, realty and pharma index were capped by losses in media, metal, FMCG, PSU banks and IT scrips 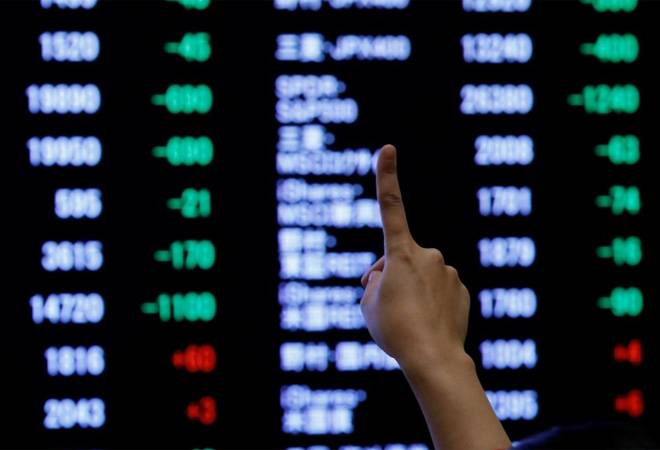 HDFC, Bajaj Finance, HDFC Bank, IndusInd Bank, PowerGrid, UltraTech Cement, TCS, Tech Mahindra and L&T were among the top gainers on Sensex. On the other hand, ONGC, Maruti, Tata Steel, HUL, Bajaj Auto and Sun Pharma were among the laggards. Sectorally, gains in financials, banking, realty and pharma index were capped by losses in media, metal, FMCG, PSU banks and IT scrips.

Overseas, Asian stocks ended on mixed note on Thursday as investors reacted to the latest announcements from the US Federal Reserve.

Wall Street closed higher on Wednesday, with the Nasdaq closing at a record high after the Federal Reserve affirmed their pledge to keep benchmark rate near zero and continue bond-buying. Investors also awaited a potential fiscal economic stimulus package. Congressional leaders closed in on a $900 billion rescue deal that would include a new round of direct payments to consumers. However, that package excludes a liability shield for businesses and state and local aid.

European markets traded higher today as the EU signaled progress in post-Brexit trade deal with UK concerns persists over lockdown restrictions planned during upcoming festive season. Meanwhile, Australia's unemployment rate in Nov which came in at 6.8% Vs. 7% in October.

Keshav Lahoti-Associate Equity Analyst, Angel Broking said,"Global cues were positive: Dow Futures and Nasdaq Futures were up by 0.4% and 0.5% respectively, whereas FTSE was flat. From a short-term point of view, there are no triggers visible that can lead to correction in the market. We believe from hereon, there will be a gradual rally in the market, unlike the sharp rally experienced in the last few weeks."

Vinod Nair, Head of Research at Geojit Financial Services said,"Market is rallying on the affirmation of the US FOMC policy decision to keep rates unchanged and assurance of continued support through further stimulus until the economy reaches the employment and inflation target. Along with this, the market is inching higher on expectations of upcoming events like further stimulus packages, Brexit progress and vaccine developments. Post the recent rally, mid and small caps in India are marginally slowing down, it failed today to participate in the rally with the flattish trend, adding caution ahead forthcoming developments."

Ashis Biswas, Head of Technical Research, CapitalVia Global Research Limited- Investment Advisor said, "The market witnessed some strong trend and an attempt to overcome the resistance level around the Nifty 50 Index level of 13750. While sustaining above 13750 is the key factor from a short-term perspective. We suggest Maintaining above this level market to gain momentum and to open the gate for a movement till 13990. The momentum indicators like RSI, MACD to stay positive and market breadth to improve, further strengthening the view of a short-term bullish outlook."

Ajit Mishra, VP - Research, Religare Broking said," Markets are inching higher with every passing day but lack momentum which shows a positive yet cautious approach among the participants. Since we're closely following global cues, any correction in the global markets may induce profit taking here too. We thus suggest limiting naked leveraged trades and adding positions only on dips."

On Nifty's technical outlook, Rohit Singre, Senior Technical Analyst at LKP Securities said,"Index reacted on previous breakout and opened a day with gap up but saw some profit booking from day's high. Index closed a day at 13741 with gains of 58 points and formed a one doji candle pattern on daily chart representing indecision.  Going forward 13680 will act as immediate support any breakdown below 13680 can lead in more profit booking and we may see index to take a dip towards 13600 zone which is another support on the downside, today's high will act as immediate resistance on higher side which is at 13775"

On the currency front, Indian rupee ended just 1 paisa lower at 73.59 against the US dollar on Thursday amid a firm trend in the domestic equity markets.