Key triggers that are shaping the market today

A fresh fall in oil prices stalled rally on the Wall Street. Asian markets are also trading subdued, and at home Reserve Bank of India has issued guidelines for 'on-tap' licensing. 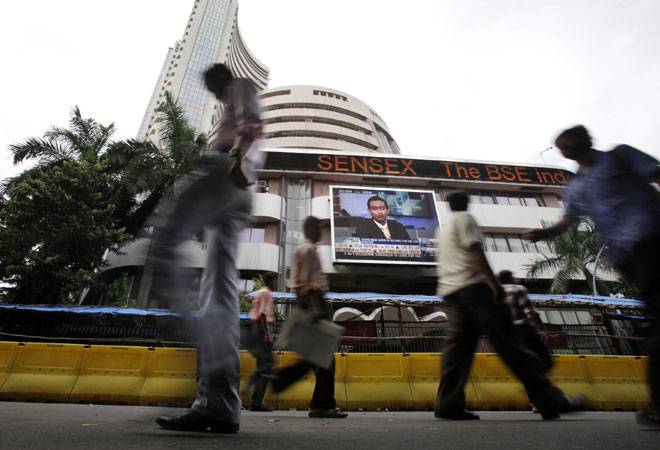 A fresh fall in oil prices stalled rally on the Wall Street. Asian markets are also trading subdued. Republican presidential nominee Donald Trump has just got buffetted by none other than Oracle of Omaha aka Warren Buffett, while at home Reserve Bank of India has issued guidelines for 'on-tap' licensing.

Below is the wrap-up of these and more developments that you must know as you begin your trading day on Dalal Street:

Oil prices tumbled over 3 per cent on Monday on worries of a crude glut despite peak summer fuel demand. US crude tumbled below $40 per barrel for the first time since April, while Brent crude closed down $1.39, or 3.2 per cent, at $42.14 a barrel, after a session low of $41.87.

ALSO READ:GST or no GST, Sensex, Nifty look all set to correct in near-term

The S&P 500 and the Dow Jones closed slightly lower overnight, as a drop in oil prices dragged down energy stocks, while Asian shares also edged lower in Tuesday's trade. Japan's Nikkei was down 0.61 per cent, while China's Shanghai Composite and Hong Kong's Hang Seng was trading flat with negative bias.

The Reserve Bank of India (RBI) on Monday paved the way for entry of new players in banking sector, by issuing guidelines for 'on tap' universal banking licence regime, but excluded large industrial houses from the purview though they can invest up to 10 per cent in new banks.

All eyes on GST

The much-delayed Goods and Services Tax (GST) Bill is all set to be taken up for consideration and approval by the Rajya Sabha members on Wednesday. Finance Minister Arun Jaitley is hopeful the GST will see the light of the day as many opposing voices including that of Congress have relented.

Billionaire investor Warren Buffett openly questioned Donald Trump why he refused to release his tax returns and challenged him to agree to a meeting where they would both release their tax returns. He went on to say Trump has something to hide, and is misleading voters about his success as a businessman and ability to improve the American economy. He also said that after Trump listed his casino and hotel company on the New York Stock Exchange in 1995, investors lost money, even though "in 1995 when he offered this company, if a monkey had thrown a dart at the stock page, the monkey on average would have made 150 percent."