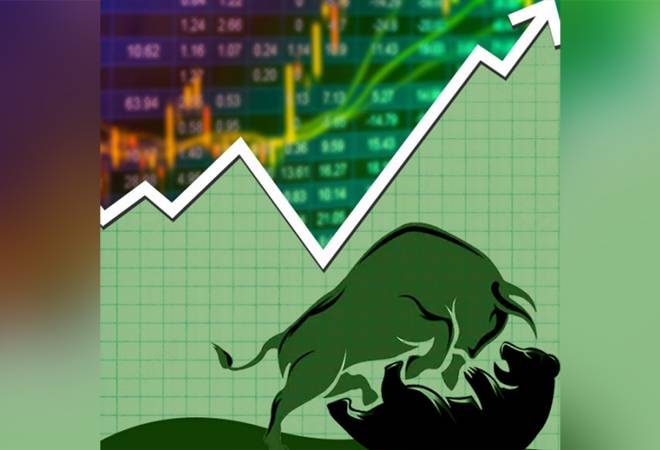 Positive sentiment in banking sector came after share of NBFC Bajaj Finance climbed as much 8.9% to its highest since April 8 following a jump in its March-quarter profit.

Positive sentiment in banking sector came after share of NBFC Bajaj Finance climbed as much 8.9% to its highest since April 8 following a jump in its March-quarter profit. Net profit rose 42% to Rs 1,347 crore in the January-March period from Rs 948 crore a year ago, Bajaj Finance said.

Share of Bajaj Finserv, which was set to report its quarterly results later in the day, rose 2.7%.

BSE auto index too gained 388 points to end at 22,223 in today's session. Sentiment was upbeat in the auto sector after TVS Motor reported nearly four-fold rise in its consolidated net profit in Q4. It reported net profit of Rs 319.19 crore in Q4 on the back of robust sales in the domestic and international markets.

Nagaraj Shetti, Technical Research  Analyst at HDFC Securities said, "The short-term trend of Nifty continues to be positive. After the display of strength to move above the hurdle, one may expect present upside resistance (14,900) to be broken decisively on the upside in the short term. Any intraday consolidation or minor weakness from near the hurdle could be a buy on dips opportunity. Immediate support is placed at 14,750."

Bajaj Finance was the top Sensex gainer rising up to 8.32 per cent, followed by IndusInd Bank, Bajaj Finserv, and ICICI Bank.

Market breadth was positive with 1,792 stocks ending higher against 1,173 falling on BSE.