Most asset classes have seen heightened volatility in 2011. Tensions within the Middle East, downgrading of US sovereign debt and the euro zone debt crisis all stoked volatility.

The commodity market in India witnessed a seesaw movement, mostly tracking global cues. Agriculture commodity prices remained high during the year due to supply side pressure and logistical constrains.

Gold has given a stellar performance despite volatile times, while silver has moved in sync with gold. On the other side, industrial metals, including copper, were among the worst hit in 2011. All metals are headed for a yearly decline of over 12 per cent with nickel being the worst hit. So, what is the outlook for commodities? 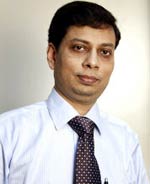 Shripal Shah, Director, Kotak Commodities Services
Gold has been rising for over a decade and supportive factors persist to extend the rally. It is likely to gain support from euro zone debt, loose monetary policies in advanced economies, increasing intervention by central banks in currency markets, inflationary pressure in emerging nations and failure of central banks' in supporting the economy. Robust demand from China and India will also help.

However, in recent months, gold has shown a positive correlation with most financial assets, making it vulnerable to a sell-off if the outlook for major economies is weak. Also, central banks may not loosen monetary policies enough due to fear of inflationary pressures.

Silver saw mixed movement this year but is set to mark its third yearly gain. After a run-up to near record levels in 2011, it shed most of the gains. Weakness in industrial metals and redemption by ETF holders weighed down silver while a higher gold price lend support. Silver may trade firm in 2012 as gold is expected to hit new highs. However, concerns about global economies will limit upside.

Commodity Movement
Click here to Enlarge
Copper's outlook continues to remain cautious. Prices may be subdued amid lingering worries over the debt crisis in euro zone and fears of a contagion dragging down global economic health. Economic growth in the euro zone is expected to stall in 2012, hurting demand for metals from the region. Also, fears of slowing growth in the export-oriented Chinese economy may further weigh down prices.

However, robust demand from emerging markets coupled with the improving pace of recovery in the US may lend support.

Crude oil too saw mixed movement in 2011 but is set to mark its third annual gain. Crude gained earlier in the year on tensions in the Middle East but concerns about major global economies led to a sell-off in the middle of the year. Prices have recovered in the past few months on decline in US crude oil stocks and tensions relating to Iran.

Crude oil may remain on the higher side in 2012 but both supporting and negating factors persist. Euro zone debt problems, sluggish economic growth in the US and a slowdown in emerging nations will keep pressure on prices. However, tensions in the Middle East, easing supply overhang in the US and a tight global demand-supply balance will support prices.

Diversification
Commodities, such as gold and silver, do not have a high correlation with other asset classes. It means it is not necessary for gold to move in tandem with the stock market, which makes it an excellent diversification tool. Besides, gold and silver have delivered consistent returns over the years.

The exact amount of gold to be held in a portfolio differs as per the risk appetite of the investor. As per a World Gold Council report, an independent analysis by Oxford Economics suggests that gold's share of optimal portfolios is about 5 per cent.

The optimal allocation rises in a more inflationary long-run scenario and for risk-averse investors during weaker growth and low inflation. Gold's euphoria might seem a stretch, but with increasing uncertainty about major economies and intervention in currency markets by central banks, gold could be the best alternative asset.

Silver too may get support from gold prices and can generate a handsome return in the long run.

Principle of Averaging
Gold has been a relatively stable commodity. However, we could see fluctuations in the near term. Silver has witnessed sharp changes in the past few months as it is affected by movement in gold and industrial metals. Silver is likely to be choppy in the near term as a weak outlook for major economies raises concerns about demand. Even so, long-term prospects are good. During a global turmoil, it is best to invest in gold and silver to withstand sharp fluctuations, best through a systematic investment plan.

Investing in Commodities
Investors have various options to participate in the commodity market and diversify their portfolio.

Some of these are: buying physical gold and silver, gold-linked funds and structured products, gold ETFs, holding them in electronic form on spot exchanges, gold, silver and other commodity futures and commodity ETFs on international commodity exchanges.

'Auto, pharma and technology sectors likely to perform well in 2012'

Volatile mkt: Discipline is crucial for MF investors in 2012