With the exception of someone living in a cave on an undiscovered island, everyone uses money. Shops accept currency notes and coins, but they also accept credit cards. Is credit card money?

Money is the value assigned to a commodity, a piece of paper, a coin or electronic data (think online banking and credit cards). It can be of different types-commodity money, representative money, fiat money and commercial bank money. Gold coins, cocoa beans, cattle or anything that has a value of its own and is used as a medium of exchange is commodity money. The use of commodity money is similar to barter, except that the commodity used is widely accepted and can be easily handled.

Representative money is token coins and notes that can be exchanged for a fixed amount of precious metals or other commodities. In contrast, fiat money's value is imposed by the government, which makes refusal of payments made in the notified legal tender, in the form of currency notes and coins, illegal.

Instruments such as cheques, demand drafts and banker's drafts are commercial bank money. They exist as entries in ledgers of financial intermediaries and can be used to make payments for goods and services.

Money is not an organic creature but its value keeps changing with the society and its economic conditions. One rupee in 1947 is not the same as one rupee today, both in terms of appearance and purchasing power.

The value of a country's currency is linked with its economic conditions and policies.

The value of a currency depends on factors that affect the economy such as trade, inflation, employment, interest rates, growth rate and geopolitical conditions.

Balance of payments, which comprises trade balance (net inflow/outflow of money) and flow of capital, also affects the value of a country's currency.

"A country that sells more goods and services in overseas markets than it buys from them has a trade surplus. This means more foreign currency comes into the country than what is paid for imports. This strengthens the local currency," says Kishore Narne, head, commodity and currency research, Anand Rathi Commodities, a brokerage house.

Another factor is the difference in interest rates between countries. Let us consider the recent RBI move to deregulate interest rates on savings deposits and fixed deposits held by non-resident Indians (NRIs). The move was part of a series of steps to stem the fall in the rupee. By allowing banks to increase rates on NRI rupee accounts and bring them on a par with domestic term deposit rates, the RBI expects fund inflows from NRIs, triggering a rise in demand for rupees and an increase in the value of the local currency.

The RBI manages the value of the rupee with several tools, which involve controlling its supply in the market and, thus, making it cheap or expensive.

"Some ways through which the RBI controls the movement of the rupee are changes in interest rates, relaxation or tightening of rules for fund flows, tweaking the cash reserve ratio (the proportion of money banks have to keep with the central bank) and selling or buying dollars in the open market," says Brahmbhatt of Alpari.

The RBI also fixes the statutory liquidity ratio, that is, the proportion of money banks have to invest in government bonds, and the repo rate, at which it lends to banks.

While an increase in interest rates makes a currency expensive, changes in cash reserve and statutory liquidity ratios increase or decrease the quantity of money available, impacting its value.

Every generation complains about price rise. Prices shoot up when goods and services are scarce or money is in excess supply. If prices increase, it means the value of the currency has eroded and its purchasing power has fallen.

Let us say the central bank of a country increases money flow in the economy by 4 per cent while economic growth is 3 per cent. The difference causes inflation. If the growth in money supply is 10 per cent, inflation will surge because of the mismatch between economic growth and money supply. In such a scenario, loan repayments will be a lesser burden if interest rates are fixed, as you will pay the same amount but with a lower valuation.

However, if the increase in money supply lags economic growth, the economy will face deflation, or negative inflation. The purchasing power of money will increase when the economy enters the deflationary state. If you think deflation will help you consume more and enjoy life more, you are wrong.

Unless the fall in prices of goods is because of improved production efficiencies, you will have less money to spend. If you have a fixed-interest loan to repay, your debt will have a higher valuation. Yields from fixed-income investments made before deflation set in will, of course, increase in value.

A fantasy world where trees have banknotes and bear coins instead of fruits might sound like a dream come true. Economists will be the devil's messenger in that world when they break the news that your money is as good as dry leaves.

If you are looking for a machine that can print money, just meet someone who actually owns one-the government. Money is printed by governments, but they cannot print all the money they need. When a government prints money to meet its needs without the economy growing at the same pace, the result can be catastrophic. Zimbabwe is a recent example.

After the 1990s land reforms in free Zimbabwe, farm production as well as manufacturing declined drastically. However, the government continued to print money for its expenses. Zimbabweans started losing faith in the local currency. As inflation surged drastically, the Zimbabwean dollars were printed in denominations as high as 100 trillion. After the currency lost its value, people started using US dollars. In April 2009, the country put its currency on hold and switched to US dollars.

In the past, governments used to back their currencies with gold reserves or a foreign currency such as the US dollar that could be converted into gold on demand. The gold standard currency system was abandoned as there was not enough gold to issue money and currency valuations fluctuated with the supply and demand of gold.

In the modern economy, governments print money based on their assessment of future economic growth and demand. The purchasing power of the currency remains constant if the increase in money supply is equal to the rise in gross domestic product and other factors influencing the currency remain unchanged.

Though international trade and movement of people is increasing rapidly, there is no currency that is acceptable across the globe. Whether you go for higher studies to the US or fly to Rio for a vacation, you have to pay for services and goods in the currency that is accepted in the country. Even while shopping online on stores run by foreign companies, you have to pay in foreign exchange.

The foreign exchange rate for conversion of currencies depends on the market scenario and the exchange rate being followed by the countries. Floating exchange rates, or flexible exchange rates, are determined by market forces without active intervention of central governments. For instance, due to heavy imports, the supply of the rupee may go up and its value fall. In contrast, when exports increase and dollar inflows are high, the rupee strengthens.

Not everyone loses in a weak currency scenario. Exporters across the 17-country euro zone, for instance, are benefiting from a weak local currency. Sometimes countries use various ways to keep their currencies undervalued to promote exports. Chinese Renminbi is one such currency that several economists say is undervalued.

Now that we know the factors that determine the value of a currency, how does the rupee in your bank account and purse stand at present? Over the past few months, since August, the rupee has been weakening against the dollar.

"The recent fall in the rupee was mainly due to conditions in the euro zone, plunging stock markets, falling foreign investment inflows and strengthening of the dollar," says Brahmbhatt of Alpari.

"The decision by the government to allow foreign investors to directly invest in Indian equity could bring some capital flows and have a positive impact on the economy and the rupee," adds Narne.

The rupee has recovered somewhat in January, but the danger still looms. If you need some foreign currency in the future such as for the tuition fee of your daughter studying in the US or a summer vacation in Ireland, plan right now and hedge your risk with the help of currency futures. Consider the basics of currency movements and their likely impact before taking your next investment decision. 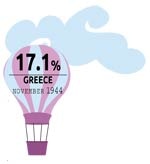 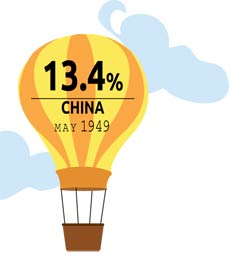 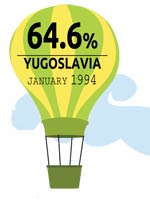 How to build your portfolio to create wealth in 2014