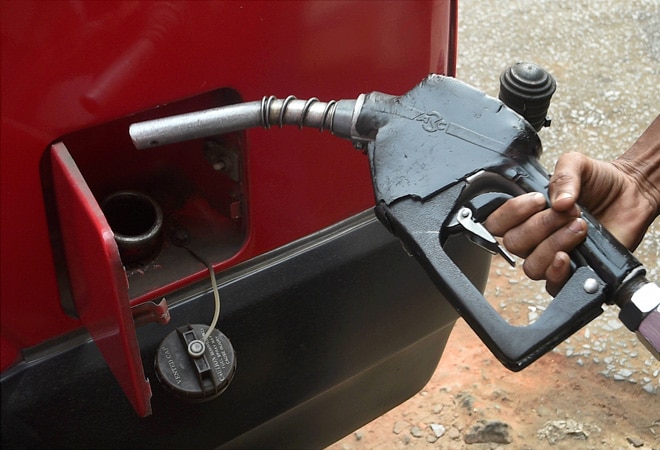 In the current fiscal year, the Central government hiked excise duty on petrol by Rs 13 per litre and on diesel by Rs 16 per litre

Petrol and diesel prices scaled new highs across all the metro cities on Wednesday after a steady rise international crude rates. In the national capital, the price of petrol rose by 30 paise and diesel by 25 paise on Wednesday. With this, the cost of one litre of petrol in Delhi has jumped to Rs 87.60 and that of diesel at Rs 77.73/litre.

The Indian Oil companies began increasing fuel prices on January 6 after a gap of roughly two months. Since then, petrol prices have risen by Rs 3.89 and diesel by Rs 3.86 in Delhi.

The surge in global crude prices follows the world's biggest exporter, Saudi Arabia's decision to unilaterally reduce supply in February and March. This decision came on the back of the other members of the Organisation of the Petroleum Exporting Countries (OPEC) and their allies to go slow on oil supplies in a bid to deplete reserves of consumers and shore up prices. Besides, the arrival of the coronavirus vaccine is another reason for the skyrocketing crude prices.

However, the international crude oil prices cannot be totally blamed for the current hike in petrol and diesel in India, Centre's increasing excise duty and VAT are other are also reasons.

In the current fiscal year, the Central government hiked excise duty on petrol by Rs 13 per litre and on diesel by Rs 16 per litre. Since 2014, duties on petrol and diesel have been increased 12 times while a reduction has occurred only twice.

Currently, the Centre pockets Rs 32.98 per litre of the retail selling price of the petrol. On top of this, the state government also gets an additional Rs 19.92 per litre as VAT. The taxes put together account for 61.3 per cent of the pump price of petrol, one of the highest in the world.

On diesel, the government gets Rs 31.83 per litre as excise, and the states get Rs 11.22 per litre as VAT. Together, taxes account for over 56 per cent of the price that consumers have to pay.

Despite the escalating fuel prices, the Centre in the Budget 2021 did not respond to calls to lower taxes on transportation fuels. Instead, it introduced a new agriculture infrastructure development cess (AIDC) on petrol, diesel and several other imported items. While the Centre clarified that the new cess won't place any additional burden on consumers, states are likely to lose some revenue. The new cess is Rs 2.5 per lire on petrol and Rs 4 per litre on diesel.

Also read: Almost Rs 100 per litre! Petrol, diesel prices in this city are highest in country

Petrol crosses Rs 87 per litre in Delhi for first time; taxes account for 61.3% of price